Greetings you may call me keeper…for I am the keeper of tales. When not trying to squeeze in my fill of the theme park’s version of the holidays I’m putting a dent in viewing my holiday movie collection. I’ve read my fill of praise for Charlie Brown, Rudolph, The Grinch and A Christmas Story and would like to share with you the gift of some lesser seen holiday gems for your viewing pleasure. 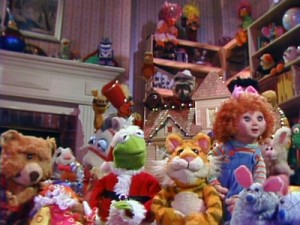 The Christmas Toy
This 1986 made for TV tale was one of Jim Henson’s final projects and a forgotten gem. It tells the story of Rugby the Tiger (voiced expertly by Muppet regular Dave Golez) who doesn’t understand that he is last Christmas’s favorite toy and has to make room for a new addition that his owner will get this Christmas. With the help of his friend Mew, a catnip laced mouse; and April the doll, the favorite toy the year before him; they help him understand that all toys are loved by their owners. After Disney took over the Muppets it seems that they almost wanted to forget this existed. The similarities with 1995’s Toy Story are staggering, and perhaps they don’t want to deal with the comparison. They even held off till 2008 till finally releasing it in DVD. Find it now before they place it in that damn vault and forget about it again, you won’t be disappointed. Click here for more information or to purchase! 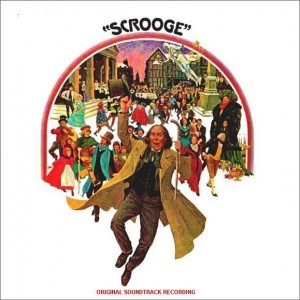 Scrooge
A Christmas Carol is one of my favorite stories, Christmas or otherwise, of all time and I love every version of this every produced but there’s a special place in my heart for this 1970 musical staring Albert Finney. Musicals are a different animal than normal films and it’s tricky to make them work without seeming silly. Let’s face it in the real world or hell even in a movie world if I wanted to walk across the street, I’d just walk across the street. In a musical I’d sing about walking across the street, do an elaborate dance number and take 3 and a half minutes to do the same walk. To make that work in the context of Dicken’s ghost story is a true Christmas miracle. It works as a damn good version of Christmas Carol and as a damn good musical. Finney was 34 when he made it and I did not know he was NOT the old version of Scrooge until many years after my first viewing. An amazing job capturing the heart and soul of the character and the story. Click here for more information or to purchase! 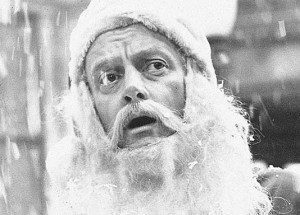 The Night of the Meek
Many years ago there was a series of VHS tapes sold during the holidays that were Christmas episodes of classic TV sit-coms. Hidden with its jokey cousins was this single episode from season 2 of Rod Serling’s Twilight Zone series. In it Art Carney stars as a down on his luck everyman who gets fired from his holiday job of being a department store Santa. He comes across a magical bag in an alley that seems to have a never ending supply of gifts that are a perfect match for his friends. A very different kind of episode for this series but it still holds up well. Serling’s closing lines still get to me every time I watch it. “A word to the wise to all the children of the 20th century. Whether their concern be pediatrics or geriatrics. Whether they crawl on hands and knees and wear diapers or walk with a cane and comb their beards. There’s a wondrous magic to Christmas and there’s a special power reserved for little people. In short there is nothing mightier than the meek.” Click here for more information or to purchase! 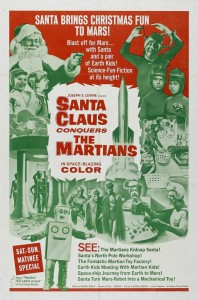 Santa Clause Conquers the Martians
You don’t need the Mystery Science Theater gang’s help to enjoy this. Watch the real deal the “Plan 9 from Outer Space” of Christmas movies. Even by 1964 standards this looks cheesy. Bad acting, insane costumes, cheap sets and a script that apparently was written under some heavy duty medication. Hell it makes the Charlie Brown thing look high tech! The story… well Mars is having trouble with its kids and the only solution is them kidnapping the big guy…f%#* it doesn’t matter what the story is it makes no sense anyway! Check it out if only to cleanse your palette for the next treat. Click here for more information and to purchase! 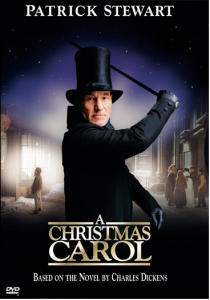 A Christmas Carol staring Patrick Stewart
I’ve already confessed my adoration for this story and I’m not going to bore you with that or yet another great performance on film. I’m not recommending the 2000 made for TV version but going back to it’s inspiration. Stewart use to do a one man show reading of Christmas Carol where he performs all the characters. In the late 80’s this was recorded as an audio performance and was re-issued often over the years, the most recent in 2006. You can see that the guy has a passion for the story in this amazing telling. He not only does every single voice he even does sound effects! His filmed version was fine but this is the version you want to seek out. An actor, a microphone, and a classic story. It has more power that any visual ever can. Click here for more information or to purchase! 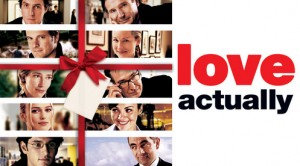 Love Actually
Richard Curtis (Pirate Radio) brought together every working actor in Britain together for this 2003 love note to the holidays. Bill Nighy, Colin Firth, Liam Neeson, Emma Thompson, Keira Knightly, Hugh Grant, Alan Rickman, Rowan Atkinson, and dozens of familiar character actors. I can’t say enough good about this movie. It is a multi-storied epic that weaves it’s way thru a half dozen tales that explore different types of love with the backdrop of the holidays. It’s what Gary Marshall wishes he could pull off in Valentine’s Day and New Years Eve. DO NOT compare this with them, perhaps a more accurate comparison would be American Graffiti where the stories all take place during a short period of time and they all intersect and overlap each other. As always Nighy steals every frickin scene he’s in as the washed up rock star trying to make one last grasp at fame with a holiday release. Rickman gives one of his most subtle and deep performances in his career as the loyal husband and businessman tempted by his secretary to stray. What can I say about Rowan Atkinson, he’s in full Mr Bean mode and is a force of nature being captured on film. The scene with him and Rickman together is a study of two actors doing what they do best. There is literally no bad performance by anyone in this picture and as is usually the case with Curtis’s films there’s even more gems on the cutting room floor that couldn’t fit in so make sure to check out the deleted scenes. In addition to being one of my favorite Christmas movies it’s one of my top movies of any type. No mater if it’s December or not, we can use as much love as we can get, actually. Click here for more information or to purchase!