Very much accustomed to acting in fairy tales star, of ABC’s hit show Ginnifer Goodwin was able to become part of yet another one as she visited Universal Orlando, and of course The Wizarding World of Harry Potter. 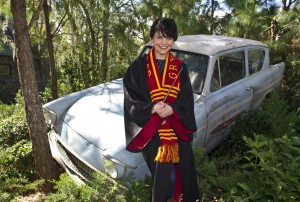 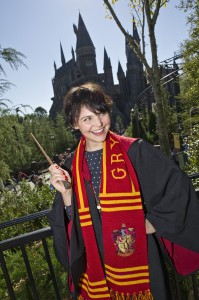 Ginnifer has previously appeared in successful films such as “Mona Lisa Smile” and “He’s Just Not That Into You” and currently stars in ABC’s hit TV series, “Once Upon a Time.”

For more information on Universal Orlando, including tickets to the Wizarding World of Harry Potter, visit the official website!