SeaWorld Orlando kicks off the holidays

Sea World Orlando has kicked off their annual Christmas Celebration, only this year they’ve amped it up just a bit. You still get your Christmas traditions of lights, music and of course Santa Claus, there’s just a lot more of it. From a new show, to more trees added to the “Sea of Trees”. This Christmas Sea World once again surprises. 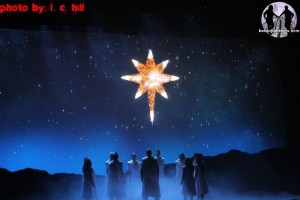 The new show at Sea World, O Wondrous Night, tells the classic story of birth of Christ with a theme park twist. It’s completely respectful of the story while at the same time making it contemporary and very much it’s own take. The story is full of singing, dancing, puppets and live animals. 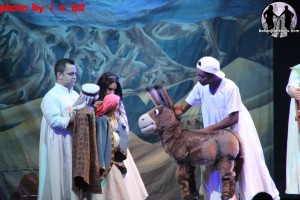 The star of the show is the puppet donkey. Really a lot of fun for the whole family. The show is held in the Nautilus theater, where Allure:Call of the Ocean is shown. Make sure you get to the theater at least 30 minutes ahead of time as the show will fill up quickly.
More from O Wondrous Night:

The Sea of Trees made it’s debut last year, but this year it gets a few more trees added to the mix to make a true “sea of trees”. 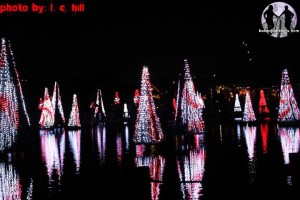 There are about 159,000 LED’s in the trees and essentially the trees are turned into a low resolution image screen. The trees tell a story of the holidays, and runs twice per night, three times during the longer hours. The trees can be seen from anywhere in the park, and unlike the fireworks you can stand on the bridge right in the middle of the water to see the show.

Polar Express and More
In addition to O Wondrous Night and the Sea of Trees there is also the Polar Express Experience in the Wild Arctic area of the park. The attraction is turned into the North Pole, complete with Santa and hot chocolate.

Over at Shamu’s Happy Harbor, kids can play under the lights as all the area gets an all new Christmas make over. 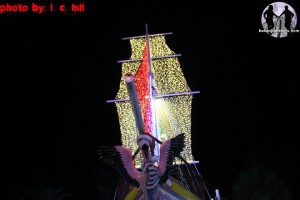 Shamu makes Christmas Miracles in a wonderful nighttime show, and Ice Skaters dazzle once again.
The rest of the park is opened up with tons of new decorations and a loads of new stands along the Bay side area of the park selling all sorts of new treats. 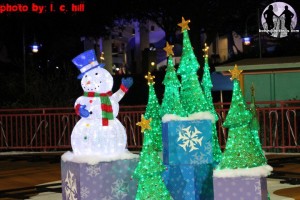 More from around SeaWorld

Overall Christmas at SeaWorld is a must see, all the way until the end. The event is so huge, with so many things to do, it’s something you will want to come back for over several nights. Must sees include Clyde and Seamore, and of course Fireworks. Actually it’s all a must sea.
For more information, including tickets visit the official Sea World Orlando website!