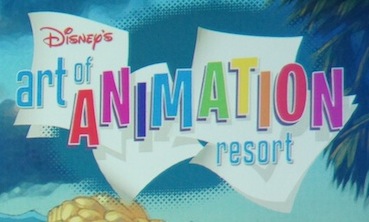 Disney Parks offered a behind the scenes look at some of the work Walt Disney Imagineering is putting into some of the characters that will be seen through out the courtyards.

Ryan Parrish and Bill Hanus explain how the characters from the movie are brought to life for the Resort. Chip Foose, the designer of the flames on Ramone in the movie Cars, also explains how he will be applying the flames to Ramone for the Art of Animation. Chip Foose is also assisting with the Cars Land project at Disneyland.