Dumbo gets ready to fly, Thunder Mountain goes down for a long nap

Construction walls are up all over the place at Walt Disney World Resort, specifically at the Magic Kingdom. More construction walls have  appeared in Fantasyland as they prepare to make an Elephant fly. Big Thunder Mountain Railroad has gone down for a long four and a half month rehab. The Art of Animation hotel continues to make progress. On top of all that, the all new card game Sorcerers of the Magic Kingdom has been in the test phase for about a week. 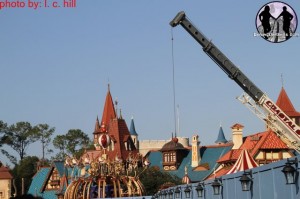 Construction walls have gone up around Dumbo the Flying Elephant, and cranes have arrived to help prepare the Elephant Fly across Fantasyland to his new home at Storybook Circus. The attraction is scheduled to reopen in February, which means that it will most likely open in it’s new home. One has to wonder if Storybook Circus will open, or if there will be construction walls just outside the ride. 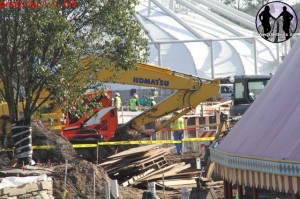 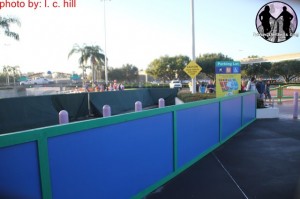 Walls have also gone up in the Magic Kingdom parking lot. Seems to be new poles going in for a new crosswalk or pedestrian area. Does it really matter? Do people honestly care about the teeniest tiniest details like these? Apparently they do..we did take pictures after all.

More construction around the Magic Kingdom: 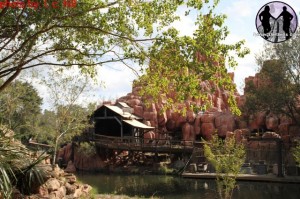 Big Thunder Mountain has closed and will remain so until May 27th. It’s unclear what is being done to the attraction, but with a rehab lasting that long, it’s fairly safe to say that there will be some major track work being done. 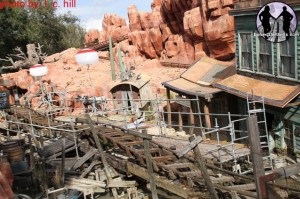 Could we also see an update to effects and story line? Is it possible that we might see some new queue effects like has been done to Haunted Mansion and Space Mountain? But judging from the work areas being setup, we are definitely going to have track work happening.

Sorcerers of the Magic Kingdom has been testing for the past week for guests to try out before becoming a regular part of the attractions at the park. It’s an interactive card based game that takes you on a “choose your own adventure” type of hunt throughout the park. 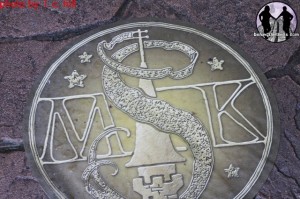 We’re still working on a complete write up, along with a video, but the game has a lot of potential. It’s a great thing to do in the park, and could prove to be a lot more successful than the Kim Possible game at EPCOT. In fact, it could be used to do a game around EPCOT’s world showcase. The game  uses cameras and video screens scattered around the park to create the game.

More Sorcerers of the Magic Kingdom

Crunch time at the Art of Animation resort as the opening date looms ever closer. Tons of work is still happening on a lot of the buildings, and more little details are popping up. Though this going to be a value resort, it’s going to be one of the most intricate looking of the value resorts. 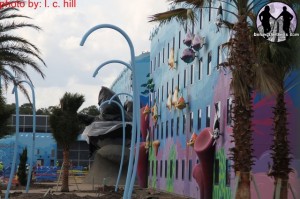 More static figures are going up on the outside of the building. It appears that the most detailed is going to be the Finding Nemo section of the resort. This could be because of the release of the film in 3D in September, which will be huge. 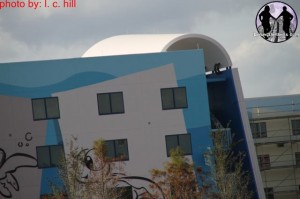 One of the cooler aspects that I’ve seen about the resort are features like this one. It makes the stair area look like a sketch pad, complete with a spiral ring across the top.

The resort opens later this year.
More from the resort:

For more information about Walt Disney World, including tickets, visit the official website.