Here at Behind the Thrills, we love us some Theme Parks. No doubt about it. However, there is a great big world out there, and sometimes we need to take a step out of the parks and look at something else. Join us as we take a look outside of the world of theme parks and into the world of movies, music, television, hotels…pretty much anything else we happen to stumble across. However whatever we look at will have some relation to the theme park world, granted not directly…but in a round about sort of way. So join us now as we lift up the harnesses, put down our cup of Butterbeer and take a walk…Offsite. 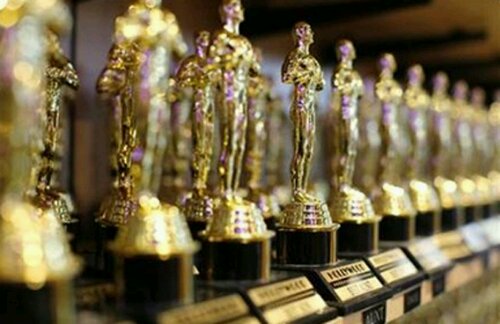 “The Tree of Life”

Kenneth Branagh, “My Week With Marilyn”

Michelle Williams, “My Week With Marilyn”

“The Ides of March”

“The Girl With the Dragon Tattoo”

“The Tree of Life”

“Hell and Back Again”

“If a Tree Falls: A Story of the Earth Libration Front”

“The Barber of Birmingham: Foot Soldier of the Civil Rights Movement”

“God is the Bigger Elvis”

“The Tsunami and the Cherry Blossom”

“The Girl With the Dragon Tattoo”

“The Adventures of TinTin”

“The Girl with the Dragon Tattoo”

“Transformers: Dark of the Moon”

“Rise of the Planet of the Apes”

“Transformers: Dark of the Moon”

A lot of our favorite attractions start out as movies, or at least are inspired by movies. This year, Kung Fu Panda 2, and Harry Potter both received nominations.

Reactions
The biggest things that stick out for me is the absence of anything Disney, if which I’m glad. The academy tends to have a soft spot for Disney films, and they are often nominated just for being Disney films. This year marks the first time since the Best Animated Feature award was created that Pixar has not had a film nominated in that category. Good. Cars 2 was terrible.
Also notable is the absence of Harry Potter from the major categories. This will have fans in an uproar, bit honestly, these films aren’t Oscar material. They’re good, don’t get me wrong, but not Oscar caliber. Instead they’re good for making assloads of money, and pleasing fans. That should be enough for fans of the series. Besides, how many Oscar nominated films this year have their own mega theme park attractions? See my point?

Overall this years crop of films seems very strong. I’ll make my predictions later, but I want to hear your predictions. Who do you think will take home gold?