One brick to rule them all-Could we see LOTR at Legoland Florida?

“One Brick to rule them all. One Brick to find them. One Brick to build them all and in Florida bind them.” Okay, so that’s not exactly how the quote goes, but it very well could. The Lord of the Rings is coming to the world of Lego this summer. The adventures of Middle Earth will yours to build and command, as the hit series will be coming to toy store shelves everywhere! 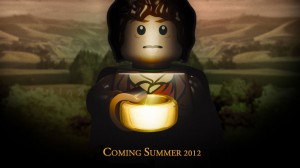 This has got to be one of the coolest, geekiest things that has happened to the world of Lego’s since the brick maker started making movie based sets. In a deal with New Line Cinema, they are bringing huge playsets to stores this summer. The best thing about these playsets are that they will feature not only regular size Lego figures, but Dwarf and Hobbit sized figures as well. Sets will include a battle with the Balrog, the battle of Helms Deep and of course Mordor. Geeks will never leave their basements now!

Truly this is not aimed at kids, as most kids (except mine) don’t geek out over the sight of Hobbits and Wizards (unless that wizard has a scar). While only the playsets are coming out for now, it’s been rumored that a video game can’t be far behind. And behind that? Well, why not a spot in Legoland?

Mind you, this is not even a rumor at this point, but merely some fun speculation.

Legoland California made history by being the first park to include a movie based area in it’s Miniland. Other parks followed suit. But Legoland Florida, as of now, has no plans that it’s mentioned to bring Star Wars, or any other movie franchise to life in it’s picturesque park.

But immediately one has to look at the serene landscape of Legoland Florida and automatically think “Lord of the Rings would fit perfectly here”. Think about it, what better place to go “there and back again” than the former site of Cypress Gardens? Before you go dismissing it, hear me out.

The Lord of the Rings stories take place in an area called Middle Earth. It’s in a time before the age of men, with natural beauty all it’s own. Director Peter Jackson captured it almost perfectly by filming in New Zealand. The landscape of the story is almost as important as the story itself. It has rolling hills, lush green fields, strong rivers and majestic mountains. While Legoland Florida has no majestic mountains, it does have the rest of it. The park does tend to lend itself perfectly to a miniaturized version of the story.

Some of the areas that could be included:

Sure some of it could be a little scary for kids, but Lego has a way of capturing the story without being scary. Take Harry Potter for example, Voldemort is one mean guy, but they manage to capture his “cute” side.  With Legoland’s Miniland, it doesn’t really matter what you put in there, as long as it’s interactive, the kids will love it. But let’s face it, in a park for kids, it’s one thing that will draw the adults in as well.

Again, this is merely a dream, and NOT planned at this point for Legoland Florida, though it would make for a great addition.

For more on Legoland Florida, visit the official website!

For more on Lord of the Rings-Lego, visit the official website.