“It’s a great big beautiful tomorrow!” always seems to be a great theme to this time of the year. We are so ready to look towards the future, especially in the amusement industry. But 2011 has been an amazing year in the industry, from all the great new attractions that have opened, to the new things announced for this year. Some major news has shaken the theme park world, both in good and bad ways. 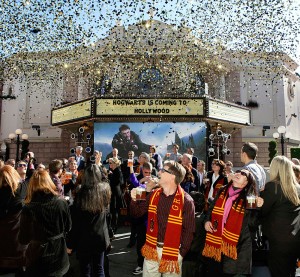 So looking back, one last time, we take a look at the top 11 news stories in the theme park world in the past year. Yes, 11 in 2011 is a bit cliched, but then again..so are we! Here’s a look at some of the biggest stories of the year.

11-Japan Earthquake hits Tokyo Disneyland: On March 11th a massive 8.9 earthquake hit off of the coast of Japan. It triggered a huge tsunami that swept across the country. Right in the middle of it all? The happiest place in Japan..Tokyo Disneyland and DisneySea felt the effects of the earthquake. People became stranded in the park as train service was effected. The staff of the park handled guests in an extremely good manner, and many were able to leave after being held in the park for hours. The park suffered damage to several of the rides, including the monorail system. The park reopened a few months later with all of the rides in operation. Since then Japan has had two more Earthquakes, with the last one hitting January 2nd, 2012.

10-Tropical Storm Lee effects Northeast parks: In an odd twist of weather, Tropical Storm Lee effect several parks in the Northeast, mostly in Pennsylvania. Knoebels and Hersheypark had portions completely submerged. Several rides were damaged, and at Hersheypark’s ZooAmerica, the waters rose so fast that the park was not able to evacuate two American Bison. One Bison drowned, while the other was euthanized to prevent it from suffering. Many fans and critics rose up in arms in outrage, though the park stood by it’s decision. Flood waters went from inches to feet in a matter of seconds. The storm had previously dumped tons of rain and wind to parts of Virginia as well as disrupting operations at Busch Gardens Williamsburg

9-Star Tours 2 Opens at Disney Hollywood Studios: In a case that had many fans going “FINALLY!” Disney unveiled it’s long in development Star Tours 2. The ride not only underwent a huge rehab to the aging vehicles, but it also received upgrades to the queue, the ride film, and the entire experience was converted to digital 3D. The attraction also boasts that no ride will ever be the same, as you have the possibility of getting different missions and being taken to several new worlds. The star of the show, however, was the addition of the digital 3D. It was the first time a show or attraction had been as crisp and clear.

8-Six Flags announces it will “GO BIG” in 2012: Six Flags had a very good year, opening up several new attractions, and having one of it’s legendary coasters-The Texas Giant, receive a revolutionary upgrade. It wasn’t enough for the mega thrill chain, as they announced a new attraction for every single Six Flags Park in 2012. Several parks will be getting new coasters, such as the APOCALYPSE coaster at Six Flags America, X-flight coaster at Six Flags Great America, the Super Man:Ultimate Flight launch coaster, and of course the Lex Luthor’s 400 foot tall “Drop of Doom”. The new President of Six Flags also announced that this wasn’t going to be the last time that every single park in the chain got new toys. Jim Reid-Anderson said that it would be an annual event of announcing new attractions for every single Six Flags park.

7-Sea World Orlando announces massive expansion-With other parks in the Orlando area getting major upgrades, SeaWorld Orlando decided to throw their hat in the ring by announcing two new attractions for 2012, and completely rebuilding another section of the park for 2013. In 2012, the Manatee Encounter attraction will become “Turtle Trek”. The area will feature not only Manatees, but also several different types of Florida marine life. The centerpiece of the area will be “Turtle Trek” a completely immersive, CGI, 3D experience that will completely surround you in the journey of a special sea turtle. Over at Discovery Cove, they are adding “Freshwater Oasis” which allow guests to swim with otters and monkeys. In 2013, the park will open Antarctica:Empire of the Penguins which will be a completely new area that incorporates a dark ride, with live animal interactions, as well as several other attractions.

6-Halloween Horror Nights:Usually Halloween Horror Nights Orlando steals the show, but this year Hollywood kicked up their event into high gear. Houses based on Eli Roth’s Hostel, Alice Cooper’s Welcome to My Nightmare, and of course Universal Films-The Thing and Wolfman made this year’s event the biggest yet for the park. Over in Orlando, Lady Luck scared her way into the hearts of fans, with eight all new haunted houses. The park shared a house with Hollywood with a house based on “The Thing” Prequel, but that’s where the similarities ended. During HHN XX, the park promised that a “new age of darkness” would begin. They kept their word by not only bringing back any familiar characters, but trying new things such as an absence of chainsaws, scarezones that would change through the night, and a completely different show. While it wasn’t the best for some, it was still a change, which is a bold move in haunt season when other parks like Busch Gardens Tampa is sticking to the same old boring houses and shows, and fans cling to the old ways while demanding something different.

5-Disney adds/changes expansion plans:I don’t care what you say, the “New Fantasyland” was a direct response to the Wizarding World of Harry Potter. Once Disney officials saw what Universal was able to accomplish, and the amount of profit they were able to make with the boy wizard, they went back to the drawing board-so to speak. No longer convinced that pixies and princesses were the answer, the park decided to refit their Snow White ride. The Scary Adventures of Snow White dark ride will close, and they will add an all new mine coaster featuring the first Disney princess. Plans also shifted away from pixies, and more towards the familiar princesses. Disneyland opened their Little Mermaid dark ride to so-so reviews, and gave a jaw dropping preview of Carsland and the new rides at California Adventure, giving hope that the area will be a hit.

4-Avatar coming to Disney: No longer convinced that Disney can compete with the likes of Harry Potter with just Princesses and Pixie Dust, they announced that the number 1 box office hit of all times will be making it’s home at Animal Kingdom. James Cameron will be working with Disney to bring the world of Avatar to life in 2015. No word on the types of attractions, but it will most likely utilize cutting edge technology. Cameron revolutionized the theme park world with Universal in the 90’s with T2:3D Battle Across Time. While the skill is definitely there, many critics wonder if Avatar will be as timeless as some of the other Disney properties, or if Disney will invest the money needed to come up with something that will please fans.

3-JAWS closing at Universal Orlando-Just before the holiday season kicked into high gear, Universal Orlando announced that it will be closing one of the most beloved rides at Universal Studios. JAWS was one of the original rides at the park, and has undergone a few transformations. It is reported as one of the most costliest rides to maintain, and has several components that have escalated in price over time. High fuel costs, and the cost of having Skippers on every single boat most likely lead to the decision to close the attraction. On top of that, the park has announced that it will be closing the entire Amity area. After JAWS closes there will only be carnival games and food booths left anyway. The park has tried to close the attraction in the past, but was met with so much fan opposition and support that it decided to keep the attraction open. This time, the park immediately announced that they will be replacing the aging attraction with something new, but have not revealed exactly what.

2-The Wizarding World grows: Who could have foreseen the massive profits that Harry Potter would have brought to Orlando. In a not so shocking announcement, Universal Hollywood also announced that they will be bringing  “Hogwarts to Hollywood”. No details were given, but an entire area of the park, with several rides will have to be demolished in order to construct the new area. In addition, the Orlando park has confirmed that they will expand the Wizarding World of Harry Potter, but have not given details as of when or what. The answer comes in the form of several rumors, and the fact that a major area will be closed very soon. It hasn’t been 100% confirmed, but the Wizarding World will most likely go into Universal Studios in the old JAWS/Amity area of the park. It will focus on the Muggle side of the Wizarding World of Harry Potter, and transport guests next door to Islands of Adventure and Hogsmeade. For a full list of rumors about this, visit here.

1-Legoland Florida: In early 2010, Merlin Entertainment announced that they would be bringing their form of family entertainment to Florida with Legoland Florida. They would transform the derelict Cypress Gardens into a childrens wonderland aimed just at families with children 2-12 years old. They would completely alienate the older crowd, and if you didn’t like it…they didn’t care. Fast forward a mere 14 months later, and Legoland Florida is born. The park completely transformed acres of trees and old buildings and made everything new again. The reviews were positive across the board, and the crowds have been packing the park ever since the gates opened in October. During the busy holiday season, the park reached capacity several times and had to close it’s doors to guests who hadn’t made it through the gates. It had to extend operating hours and even made plans to expand in 2012 with an all new Lego Waterpark.

2011 shaped up to be an amazing year for theme parks, and it looks like 2012 will be even better! Happy, safe and prosperous New Year from Behind the Thrills!
TAG2012 Attractions HHN 21 SeaWorld Orlando Six Flags Universal Studios Florida WWOHP
Previous PostWalt Disney World and Disneyland offering 24 hours of non-stop magic on Feb 29th Next PostJaws closing tomorrow at Universal Studios, get your last rides in!