It’s now the “Year to Be Here!” at Universal Orlando resort. I’m excited, and at the same time not. I love the fact that Universal is trying to compete more with in park entertainment, but at the same time I’m a purist. I would love to see a return to roots of the studios and have it be based solely around films. In fact, Disney pushes their characters so much that they don’t have to rely on outside characters such as Spongebob…Unfortunately that’s not a safe bet these days. You go with the well known license, the well known character and rake in the money on advertising. Not an inspired way to do things, but I suppose a lot of people these days just don’t care, they have short attention spans and want to see what they know. The parks reflect, and propel that these days. Oh well….more imagination for me.

For all you hopeless romantics out there, Disney is going to be adding a Valentine’s Day section to their signature castle show-The Magic, The Memories, and You! It will feature all of Disney’s royal couples, and will adorn the castle with roses and hearts. Awwwww….Now who’s going to be the first one to pop the question during this section of the show? That would be something to see on the castle! Full details

Did you catch Beauty and the Beast in 3D yet? Well, a lot have, and since it’s such a big success Disney has given the go ahead for a live action TV series based on the story. The princess will be “tough” and she discovers a connection with a beast…hopefully this beast is a little more terrifying than Jacob from Twilight. Full story

Disney came out with a few shirts inspired by album covers from the band, Joy Division. The shirts were sold online and at the parks. However, when Joy Division fans, and lawyers got the word the park pulled the shirts. The funny thing? The band didn’t even know! Now the shirts are going for upwards of $200 dollars…so if you have one, hold onto it just a bit longer. It could pay for your next trip to Disney. Full story

Korea is home to the first ever 4D Avatar Park. Now while it uses the name from the James Cameron film, it’s not that Avatar. The idea is similar though, you control an “avatar” in a new world where you both laugh jump and play among other avatars. The technology used sounds amazing, but I’m just not sold quite yet. You dawn 3D glasses and run around a room with architecture to simulate the game. Read all the details…in this world.

Tourist Attractions and Parks Magazine presents the Excellence in Family Entertainment Center Awards. Wow…a mouthful there. You can vote for your favorite family entertainment center. Among those nominated is our very own, Fun Spot USA which is going to be going through a huge expansion in the coming months. Vote now!

A cool mall elevator is making shoppers squeal as they take a glass elevator through a huge aquarium. The mall is in Morocco and the aquarium is a huge conical shaped piece of work. 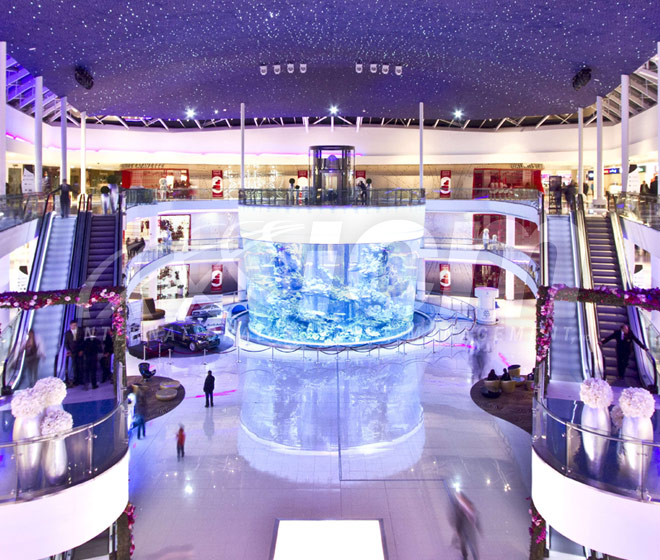 Hey kids, who wants to go kill Hitler! “I do! I do!” “Dad…who’s Hitler?” Yeah, probably not the best idea in the world, but the owners of what use to be the headquarters for one of the most infamous assholes in history are now giving the museum a 2.1 million overhaul. The goal is to make it more interesting for kids….yeah, not a good idea. I’d make a gas shower joke, but that was Auschwitz and still not appropriate. If we forget history, we are doomed to repeat it…but we don’t have to turn history into a fun filled amusement park, especially when that history is some of the darkest of human kind. Full story

Over the summer a group of Muslims were denied access to Rye Playland because of the clothes the women were wearing. The situation escalated, and several were arrested. The cases were dismissed yesterday, but the group is now suing the park for the incident. More details

Former SeaWorld trainers are speaking out about the parks and their whales. The trainers have formed an interactive website called Voice of the Orcas. They want to educate the public about what happens at the parks. Full story

Speaking of SeaWorld, the family of Dawn Brancheau will have one more chance to keep the footage of her death from going public. The family is trying to keep the “death scene footage” from being released to the public. So far they have filed a reverse freedom of information act to have the release blocked. Last week a judge ruled that the family did not have a basis to file such a suit. Would you really want to see it? I mean really…is it really needed information? Full story

Dollywood’s Wild Eagle is on track for the March 24th opening. The ride will be the biggest undertaking in the park’s history. An article lays out some of the cool things guests can expect to see when the attraction opens. Full story

Fans of the Terminator franchise might be pleased to know two things. One a fifth story is going forward…and soon. Thing 2, it’s returning to it’s R rated roots. Yes, you can expect to see blood, guts, violence, and probably man butt. No word on if Christian Bale will flip out on a set worker or not. Full story

What do you get when you mix Aardman animation with DC comics? Something cool, actually