Just two weeks ago Blue Man Group’s Orlando show went dark. Preparations were being made to make the show a little fresher, a little more fun, and a lot more blue. The show came back on line Thursday February 9th for the general public. We were able to catch the first performance Friday night. Were the changes worth it? Will fans be pleased? Will it bring more people in? 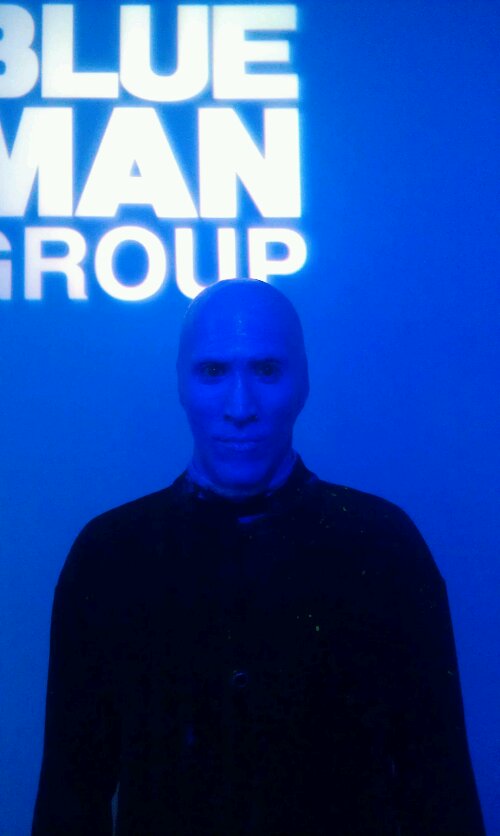 To answer that question, let’s first go back. Before 2007, when Blue Man first came to Universal Orlando I wasn’t a fan. In fact, I had never heard of them. That changed when I was invited to attend a preview of the first show. Not knowing what to expect, I went in openly and was purely floored by the performance. 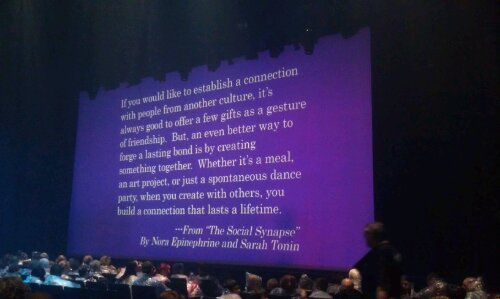 The blue man represented something different for me than most. Most people saw entertaining performances, I saw myself. The Blue Man actually represents us all. We are all part of a group, though we each do things that make us individuals. We all have our quirks and personality flaws that make us who we are. There is a curiosity and innocence to the Blue Man that is child-like, something that the performers understand perfectly. It was that aspect that drew me in, eight times it drew me in.
But does that innocence remain? Well, let’s talk changes. The show has several new elements, including a huge new finale. Of course this means that old favorite portions have been removed. The animation sequence, one of my favorites (with a circle of naked dancing gold men) are gone. So is the portion where the Blue Men have TV’s for heads. Subtle changes are made, such as a funny bit using flash cards is turned into a hilarious bit using “GIpads”, the biggest tablet on the market. Another subtle change goes from having dancing stick figures to a jaw dropping text message effect. Hollywood Rip Ride Rockit is put to good use, and Captain Crunch is back.
New segments take the show from having a throwback feel to being based more in the present. Lady Gaga makes an appearance, and the GIpad segment is really a commentary on how we, as a society, are becoming ever more reliant on technology. Even a text messaging portion drives the point home that we are becoming more and more isolated from the world even though we are sharing more of our lives than ever before because of the internet. Other new segments, including one involving backpack drums are pure magic.
The show never drags, and never feels heavy handed. It does, however feel a little more adult oriented. The feel goes from a rock concert to a dance party, or should I say rave. The show went from the innocence of clapping hands and stomping feet to commanding audience members to shake their butts.
There is also the handling of balls…
While its not offensive in the least, the typical soccer mom may find it to be not along the lines of a Disney show. Ya know, it might make the kids laugh inappropriately. It is worth noting that the original New York show was far more adult I’m nature. 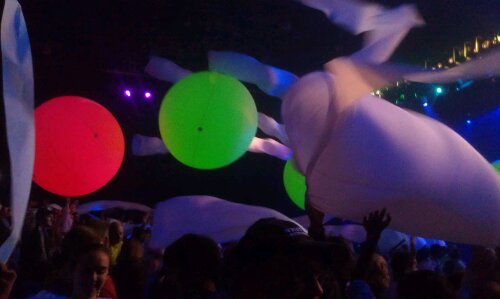 Speaking of balls, that is probably the biggest change to the show. We won’t tell you what happens, but the old paper party is gone.
The show is still familiar, while being refreshing, and it all boils down to the performers. Each show can change, but our show still had the innocence that I loved so much. We are still looking through the eyes of three individuals who are alike, but still on a separate journey. The new parts are equal part funny, magic and amazing, and definitely worth a new viewing for those who have seen them before.

For more information on Blue Man Group, including tickets, visit the official website!