Have a Shrek of a weekend at Gaylord Palms

Last year Gaylord hotels announced a partnership with Dreamworks Entertainment that would bring characters from hit films, Shrek, Kung-Fu Panda and Madagascar to their hotels. The completely frozen extravaganza, ICE! featured “Shrek the Halls” and was a huge success for Gaylord Palms. The hotel continues their winning combination with a very special weekend for families and fans of Shrek. 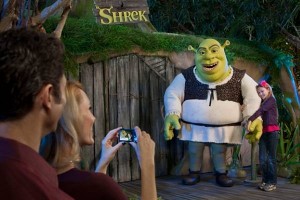 February 18th marks the first ever “Family Fun Night with Shrek and Friends” at Gaylord Palms hotel in Orlando. The special night will have festivities, a special Dreamworks screening, meet n greets and more! A very special discounted rate will give families the following:

Gaylord Palms is an award winning hotel with tons of dining, a Spa and many relaxing features. The hotel also features a one of a kind Atrium with loads of native Florida animals, including Alligators, snakes, salt and freshwater fish. There’s so much to do that the hotel is a day long escape in itself!

For more information, or to book your Family Fun Night, visit the official website!

How To Train Your Dragon 3 trailer hits!