As the Hollywood Drive-In Mini Golf approaches completion at Universal Orlando, they are getting ready for the fans to start flooding in. Social Media is huge today for businesses and companies, including parks like Universal Orlando. Universal Orlando launched their own Facebook Fan Page and Website for the new Mini Golf course. 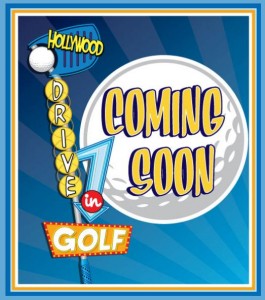 Also according to the official Facebook page the course will open no later than February 29th, which of course is Wednesday. We would expect a late Tuesday opening, after 5p.m. and the final inspection. The Drive-In will be split into two courses, “The Haunting of Ghostly Greens”, which takes golfers through spooky graveyards and a haunted house, and “Invaders from Planet Putt”, which takes us through the belly of a giant worm and has golfers battle a giant robot. Both of these will have 18 holes of mini golf fun.