After the New York Ginats defeated the Patriots in a 21-17 games, the quarterback for the Gaints, Eli Manning, proclaimed “I’m going to Walt Disney World!”. 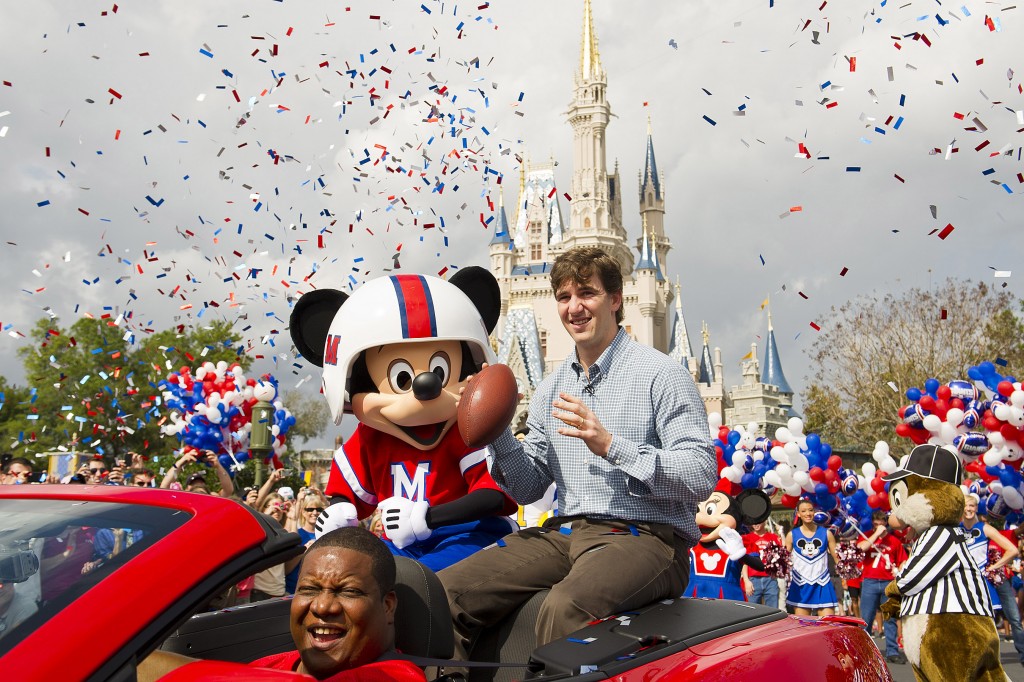 Manning kept a long running tradition going that was set in 1987 after the conclusion of Superbowl XXI when the New York Giants proclaimed they were going to Walt Disney World.

The New York Giants defeated the Patriots in Superbowl XLVI and XLII, both of which Eli Manning was named the “MVP”. Manning rode through Main Street USA with Mickey Mouse, who was dressed in his football gear, as fans crowded along the sides of the streets.