With just over a month left until the grand opening of the all new Turtle Trek, and demolition in full swing on the site of the all new Antarctica:Empire of the penguin, construction walls are all over the place within the park. Foot traffic has been completely rerouted and has changed the flow of the park. Throughout the park signs of progress are everywhere and guests are extremely excited about what lies behind the walls and what the park has in store for the future. 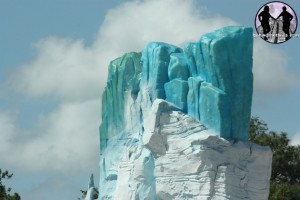 httpvh://www.youtube.com/watch?feature=player_profilepage&v=a50rB0NBfYQ
Outside of the park, on Westwood Blvd, on an empty lot in perfect view of traffic is what has to be the beginnings of Antarctica. Huge 20 foot fabricated glacial tower over an empty lot, with pipes and fittings of all kinds all around. The concept art shows huge walls, this could perhaps be them. Not exactly new, as other sites have been reporting these for some time, but it is the first time we’ve seen them. 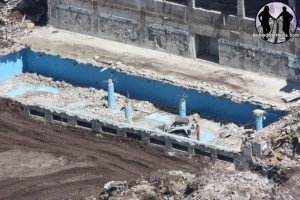 In the park, the best way to get an idea of what’s going on behind the Antarctica walls is to go over them….so to speak. With the SkyTower now included with park admission, it’s a great way to see not only the sights around the park and Orlando,but also a great way to get a birds eye view of construction. Here we see the remnants of the original Penguin Encounter pools.

Speaking of the SkyTower, it is now an included ride with park admission. It seems, however, to offset the price of charging for the tower that they are trying to make it up elsewhere, such as making you pose for a picture in front of a backdrop before you get on the tower. Of course it’s completely optional, and you don’t have to purchase anything, it’s simply fascinating that the park is now opting to do this. 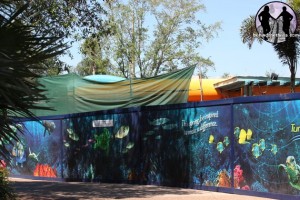 Finishing touches are being put on the outside area of Turtle Trek as bright new colors are adorning what appears to be the festive new entrance.
More Turtle Trek:

Over Christmas Shamu’s Happy Harbor was home to a small train ride for kids. While walls have gone up, the track and area has not reopened, and it appears that the track is still there. Hearing rumors that this will be a permanent attraction for the busy times of the year, such as in just a few days for Spring Break, Summer and Christmas Break. Would make sense. Elsewhere in the Harbor, walls are up and re-netting is taking place.

Back to the SkyTower, we’ve heard for months that the tanks in the Shamu areas will be getting quick rise floors. I believe we have a picture of said floors: 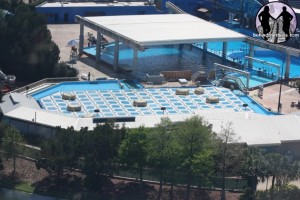 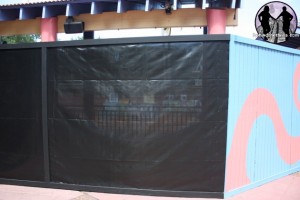 Finally, it was rumored that Atlantis was getting individual lapbars on each boat. 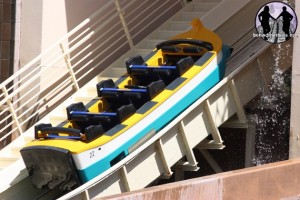 For more information on SeaWorld Orlando, including tickets, visit the official website!