JAWS has been closed since January of this year, but just when you think it’s safe to go back to the theme park…Bruce, the signature photo op that stood in front of the JAWS ride for years has decided he didn’t like his view, and moved. We’ve heard from various sources and interviews that the landmark shark would be staying in the park, but no details were given as to where. 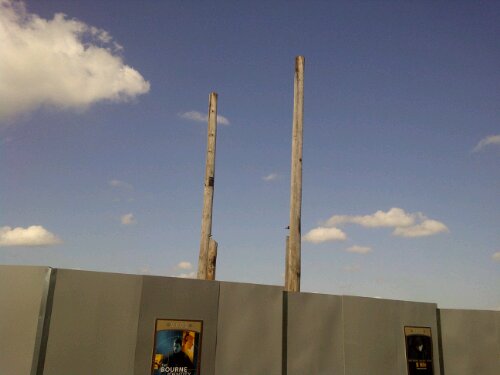 Twitter came alive with panic this morning as the sun rose over the park, and Bruce…was gone. Our own Keeper was jaunting around this morning and sent the above picture to me with the warning.
“Bruce is on the loose.”
The panic was quickly reduced when our ever watchful Keeper sent another picture minutes later. 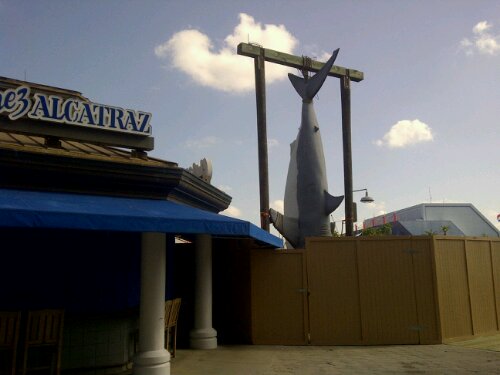 Just beyond the construction walls in between Richters Burgers and Chez Alcatraz sits Bruce, patiently awaiting his next victim.
“I guess Bruce got tired of devouring all those poor innocent islanders, and opted for a burger instead.” 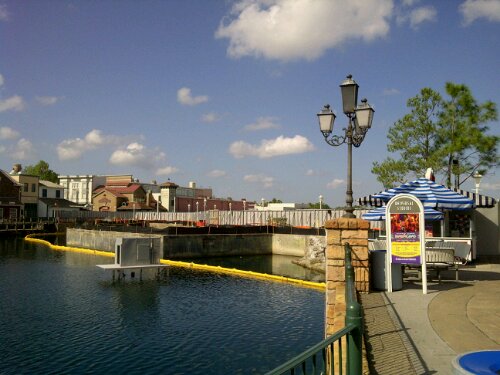 And who could blame him? That’s really all that’s left of Amity as Universal prepares for the next phase of whatever they are building…:::coughcough::::Harrypotter::::cough cough::::
Apparently, behind the walls, a deck is being built for Bruce right by the water, and right by Chez Alcatraz. Rumors are saying that he won’t be associated with “JAWS” anymore, but built into the Fisherman’s Wharf area instead.

As Spring Break descends the park, even more games from the old Amity area have made their way into the bridge near The Simpsons. 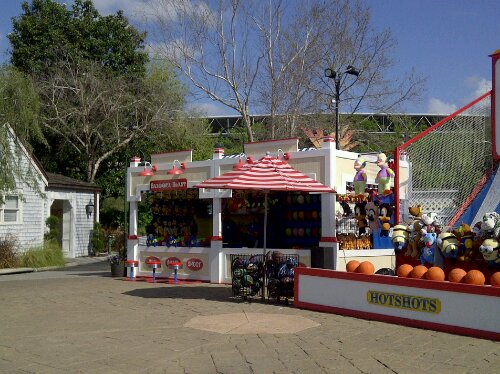 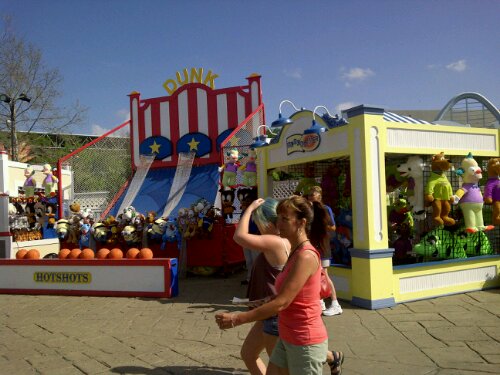 Over at Despicable Me, more minions have invaded as the shell of Gru’s house is fleshing out more. 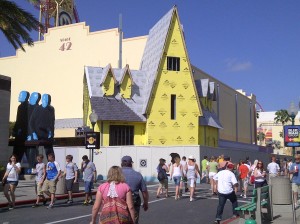 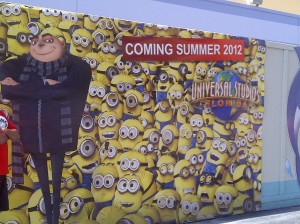 Meanwhile over at Islands, all manner if villains and heroes were out and about. It’s really the great thing about the park being busy, tons of great characters come out if the woodwork. 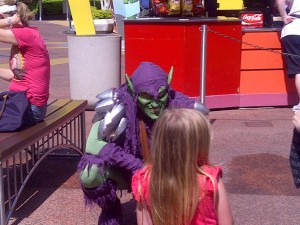 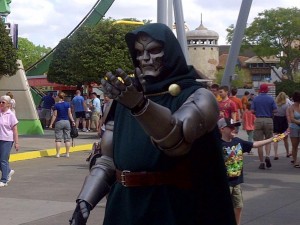 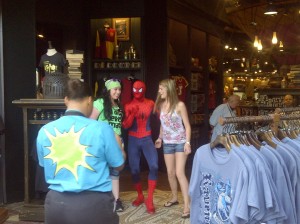 Special thanks to the mighty Keeper for the great pics and information.