The Amazing Adventures of Spider-Man, one of the world’s most cutting edge theme park attractions is getting a makeover. The creative minds at Universal Orlando have taken Spider-Man from the cartoonish 3D world he was in before, and made him and his adventures even more mind blowingly realistic than ever before! From ultra realistic clothes, and backgrounds, to an all new soundtrack, the ride promises to be a step above. There’s even an added bonus on the ride that was never there before. 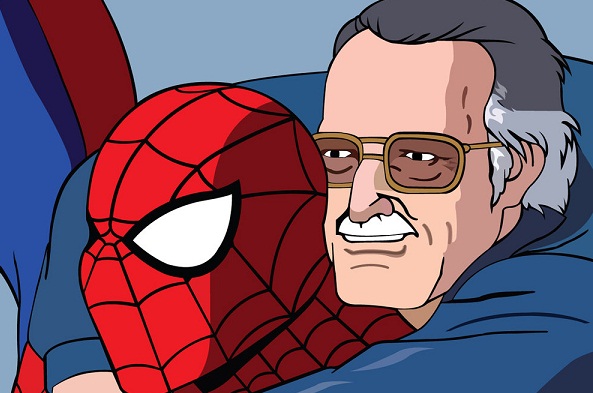 Spider-Man co-creator Stan Lee will be featured in the ride itself. Not only that, but the man himself says that the ride is a step above in every single way.

Stan Lee co-created the Spider-Man character with writer-artist Steve Ditko, and the character first appeared in the 1962 comic “Amazing Fantasy #15”. The character was such a huge success that his own comic was made, and has been the most successful character in Marvel history.  Spider-Man has spawned several cartoon series, video games, a live action television show, and four live action movies (with the fourth arriving this summer) among other media. Stan Lee himself has made cameos in just about every single Marvel movie to date, and will have cameos in the upcoming Avengers and Spider-Man films.

Hey True-Believers, if Stan says the ride will kick ass, then it’s a pretty safe bet. The ride reopens This Thursday (March 8th) at Islands of Adventure  at Universal Orlando.

We will be tweeting live from the park during the reopening, so be sure to follow us on Twitter!