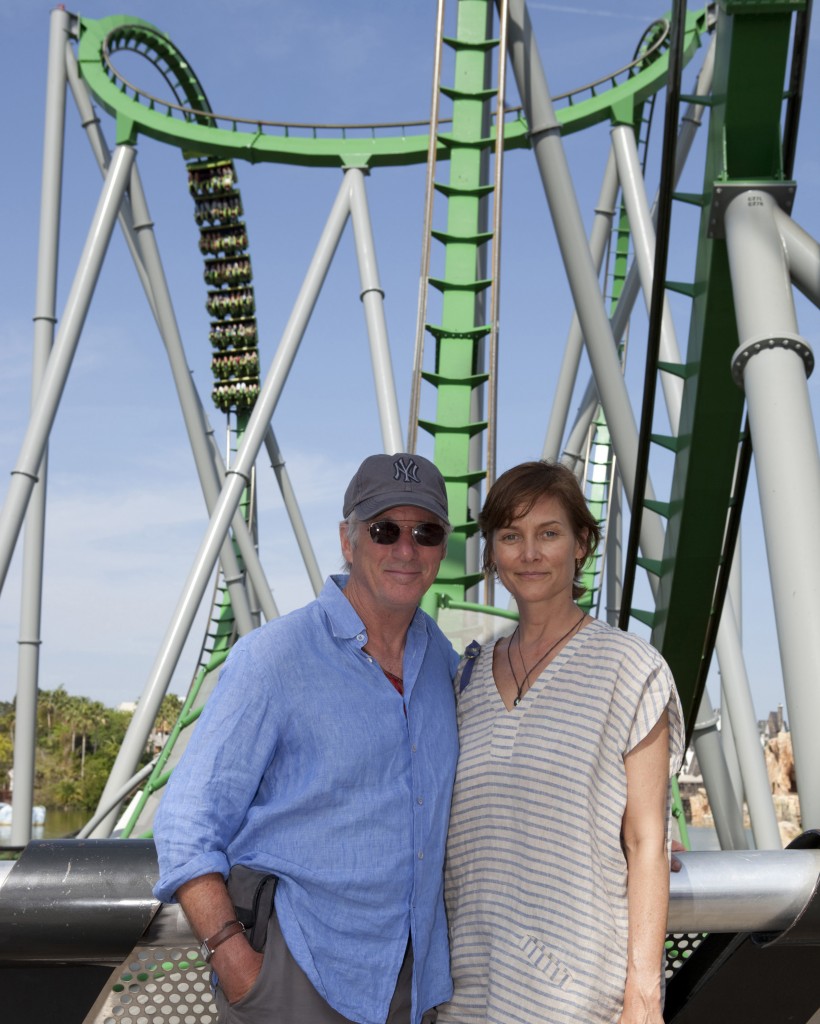 Richard Gere and his wife, Carey Lowell visited Universal Orlando Resort today. During their visit, they experienced several attractions at Islands of Adventure and Universal Studios, including The Amazing Adventures of Spiderman, The Simpsons Ride, and the Revenge of the Mummy. They also explored the Wizarding World of Harry Potter.  Gere has played in several movies including: “Pretty Woman”, “An Office and a Gentleman”, and “Chicago”.