2012 has been dubbed as the “Year to be Here” at Universal Orlando Resort. We have already seen several great attractions open resort-wide, including the re-opening of Spiderman with brand new 4K High Definition video, Hollywood Drive In Mini Golf, and the newly upgraded Blue Man Group show. All have been big hits with park guests, but there is still more to come this year. Three new entertainment experiences are still in the works for Universal Studios including: Cinematic Spectacular, Minion Mayhem, and the Universal Superstar Parade. 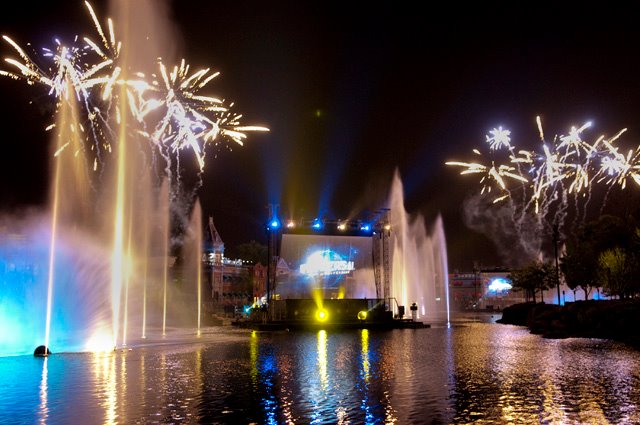 Universal Orlando announced via their Facebook page tonight the show will be happening at Universal Studios on select nights between now and May 8th, when it will officially open. It is a common occurrence for theme parks to put their new attractions into “technical rehearsal” just before the official opening date to work any bugs out with guests experiencing the attraction. It is also an added plus for those of you on social networks who happen to live close enough to the parks to just get up and go, so come opening day, you aren’t fighting the crowds.

No dates have been set for the show to preview before the official opening, however we have an idea of what nights it may be previewing. The dates listed below are possible nights the show may or may not happen.