I love me some theme parks, don’t get me wrong. But my first love is film, and quite frankly I’m a bit jealous of all those film critics who are out in Vegas this week for CinemaCon. It’s basically a show for theater owners, and they get to see not only all the cool new films and hear all the cool new stuff that is coming out in the next few years, but they also get to see all the new technology. One such thing are the new films such as the Hobbit being filmed at 45 frames per second. Your standard 3D film in a theme park is filmed at 24. Can you imagine? Double the frame rate of regular 3D, it might be worth paying the extra money for. Seeing will be believing though.

My theme park news wants to touch your third dimension!

Holy crap is there a lot going on with Disney! First up is a time lapse of the Finding Nemo section of the all new Art of Animation Resort
httpvh://youtu.be/hvwTFhclmNw

Food and Wine is becoming a huge deal for Disney. In fact they are probably becoming more known for their food and alcohol offerings than their newest rides and attractions. So, it’s no surprise that Aulani the Hawaiian Disney Resort is offering it’s own version of the event for the second year in a row. Tickets are now on sale for the event which will happen from September 6th-9th. Full Story

The Magic The Memories and You has gotten two make overs so far, and it will get yet a third when the Magic Kingdom sets an all new scene in the show reflecting the Summer time! May 25th will mark the first time audiences can see the all new segment in the show. If it’s anything like the other new segments, blink and you’ll miss it. Full Story

If you are like millions of other Americans, you need a job. You can now apply to work at Disney from now until April 29th during their online Job Fair. Apply now!

If you are heading out to see the Avengers in midnight IMAX Screenings, you’re in luck, you’ll get a limited edition one sheet that will show off the whole team. If you’re an uber fan, you can check out special Mondo Prints of each character and purchase your favorite. Mondo prints are ultra limited and on the expensive side, and they also sell out quickly, so good luck with that. More details

Disney’s Wreck-It Ralph is starting to sound like the video game equivalent of Toy Story. That’s a good thing. preview footage shows that Disney has gotten the rights to some favorite video game characters including:

Sounds like it’s going to be a blast, and it’s kind of trippy to see Kano from Mortal Kombat in a Disney film! Full story

The Muppets is getting a sequel…we knew that. But what we didn’t know is that it’s happening really soon. 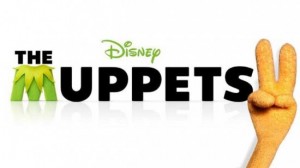 Promotional artwork has been released, and there’s also talks of having a return to Television as well…or at least so says Piggy

Want to own a piece of Kennywood history? You can now purchase models of Kennywood attractions made from crates dating back to the opening of the park. Exciting. Full story

After about four years of delays, Zoomers in Fort Meyers is just about set to open with a bunch of new rides, a mini golf course and more! The park will open in the first week of June. Full Story

Legoland Malaysia is set to open ahead of schedule, September 15th. The park will be the sixth Legoland park in the chain and has been not only ahead of schedule but selling more than what they initially thought it would. Full story

Environmental groups are accusing Six Flags Magic Mountain of bringing something to the Santa Clara River..pollution. The group is planning to sue SFMM due to the excessive amounts of waste in the river that leads directly to the sea. Full story

You know all those Brazilian tourists that you might find annoying? The ones that spend more money in U.S. theme parks than you do and has basically fueled this brand new theme park rennasiance? Well, Brazil has noticed and wants to keep their tourists in Brazil, thank you very much. The government is looking to invest very heavily into amusement parks within the next few years in an effort to keep dollars from leaving the country. Plus, the country is looking for Soccer World Cup visitors to spend more time and money as well. Full Story

An important step in reopening the former Kentucky Kingdom under the new name Bluegrass Boardwalk has just been passed as the State of Kentucky Panel has given preliminary approval for tax incentives. Full story

An American will attempt to break a Guinness World Record for riding a roller coaster. The Record? Riding the Big One at Pleasure Beach Blackpool for 103 Days. The 54 year old will be starting on May 31st and invites people to come ride with him over the summer where he will be until September. Sounds like a good excuse to ride to me. Full story

Fan of the Walking Dead? You can now play in that world via the all new Walking Dead Video Game. Unlike many other games, this will not be a shooter, and will not take place in the world of the TV show. It’s going to be it’s own separate entity. It’s now available for pretty much all console platforms.
httpvh://www.youtube.com/watch?v=fhL776xz9YU&feature=youtu.be