Cedar Point lights up the night with dinosaurs for 2012 season

Memorial Day weekend means that Summer is (unofficially) in full swing. That also means that America’s Roller Coast is already thrilling fans and thrill seekers with their world famous coasters, and white knuckle thrills. This year’s new attractions, however, take guests back in time and into the night as Cedar Point adds two all new features with Dinosaurs Alive and Luminosity. While neither one are coasters, they are both opened with the family in mind. 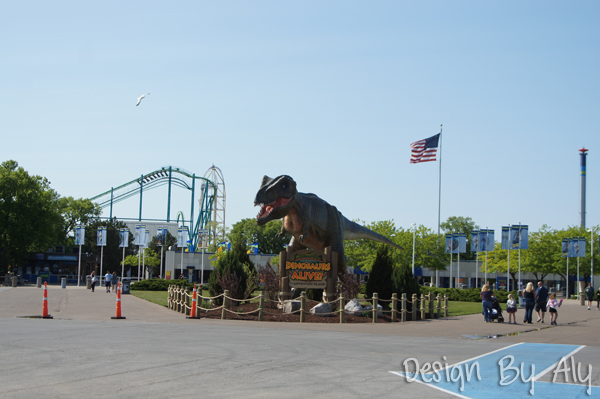 Dinosaurs Alive is located on Adventure Island nestled underneath a slew of coasters. While hearing the roar of these ancient beasts you may also hear the roar of guests screaming by on Top Thrill Dragster and others. Luminosity will give families one more reason to stay until park closing by providing a high energy night time show full of lights, and music. Cedar Point, like every Cedar Fair park this year, has rolled out their answer to skipping the line-Fast Lane.

Here’s Annie from Cedar Point with all the details of everything new this season:

Luminosity is going to be a huge night time extravaganza with dancers, acrobats, music, special effects and special lighting all encompassed in a high energy show. The show will kick off for technical rehearsals June 1st with a special grand opening June 8th. 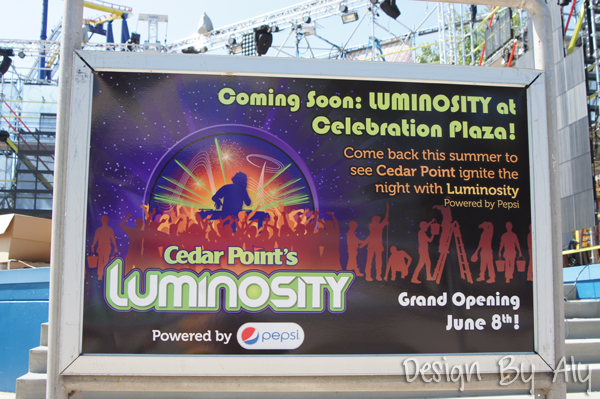 It has taken over Iron Dragon Midway with a stage over 75 feet long, and will feature a preshow with a huge countdown, New Year’s Eve style. This is the biggest live action show attempted by the park ever, and will feature a story combining elements of Land, Space, and Sea. Each section of the show will feature different songs,elements, and stunts.  The show will then go from live stage show to dance party, with a flash mob style performance in which everyone is encouraged to dance along. If that’s not enough, a huge fireworks show will take place as part of the show, and rides like the Ferris Wheel, Power Tower, and Millennium Force will get all new LED lighting packages, literally lighting up the park.

While Dinosaurs Alive has come to many other parks in the Cedar Fair chain, Cedar Point has the distinction of having these towering monsters live under their towering monsters as the paths are often right near some of your favorite coasters. 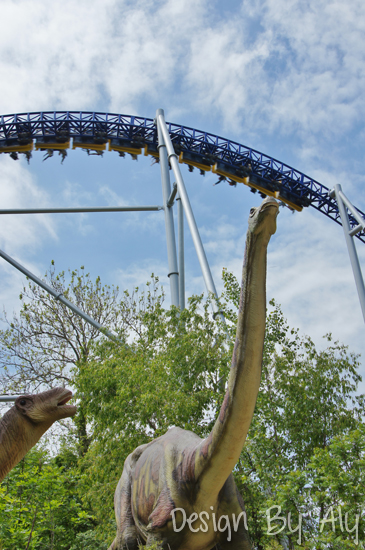 The path is located on Adventure Island and features several larger than life dinosaurs which roar and move into life. The attraction is an additional fee, but provides a break from the long lines and screams of coaster riders. It also gives little ones a new activity with not only the dinosaurs themselves, but also an all new digging expedition where kids can uncover a huge fossil.

The entire experience takes about 60 minutes to see and do absolutely everything, and there are stops for pictures, as well as food and gifts.
More Dinosaurs Alive: 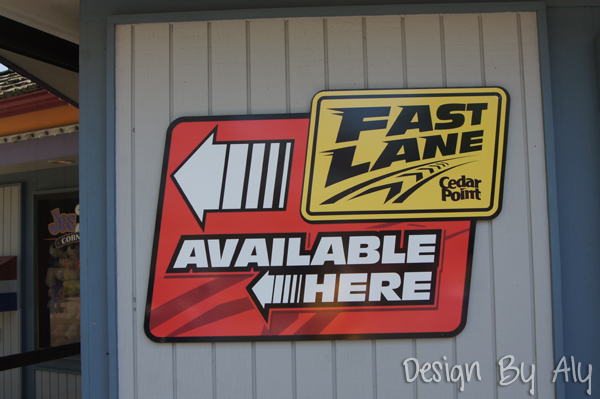 Another feature all new to all Cedar Fair parks this year is Fast Lane. This is the Cedar Fair version of a Front of the Line system. Cedar Point has crafted all new entrances to all of their rides for Fast Lane, which costs around $50 dollars per person. Like other parks, you get right to the front of the line, and you get special seating on your favorite rides. While other parks will severely oversell their front of the line systems, Cedar Point is extremely limiting the amount of passes they sell as to not make the regular lines that much longer. 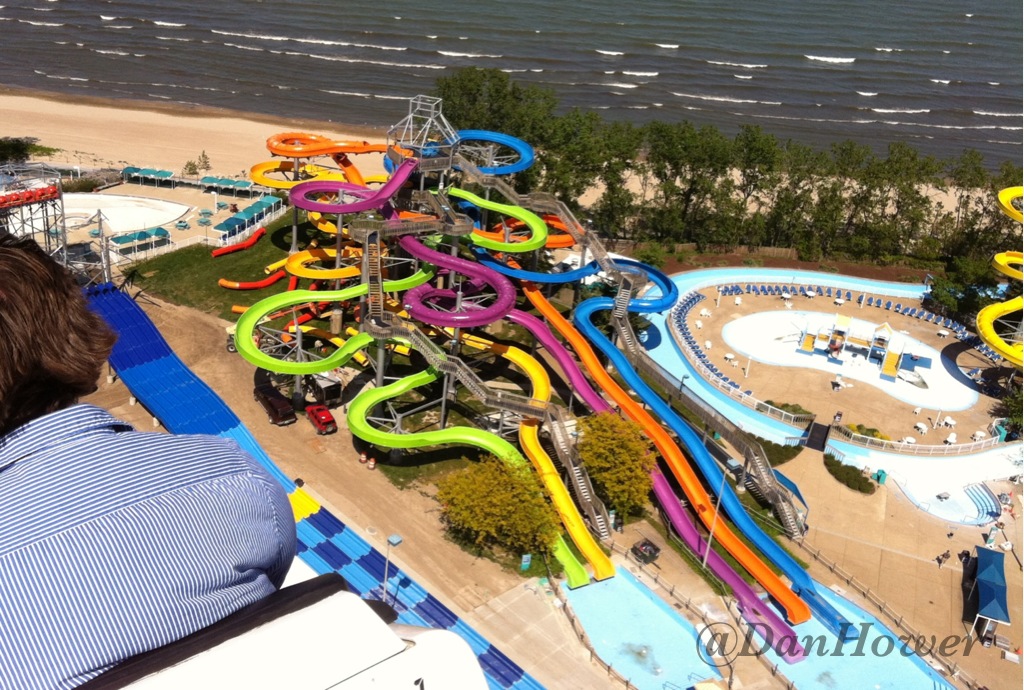 Also new is Soak City’s mat racer, Dragster H2O. The new slide will pit you against five other racers in a fight to the finish line.

With 16 coasters to it’s credit, Cedar Point is known as America’s Roller Coast. The coaster Mecca features a more diverse line up of rides than anywhere else on the planet. So a report wouldn’t be complete without a look at least some of the many coasters:

Special thanks to Dan and Alyssa for all the great pics and videos.