In 2008, Hersheypark added it’s 11th coaster to it’s line up, Fahrenheit, which features a 97 degree drop. Hersheypark announced last summer they would be adding another roller coaster to their lineup of attractions for the summer of 2012. Skyrush, the park’s 12th roller coaster, is slated to open this coming Saturday, May 26th. 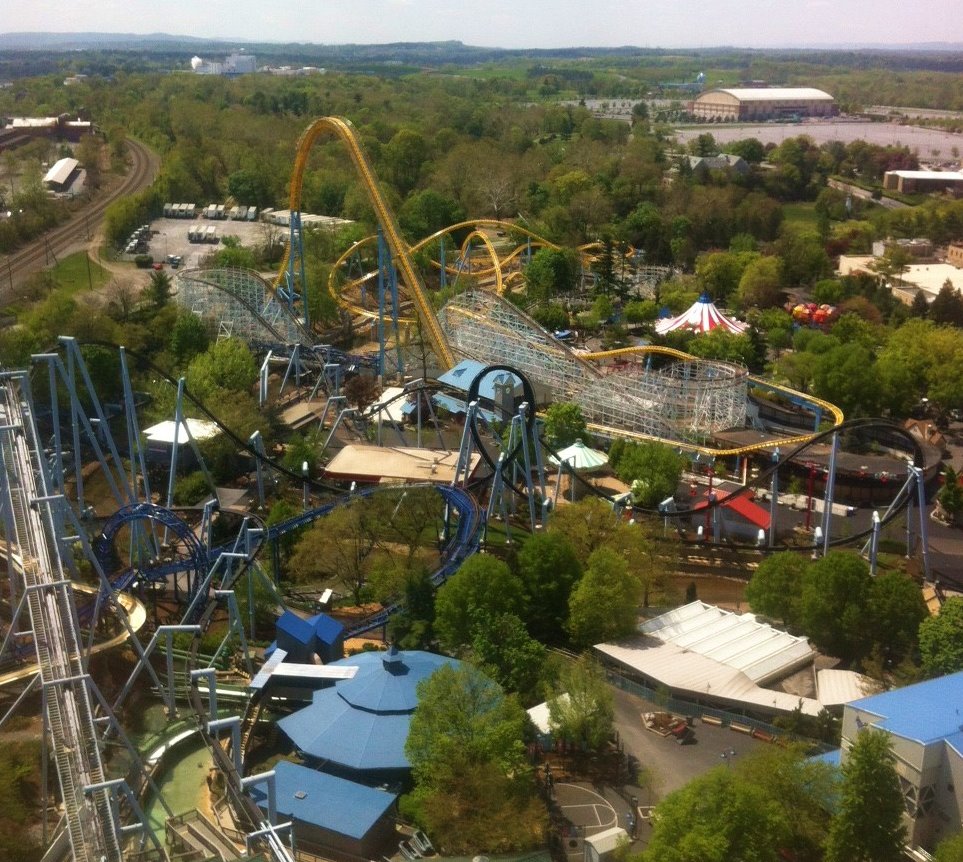 The coaster sits just next to the park’s first ever roller coaster, Comet, which opened back in 1946. Skyrush is much different than Comet, both both coasters still pack their own thrill. Skyrush is 200 feet tall, reaches speeds of more than 75 miles per hour, and features winged seating which offers a great view for all riders.

Speaking of view, Hersheypark released a point of view of the attraction today.

Hersheypark begins daily operation for the 2012 season on Wednesday, May 23rd. For more information about Shyrush, visit http://www.hersheypark.com.