SeaWorld Parks and Entertainment have an impressive line up of great coasters. They range from the mild fun of the Grover Coasters at the Busch Gardens parks, to the extreme thrills of Sheikra, Griffon and Manta. As part of their new show “Insane Coaster Wars” the Travel Channel wants to know which is your favorites. The Travel Channel has been busy filming their new show, highlighting these extreme scream machines. 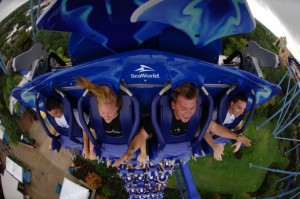 The Travel Channel has broken the voting down into different categories. Each category will be a different episode of Insane Coaster Wars. So far there are four visible categories:

Voting continues for new categories each week, with the results being aired in different episodes starting July 8th.

So far the SeaWorld Parks coasters nominated are:

Personally, of all the coasters in that list my choice has to be either Manta at SeaWorld Orlando or Apollo’s Chariot. Both are great B&M coasters and both still pack the same punch they did on opening day.

You can vote for your favorite coasters by heading over to the Travel Channel.