Last Month family favorite Kennywood applied for a license to sell beer in it’s theme park. The beer would be sold in a certain designated area of the park. Immediately fans were outraged. They flooded Twitter with angry rants and vows of never going back to the park again. The news of Kennywood was unwanted. Legoland Florida recently applied for a similar license allowing the park to sell beer and wine within the park. 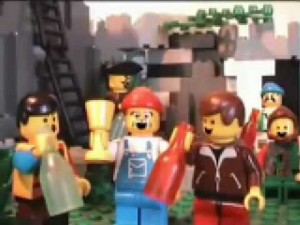 At first glance it might seem like a bad combination. Legoland Florida is the only park in Central Florida that caters specifically to families with children ages 2-12. The park has several different themed areas with only “pink knuckle” coasters. It has recently opened an all new greenhouse, geared at teaching kids the importance of agriculture. So with all the family friendly fare at the park, why would alcohol be permitted? Like many other other parks the bottom line is the motivation behind the move. But is it a bad idea?

In all honesty, the answer seems to be no. With the exception of Magic Kingdom, all Disney parks serve alcohol. Both Universal and SeaWorld serve alcohol, and it would appear that it’s a growing trend. In fact, Legoland Florida won’t be the first Legoland Park to serve beer. Legoland California also serves beer and wine, but only in one restaurant. The company that owns the Legoland Parks, after all is Merlin, a European company.

It sends the wrong message

Many parents, social and religious groups argue that alcohol in a “family” park sends the wrong message. In their stories you take a park like Legoland known for Legos, kids and family times and turn it into a sinful place like Las Vegas where adults spill beer on children and shout obscenities, causing fights and sending the little ones home with a bad case of potty mouth. The reality couldn’t be farther from the truth. Research shows that most adults drink more responsibly in theme parks than they do in bars, restaurants or at social gatherings. Why? Primarily the cost. The other big factor is that while some families are on vacation, staying near the park, most are not. Even still, is it better to completely keep children in the dark about alcohol only to learn about it themselves later in life, or is it more responsible to greet it head on and explain what it’s all about and the dangers of over indulgence? Not exactly the best theme park conversation.

Even still, the notoriously family park line sees nothing wrong with the move. The plan still must go before the Adjustment Board on May 24th, which will approve or deny the process. At that point the park will receive instruction or restrictions on where and when to sell. In California it’s sold only at the Knights Table Restaurant, where older knights can have a tankard of ale with their ribs and chicken. Chances are if the measure does get approved for Legoland Florida the park will set up a similar set up allowing just one location to serve beer. Honestly, wouldn’t it make sense in the Pirate area?

For more information on Legoland visit the official website.