It’s not an uncommon occurrence when theme parks take properties and turn them into rides. Disney built several theme parks on that basis. It’s also not uncommon practice for a theme park to turn a ride into a movie. However, China’s Dinosaur World is doing something that is somewhat unheard of. LA based Super 78, and Season Pass Podcast presenter Brent Young are bringing the two together at the same time. 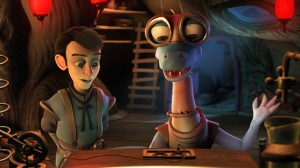 In late 2013 Mido Dino will make it’s debut on screens in the China and United States. At the same time they will be developing a concept for one of China’s most popular theme parks China Dinosaur Land. Mido Dino is unique for both as it’s an untested brand for both film and theme parks.

Tsai said that in addition to the film and theme park attraction, his organization is also looking to extend the Mido Dino franchise through the creation of a TV series as well as pursue mobile game platforms, stage performances, and other potential branded products.

In addition to a film and theme park attraction, development of a Mido Dino interactive game and children’s book are also in the works.

In addition to work on numerous films, and the Season Pass Podcast, Brent and company at Super 78 Studios has done work on several theme park attractions, including Curse of Darkastle at Busch Gardens Williamsburg. 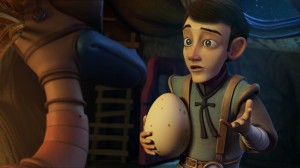 For more information about Super 78 Studios, and this project, visit the official website.