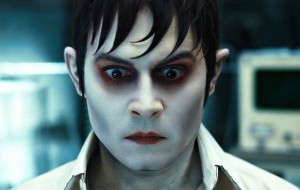 Keeper tells the tales
You may call me …Keeper…for I am the keeper of theme park tales. Today as unaccustomed as I am in traveling away from the theme park world, I’ve ventured out to the strange land that Erik refers to as….Offsite.

This week’s Offsite Adventure-Keeper tells of Dark Shadows
April 2, 1971….a pre-teen monster geek runs home at top speed after school…dashes in the door..throws his homework aside…and sits down in front of the giant tv in time to catch the opening music for his “story”. He’s followed his “story” for a few years and it’s the last episode. He studies it, drinking in every detail, savoring the bittersweet parting as the camera pans the halls of Collinwood for the last time. He mourns…along with other of his type. He revisited again for one decent movie and a poor one…and then again 20 years later for a remake…which again disappointed.

Flash forward to 2012…41 years after being sealed in a coffin for all eternity…he hears the Collins clan is returning. He hears Tim Burton and Johnny Depp are attached to the project. They both tell similar stories of the dash from school to watch the interweaving stories of vampires, werewolves, ghosts and time travel just like he did. FINALLY!!! Kindred spirits that understood the need, like the need for blood, that he had. The need to go back one more time.

So, Yes I was looking forward to this…possibly even more than the higher profile summer goodies coming from Hollywood…until I saw the trailer. No doubt you heard my cursing permeate the air even where you sit. A jokey- campy Barnabas Collins. A magastic, almost regal character DOING FRICKIN ONE-LINERS in a standard “fish outta water” setting. How could this happen…I trusted Depp and Burton, how could they betray me and the rest of the fans?

Yes there were a bit too many comedy bits for my liking but no where near as many as the trailer led me to believe and most actually worked in the context of the story. The ending was a bit too full with Burton-weird to fully work for me but I appreciated what he tried. Burton took the original characters and stayed true to them (for the most part—no spoilers here) while re-imagining how the story could have played out. The movie stumbled a bit at times but when it worked, which was often, it really blew me away.

Firstly…Danny Elfman…fans need to hear no more but let me say he did a masterful job of using period songs, original compositions, and just a hint of the familiar atmosphere music from the original to weave a masterful soundtrack. Three words—buy it now! Burtons decision of making this a period piece really worked, the 70’s fashion contrasting with the majestic estate and the small fishing port made a field day for the art director and like all Burtons work, is a feast for the eyes. Colors jumped off the screen like in an old Technicolor extravaganza. Casting was PERFECT. This was one hell of a cast to begin with and they all fully embraced their characters …warts and all. For those that know the story the script takes wonderful creative zigs and zags that once you accept them, make for a fun journey.

So while I can’t give it a full “10 blood bags” review, it’s worthy enough to see on the big screen. Burton and Company treat the characters and story with enough respect, while pushing the boundaries and exploring new ideas. Not unlike a little 60’s soap opera that became much more than it started out to be. I wouldn’t mind visiting Burton’s Collinsport again, here’s hoping it doesn’t take another 40 years.