The first of many phases made it’s debut today at Walt Disney World’s Art of Animation Resort. Phase one consists of the “Finding Nemo” section of the resort that features characters and an ocean feel from the movie, Finding Nemo. In the courtyard, guests will not only find a pool, but they will find a larger than life Crush the turtle and other characters from the film. 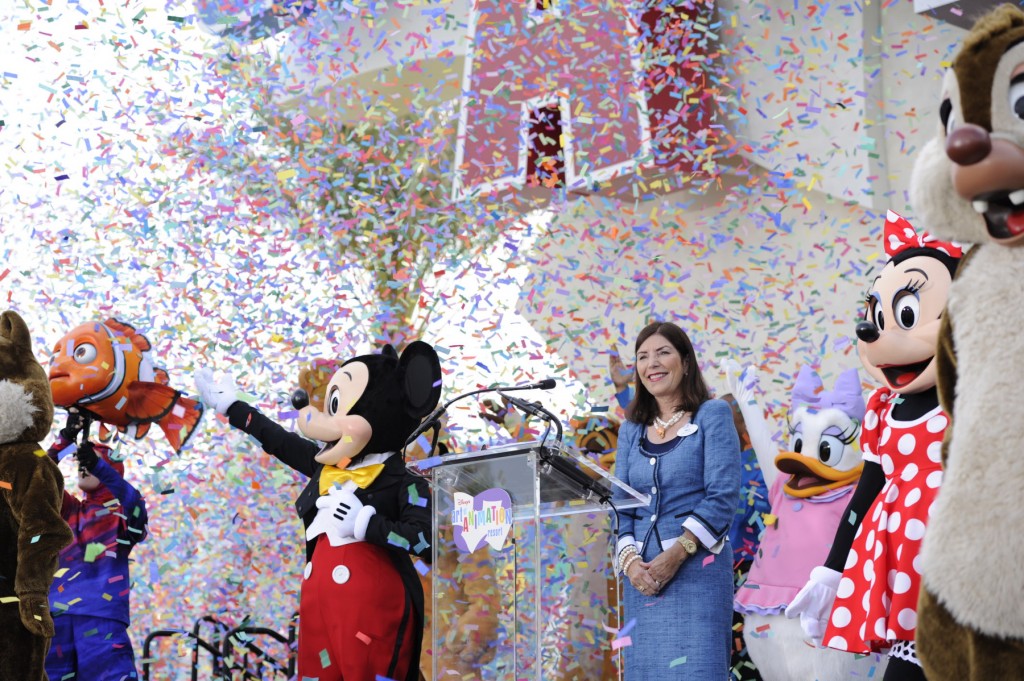 The Finding Nemo wing consists of 320 family suites. Opening later through out the year are wings themed to the movies “Cars”, “Lion King”, and “The Little Mermaid”. The next phase to open will be the Cars wing, which is scheduled to open on June 18th with 480 suites. Following Cars will be the Lion King wing on August 10th with 320 suites. Finally, The Little Mermaid wing will debut on September 15th with a total of 864 single rooms.

“Our goal was to make guests feel like they have been immersed in the artistry and enchantment of Walt Disney and Disney•Pixar animated classics,” said Walt Disney Imagineer Frank Paris. Disney accomplishes this by delving guests deep into the animation of these movies, from pencil sketches to close ups.