Ahoy! The all new “Nickelodeon” store that Universal promised this year has opened, and it’s more than just a store, it’s an all out experience. Spongebob Storepants has opened in the Kidzone area of Universal Studios and not only has tons of Spongebob Merchandise, but also feeds off of the spirit of the hit television show that has been going strong for over ten years now. 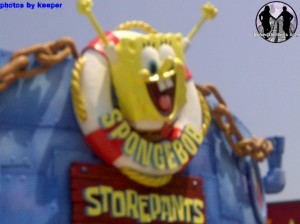 The store is located just outside of the E.T. Adventure and features tons of merchandise from your standard T-Shirts, hats and theme park souvenirs to more unconventional items. 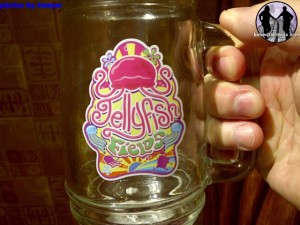 All throughout the store, signs and various sight gags run amok. The store is set up exactly how you expect Mr. Krabs (Spongebob’s Boss and owner of the Krusty Krab) would run a theme park store. With prices on everything just completely blown way sky high. 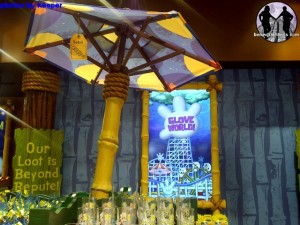 If you’re lucky, you might catch a glimpse of some Bikini Bottom residents, as one of the mini shows performs right outside the shop before the afternoon parade. There’s even spots that look like they would make for great photo ops with Squidward and Spongebob. 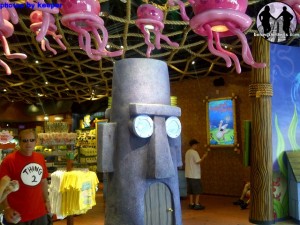 Overall this store has such a great atmosphere, that it feels like it was a test to see if guests ask for more. With a feel like this, and other rides nearby being a little outdated and in need for repair, this might be the final nail that paves the pathway for something new. The one thing that Universal hasn’t done, which is surprising is tie the obvious food reference in. While they do have a Krusty Krab sign in the shop, they don’t have a Krusty Krab. Just outside the building is a pizza shop, which would be an easy conversion to the Krusty Krab, where they could serve Krusty Krab Pizza!

For more information on Spongebob Storepants, including tickets to Universal Orlando, visit the official Universal website!
TAG2012 Attractions Universal Studios Florida Year To Be Here
Previous PostCedar Point to construct new Wing Rider Coaster for 2013 Next PostBusch Gardens to light up the summer with Summer Nights