Dance Party at Eastern State Penitentiary – Terror Behind The Walls 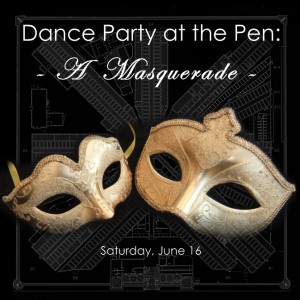 Imagine yourself dancing in the middle of a bumping dance floor inside an abandoned prison—the beats are vibrating through the crumbling cellblocks, the drinks are flowing, the crowd is wild—when a masked staff person in all black attire quietly asks, “Feeling adventurous?” He leads you through a locked gate, away from the crowd and the safety of your friends, and you find yourself wondering what awaits you at the opposite end of the dark, silent corridor….

This is what you can expect at “Dance Party at the Pen: A Masquerade”, taking place Saturday, June 16 at Philadelphia’s Eastern State Penitentiary.

You might be familiar with Eastern State’s popular haunted attraction Terror Behind the Walls, but this dance party which serves as a fundraiser for historic preservation, is like nothing we’ve seen before from the folks at ESP.

From what my sources tell me, the masquerade will have a very eerie, mysterious vibe. Expect creepy lighting, a sultry lounge performer, and areas not normally open to the public suddenly available for exploration. Throughout the night, staff will approach party attendees to embark on secret adventures throughout the deserted penitentiary complex. Some details are still being finalized, but think hidden absinthe bar, mysterious and creepy one on one experiences with masked guides, and private flashlight tours through spooky areas such as the underground punishment cells and the Operating Room.

Reportedly the folks at ESP held a test run of the party last month for 150 employees of Terror Behind the Walls and the reviews were even more positive than the creative team expected. Photos from the test event, like the one shown here, are being used to promote the Dance Party at the Pen: A Masquerade on June 16. 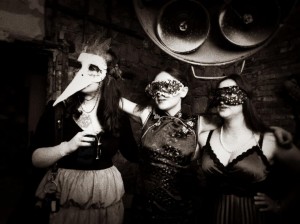 Make sure you get your tickets now; space is limited and the event is expected to sell out. General admission and VIP options are available!

For more info and to purchase tickets, visit easternstate.org/dance