With the cast of the hit Nickelodeon show, Victorious, hitting the stage at Universal Studios Florida Saturday, it was no surprise that the teens all took a walk through the streets of Hogsmeade on Friday, before the show. Being typical teens, the gang rode all the rides and had a little downtime before the big show Saturday night. The show kicked off the “Summer Concert Series” which will feature new bands every week until July 14th. 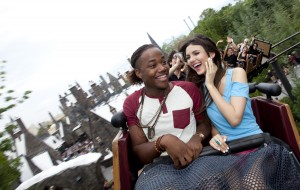 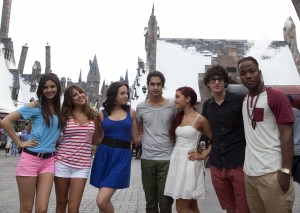 In related news, there are many reports that a ton of cameras and crews were floating around Saturday night getting different shots and angles of the concert. According to fansite Nickutopia there were tons of cameras filming the concert to be broadcast sometime later this year. If this is true, looks like those at the concert could end up on Nickelodeon.