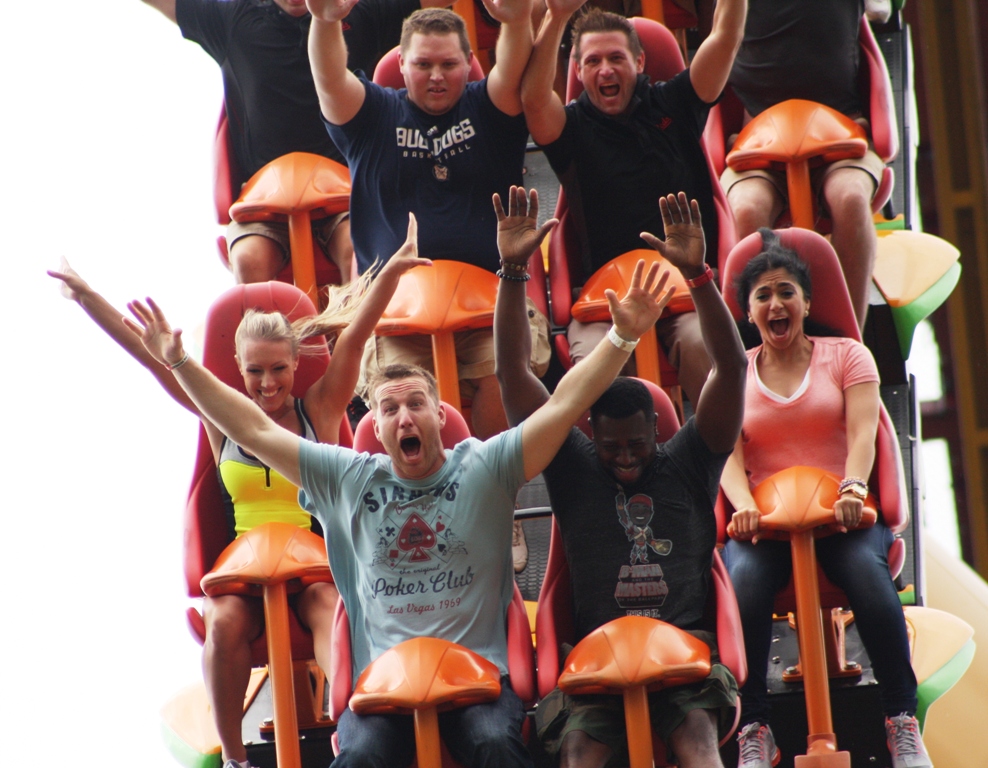 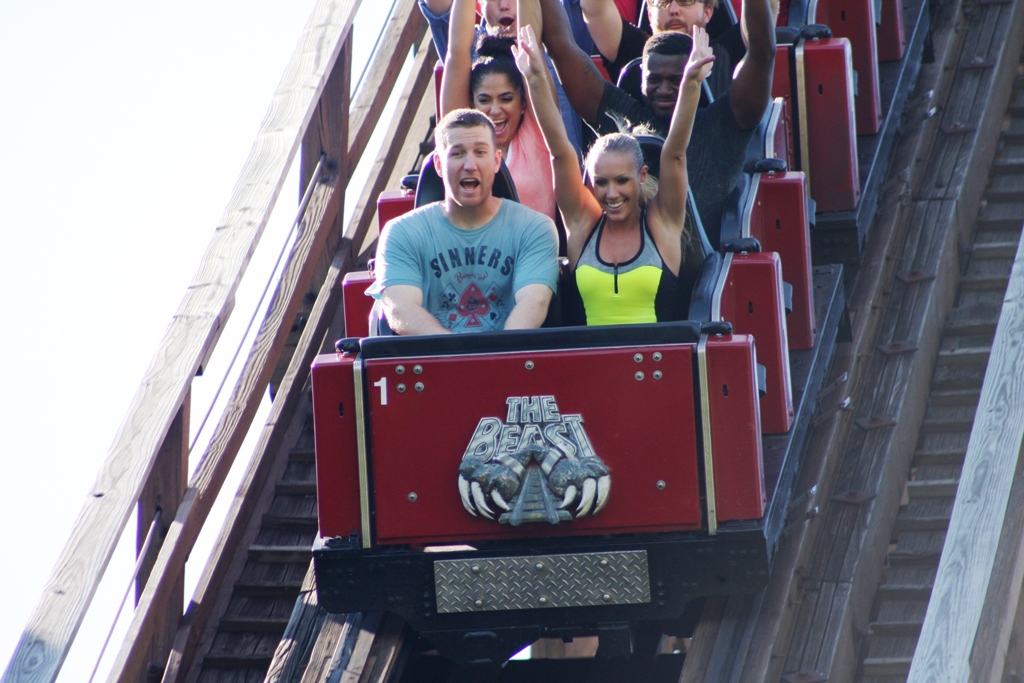 Pictured above is Todd Fraizer (front left), third baseman, and Brandon Phillips (second right), second baseman riding The Beast. The Beast opened in 1979 at Kings Island and is the world’s longest wooden roller coaster, totaling in at 7,539 feet long.