For most kids, there is no bigger hero than dad. For Legoland Florida, the biggest superheroes are the smallest. Fathers Day weekend Legoland Florida will roll out the heroes with Lego Club Superhero weekend. 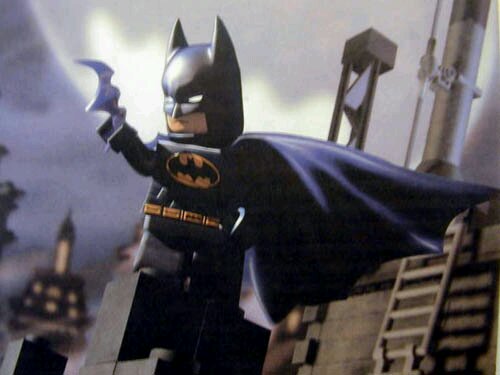 The park will play host to a ton of special events that will bring out all your favorite Lego Superheroes. Lego has combined forces with DC and Marvel comics for the toy line, and has had tremendous success with the Lego Batman video game.
Guests can go on scavenger hunts, dress up, and even catch a glimpse of the new Lego Batman 2 video game.

Whether you’re young or just young-in-spirit, come dressed in your favorite super hero costume to have a chance to win cool prizes. Prizes include a LEGO® prize pack filled with Super Hero product and LEGOLAND® Florida tickets and the ultimate Warner Brothers® grand prize of an XBOX 360 Console.
· Be among the first to preview the all-new LEGO® Batman 2: DC Super Heroes video game at the all-new Warner Bros.™ Games Zone. Compliments of our partner, Warner Bros.™ Interactive Entertainment, the first 200 guests to come and play will get a free LEGO® Batman 2 poster.
Warner Bros.™ Games Zone, an all-new attraction in the Imagination Zone at LEGOLAND® Florida, is every gamers dream and a great way to take a break from the heat. This interactive game zone is where kids can test and play the latest LEGO® video games and interact with high-tech technology such as, iPads and playable video kiosks.
Become an official certified super hero by defeating the villains at Super Hero Training Camp. The Gardens have been transformed into the ultimate training facility so you can practice your super powers.
Challenge your family to a Super Hero Scavenger Hunt. Your favorite heroes and villains have invaded Miniland USA and it’s up to you to save it. And for your hard work, the winner will take home a LEGO® prize pack filled with Super Hero product and LEGOLAND® Florida tickets.
Meet Max, the LEGO® Club mascot, and get your picture with him. Enjoy special discounts on food and beverage.

All of this included with paid admission.
For more information, including tickets, visit the official Legoland website.