One Direction is arguably the hottest group in current music. They are currently on a raging world tour that is so popular they’ve already set dates for their 2013 tour. They are even working on the second studio album in between dates. Things are so busy for the lads that they barely have time for anything else….or at least that was the story before they met Gru. 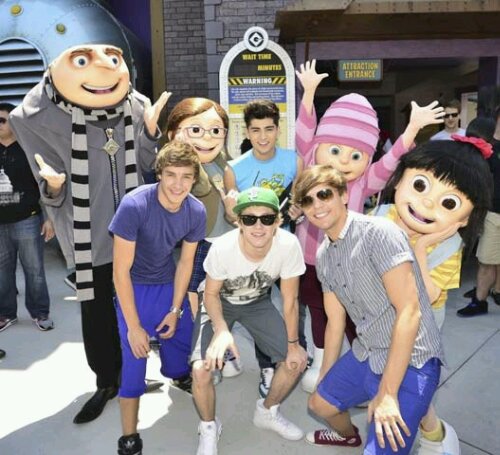 Niall Horan, Zayn Malik, Liam Payne, Harry Styles and Louis Tomlinson the Irish super boys hung out at Universal Orlando with Gru and the girls before playing three Florida dates in Tampa, Orlando and Fort Lauderdale.
The band was the minionized on the all new Despicable Me Minion Mayhem which officially opens July 2nd. The group was able to get a sneak peek at the ride, which is a 3D blast through training to be a Minion.
httpvh://www.youtube.com/watch?v=3TD0_-RO9_w&feature=youtu.be

For more information about Minion Mayhem visit the official website!