Keeper’s Tales-Magic,cards and a mouse

Greetings..You may call me keeper…for I am the keeper of theme park tales. When I first arrived in O-Town the highest priority on my list of things to do was buy a Disney annual pass. I went to Epcot, bought mouse ears for myself and the Mrs., and rode the Journey into Imagination multiple times. I savored the creativity, the stories, and the history of the Disney parks. I watched them open Morocco and The Living Seas. I was there for the opening day of Wonders of Life and watched a nervous Frank Wells pacing backstage before making his speech. I bumped into Eisner touring a near deserted Pleasure Island during the daytime hours. I was at the Grand Openings of the Disney-MGM Studios and Disney’s Animal Kingdom parks. I attended Disney fan events and conventions and devoured any park history I could get my hands on. I had a Disney Dining card and we ate at the resorts at least once a week. I did every storytelling class at the Disney Institute along with many other classes. I was one of Disney’s biggest fans. I slowly watched the decline of service and show and made excuses for them. I watched more and more attractions that split families apart not unlike Walt’s early gripes about amusement parks pre-Disneyland. Sure Test Track looks pretty but World of Motion could accodammate Grandma in her wheelchair in addition to a babe in arms. 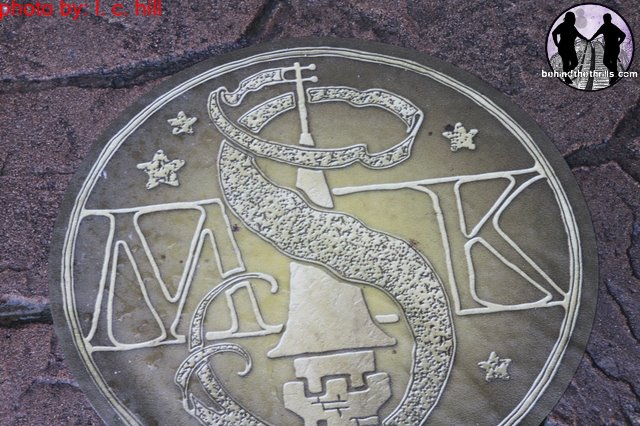 I got a Universal Studios pass and visited a few times a year but my heart was still with Disney. I renewed my pass for Disney year after year while the passholders were never really even acknowledged by Disney as the prices climbed and the show eroded. I had renewed my pass 11 times by the time Universal’s Islands of Adventure opened and I watched with delight thru the soft opening as more and more of the park was revealed. This was what Disney used to be to me…heavily themed, a place of layers and layers of discovery and adventure, the more you look the more you see, a place that wowed me from beginning to end.

Fast forward almost a year…it was almost time for my Disney pass to be renewed and I was on the fence, was I renewing it just because it came up, or did I really want to give them my hard earned dollars? At the same time I had to renew my Universal pass and a few weeks after I did they advertised a better “deal” for AP renewal. I went to guest services and questioned this. The CM looked up my info, calculated how many days the savings would have amounted to so she could adjust my expiration date. Said “hmm well it looks like we owe you 17 days….how about I just give you the rest of the summer” and she added almost 90 days! She did this happily, without having to check with a supervisor AND if that wasn’t enough went in the back room, came out with a grand opening promotional kit (lenticular card, CD sampler, and disposable camera) and gave it to me for my trouble. This was guest service of the level I hadn’t had in Disney in over 5 years. Universal wanted me, welcomed me and just out and out gave me better service and product than Disney did. Oh and what did Disney do to gain my renewal after a dozen years of loyalty? They sent a beautiful glossy, expensive, full color, oversized postcard with the 20 reasons that this was “the year” to visit Disney (to say these were minor attractions at best would be kind). Does the phrase all flash and no substance come to your mind too? Well my decision was clear, it was not easy, but I felt that Disney just plain out didn’t care about me or my business and Universal did. I dropped my Disney pass and have held onto my Universal one ever since. Thru the kindness of friends we would occasionally get into a Disney park over the next 12 years and nothing I saw made me regret my decision…until this year.

Now I don’t tell you all this backstory to brag, or to fuel a debate, I feel it’s important for you to know where your pal, keeper is coming from in reviewing this. Knowing that I was skeptical, disillusioned, and disappointed in what Disney has become when I, almost begrudgingly bought an AP in March of this year.  You see, in February Disney opened a new addition that will probably be more important to their long-term future than even the much ballyhooed Fantasyland expansion….Sorcerers of the Magic Kingdom. I was a big fan of the Kim Possible Adventure at Epcot, the way it enhanced the story without taking away from the charm and beauty of World Showcase. Well SMK, takes that to the next level in a very multilayered experience that is fun for all ages. Future Sorcerers check in to the Main Street fire station. There resident wizard, Merlin, has set up a recruiting station to add Sorcerers to help him battle Hades (once again voiced by James Woods with the perfect mix of evil and comedic timing) for control of the Magic Kingdom. You see Hades wants to take over the Magic Kingdom but to do so he needs Merlin’s crystal that has been broken and the pieces scattered through the Magic Kingdom.

That’s where you come in; at the training station you are given a key card, 5 spell cards, and a map. Merlin has cleverly concealed magic portals thru the lands of the Magic Kingdom where you battle classic villains that Hades has enlisted to help him. You might run into Radcliff in Frontierland, Scar in Adventureland, Ursula in Fantasyland, or Cruella DeVille on Main Street. You approach the portals that are hidden in the architecture of the Magic Kingdom, hold your key card up to the lock guarding the portal, and stand on the SMK circle of power. The portal opens up and an animated scene unfolds that explains how you can battle the villain and retrieve the piece of the crystal. You to this by casting spells, from one of your spell cards. You hold it up to the portal and the scene changes based on which spell you choose. This all comes together thru the use of rf technology, cameras with visual readers, and algorithms that monitor where all the SMK players are in the MK and who they are battling. To say this is an amazing meshing of technology and story would be doing it an injustice. It is pure straight out Disney magic unlike any we’ve seen for some time. Each adventure will take about 20-30 minutes while you scurry from one portal to another in a certain land. When you are done Merlin will congratulate you and offer you the option to go after another piece of the crystal and battle another villain. If you decide to continue the computer, er Merlin, will direct you to a portal in another land, and you go thru another story.

There are currently 7 villains to battle (many with original voice talents behind them) and when you finish them you go up against Hades himself. If you beat Hades you get another set of 5 cards. That’s right it’s not only a game but there are elements of Pokemon or Magic the Gathering in it as you try to collect rare, common, uncommon, and super rare cards. These spell cards are beautiful pieces of artwork in their own right and are given out free, that’s right FREE, to guests playing this game. You can get one set of cards each day you visit the MK and an additional set each time you defeat Hades. The cards have classic characters from Disney films on them and each card is a different spell like “Prince Naveen’s Army of Frogs” or “Wall-E’s Trash Crunch”. There are 75 different spells but only 1-60 are currently in circulation. Rumor is the final 15 might be made available for purchase in the future. Each card has attack, shield and boost levels in addition to type of spell (mystic spell, hero spell, etc) and a short cryptic rhyme that references the character. I’m told that these additional features become very important when you play at the harder levels of the game. Yup different levels, this experience is so multi-layered even Disney isn’t sure how to handle it. In the original version rolled out in February after you defeated Hades you were bumped up to medium level and after another full session defeating all the villains plus Hades again, to the hard level. I’m told on these levels the spells you choose have more significance as to if you beat the villains or not. Some might even require multiple spells used at the same time. By the time I was recruited the Sorcerers the game was locked on easy in which any spell will work on any villain. This was to keep the lines from getting to long during the busy summer period while they tweak the medium and hard levels.

In addition to the other aspects this game has also fueled a social interaction aspect of talking with fellow sorcerers in line and trading spells and tips while traveling. An online facebook group and in person impromptu trading sessions at the Tortuga Tavern in Adventureland has helped the popularity of this widen. Another plus is the game seems to work for all age levels, I’ve seen sorcerers of all ages enjoying the battling villains. Seniors getting their daily exercise, fanboys with elaborate homemade spell books, young couples battling as a team, and youngsters with parents acting as “caddys” for spell cards. It seems even those barely able to walk enjoy the animated adventures delivered in bite-sized pieces magically appearing out of nowhere. Yes there are obviously kinks to work out, some portals that interfere with cast backstage traffic, some not visible when the sun hits them, some hard to hear due to location, the absence of Tomorrowland (Zurg would be a perfect fit) and adding back the medium and hard levels. There is a similar game on the Disney cruise ships and the technology can easily be expanded to other parks or an online version of the game for sorcerers to keep their skills sharp between visits. For the first time in a dozen years I’m encouraged and excited to visit a Disney park. I’m fascinated by the whole process and can’t wait to see where they take this in the future. You might say I, like my spells, am a few cards short of a full deck, but it seems that some adventures are slowly creeping back into Lake Buena Vista and this Sorcerer thinks its high time.