We’ve been taking a look at this year’s San Diego Comic-Con, and holding out on the one thing that Comic-Con is best for. The costumes. Fans come from all over and dress in the best, worst and weirdest versions of super heroes, cartoon characters, famous people…and god knows what else. It’s a random party all the time, and too much geeky goodness to contain. So let’s take a look at some of our favorites. 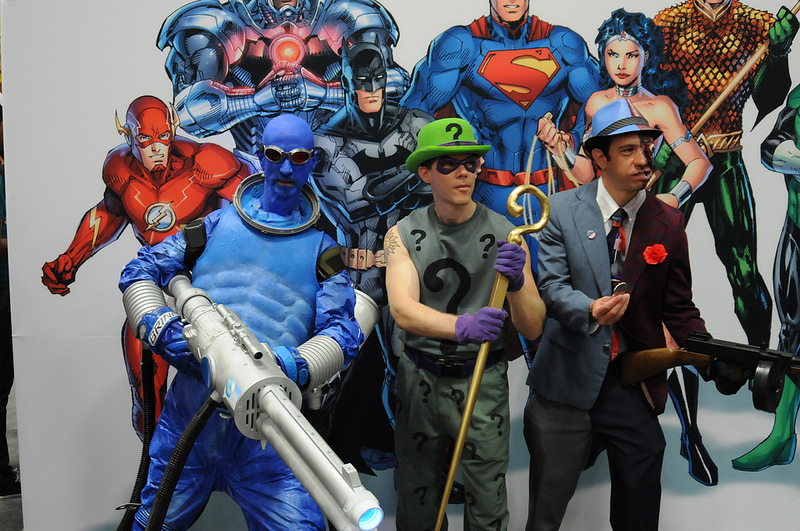 Some of Gotham City’s finest…criminals, as Mr. Freeze, The Riddler and Two Face pose for pictures at the DC Booth. Yeah, if these are the best villains Gotham has to offer…I think they’re safe. 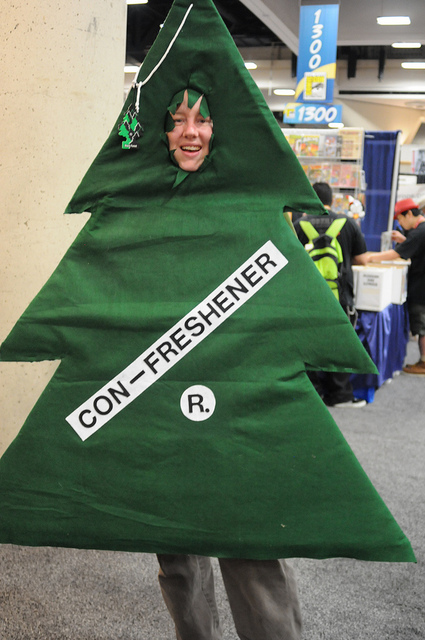 Because apparently everyone at Comic-Con are smelly stinky nerds, there’s a giant pine scented air-freshener. Yeah we don’t know WTF this is all about either, but it’s awesome in it’s randomness. 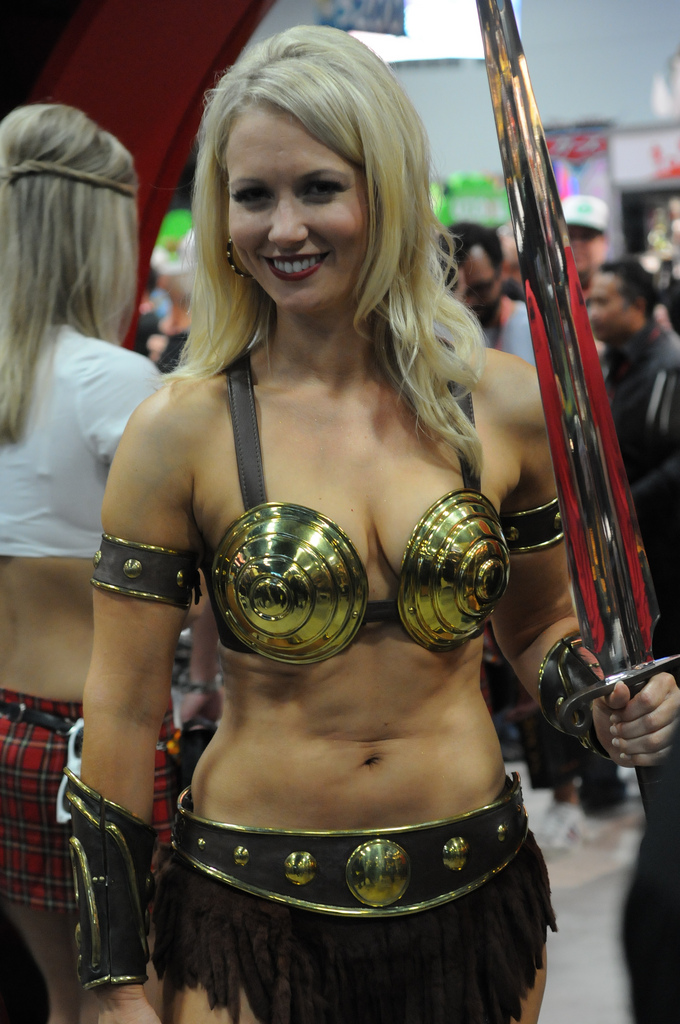 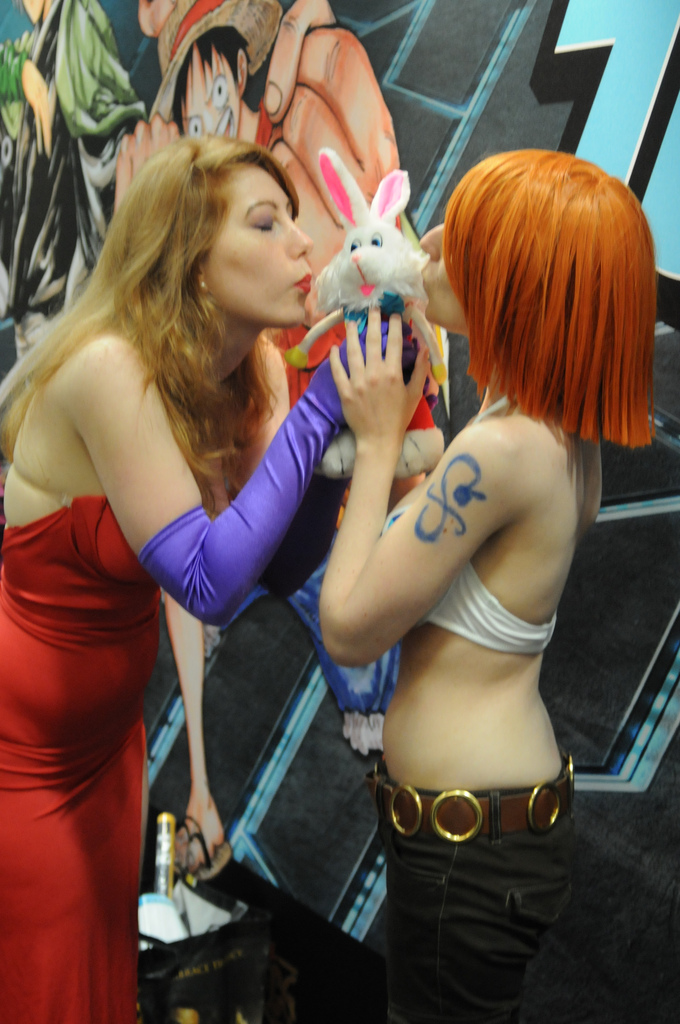 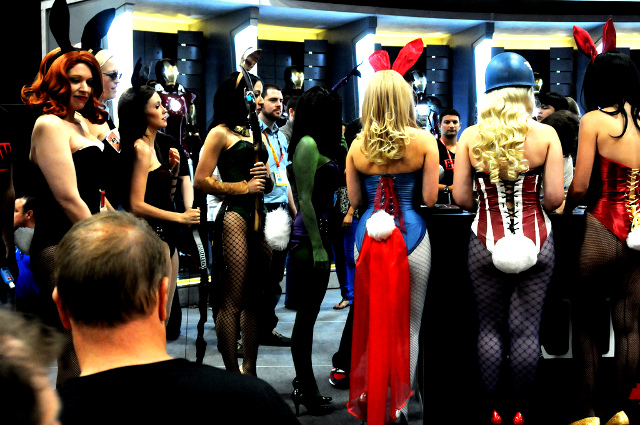 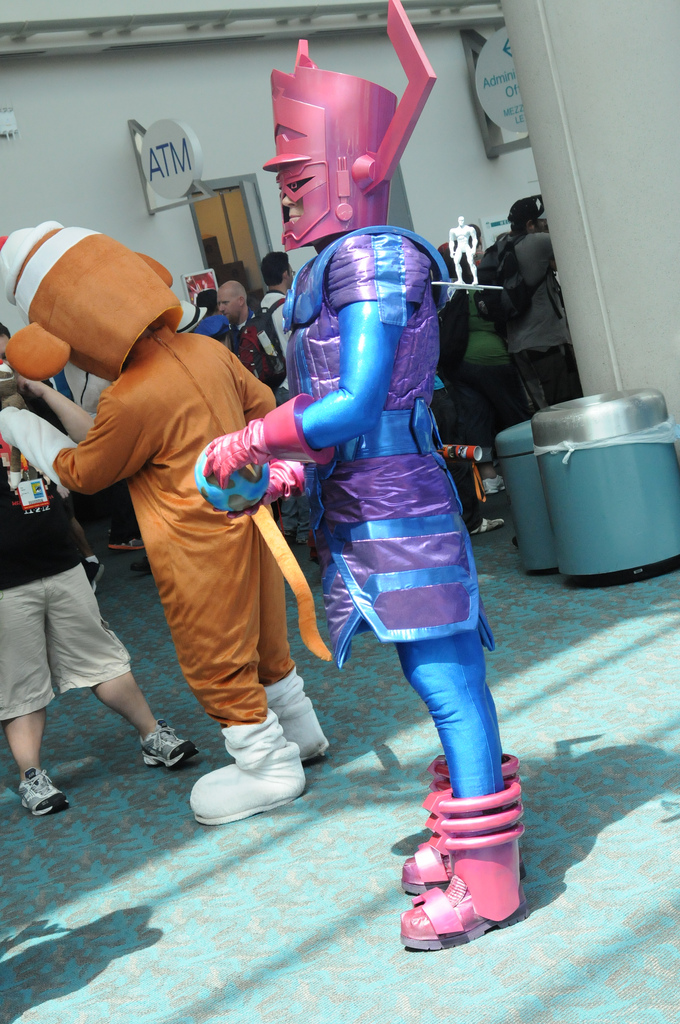 When you eat planets, nobody likes you and they leave you alone. Why stand there looking all sad? Why not try eating a salad…sure it’s not as filling as a planet, but people will actually like you. 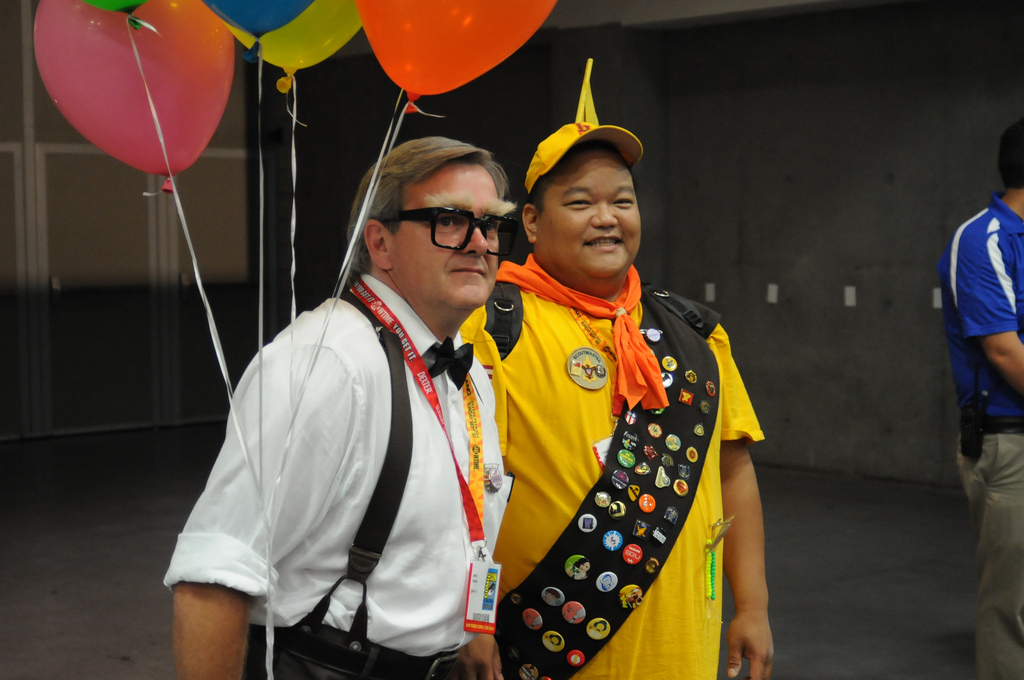 This one was a favorite. Really fun idea, and not executed too badly either. It’s kind of a cool thing that Disney has a huge presence at Comic-Con…at least on the years they don’t have D23. 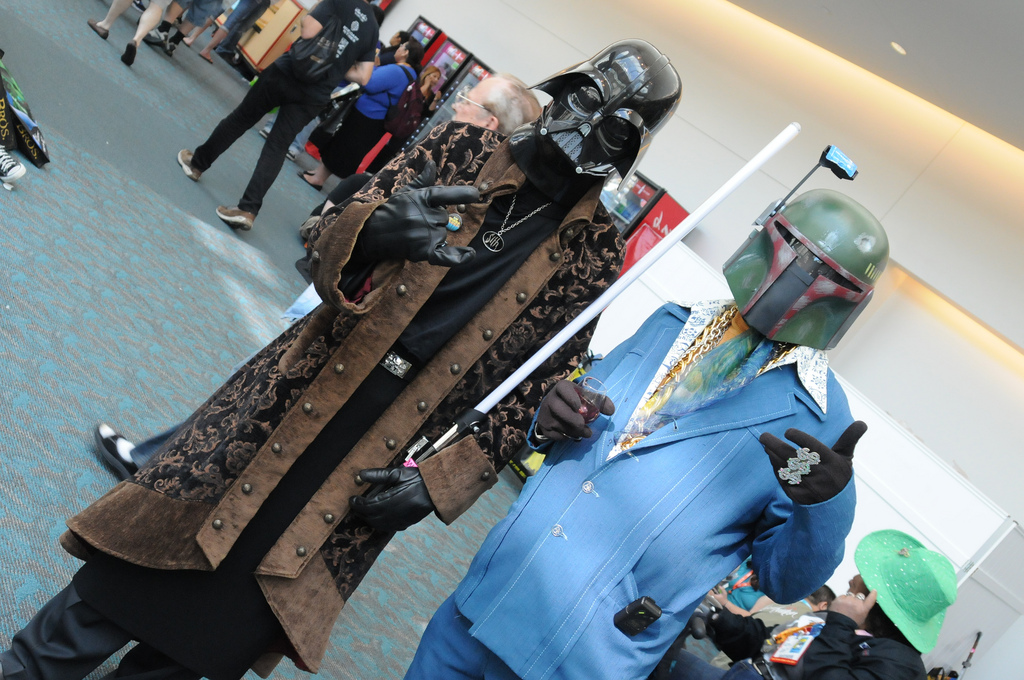 And the prize for the most badass costumes go to these two guys. Why? Cuz Jedi’s aint shit but hoes and tricks….yeah bitches. The coolest mutha f*&cka’s in the galaxy. WHAT!