Offsite-Be Excellent to each other

This isn’t an adventure, it’s a tragedy. We are deeply sorry for the community of Aurora Colorado, and most importantly the people involved in the shootings that happened last night during the midnight premiere of The Dark Knight Rises. Our thoughts and prayers are with you, as are everyone’s. The news struck most of us in the waking hours of the day that an event that was meant to be fun and exciting for geeks and fans everywhere turned horribly tragic when a lone individual decided to  stroll into the back exit of a movie theater, and pretend like this was a movie. 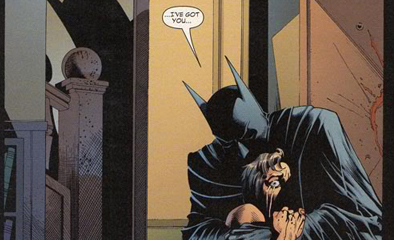 It shakes me to my core for many reasons. I’m a parent, and as a parent you hope that something simple as going to the movies stays simple. It no longer will be. I’m a movie lover. One of my greatest joys has been tarnished, and while I will still enjoy going to the movies, I’m not going to do so in the same way. I will go to the movies with a bit of apprehension. And that’s the saddest thing about it all. One of my favorite past times, and the past times of many is now going to change for the worse thanks to someone with obvious mental issues.

Everyone at that movie was a geek, a fan, why else do you think they were there? They were there for their love of the Bat, and their lives were taken very trivial reasons. As a geek, it hurts my heart, because for those of us who love things like Batman, it’s forever tainted and changed. I’m not going to point fingers. Other people will. Things such as the film industry will be blamed for being too violent. The video game industry will be blamed for being violent and realistic. One party will blame the other, conservatives will blame liberals, non gun people will blame gun people, and gun people will push for more guns. Hell, even the theme park industry might take some blame because they allow us to detach from reality. There’s only one person to blame in this, but that’s not going to stop others from trying to put it elsewhere.

Before all that happens, allow me to just share one simple thought.

Be Excellent to Each Other.

It’s really all I know to say, but for me it’s what keeps me from getting mad, or upset and giving up. Realize how precious your life is, and the lives of those you love. Treat everyone like they’re you’re loved one. Blame isn’t going to help anything now, neither will getting angry. The only thing that will help is if we each take those five words to heart, and stop doing terrible things to each other. Our time is short on this earth and we only do it once (that we know of). Don’t waste it on anger, hate and blame. Live your life full of love, and adventure. Things will get hard, that’s life.  But lean on those who offer to let you, cry on the shoulders of those who don’t mind. And when the time comes, offer the same to them. This world is a wonderful place full of amazing things and people. Don’t waste time on hate, anger or fear.

Be Excellent to Each Other