Ki ki ki…..ma ma ma…….Today is Friday the 13th and it’s the birthday of a very special boy. He’s such a good boy, always does just what mommy says. Maybe you know him? In celebration of “National Hockey Mask and Machete Awareness Day” the folks at Spooky Empire have released details on their guests for their Ultimate Horror Weekend, for the first time ever at a brand new venue. 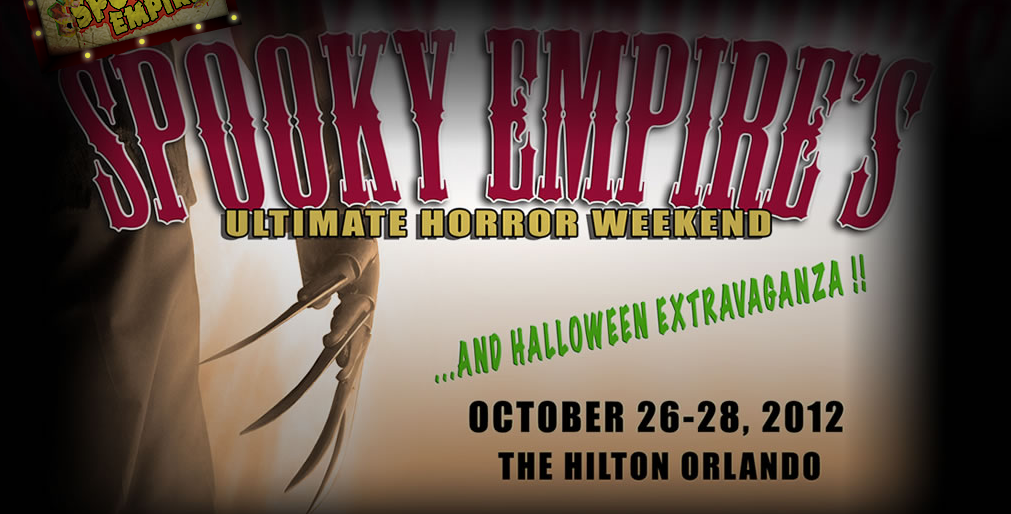 Since the event’s inception, Spooky Empire has been held at the Wyndham Orlando on International Drive. The property has been sold, and will soon be repurposed. This left a huge problem for Spooky Empire, the annual event was always a huge hit, mostly because of the location. This year the event has found a new home, and not very far from the the old home. The Orlando Hilton, just off of International Drive on Destination Parkway. It will play host to the Ultimate Horror Weekend which is three days of mischief, macabre, and mayhem. It’s also one of the largest horror conventions in the world, with guests from aspect of the horror genre.

THE CAST OF ZOMBIE

THE CAST OF CANNIBAL HOLOCAUST

A reunion of the cast of the film

Tales From the Crypt

Dawn of the Dead • The Devil’s Rejects Halloween

From Dusk Till Dawn • Dawn of the Dead

Day of the Dead

So for the horror nuts keeping track, Spooky Empire will have Freddy, Jason, and Michael Meyers all under one roof! In addition, there will be the traditional zombie walk, the legendary V.I.P. Pool Party, bands, movie screenings and more! Of course it’s just July and things can change. Spooky Empire will most likely add even more guests, so stay tuned for more!

For more information, including tickets and special hotel pricing, visit the official website!