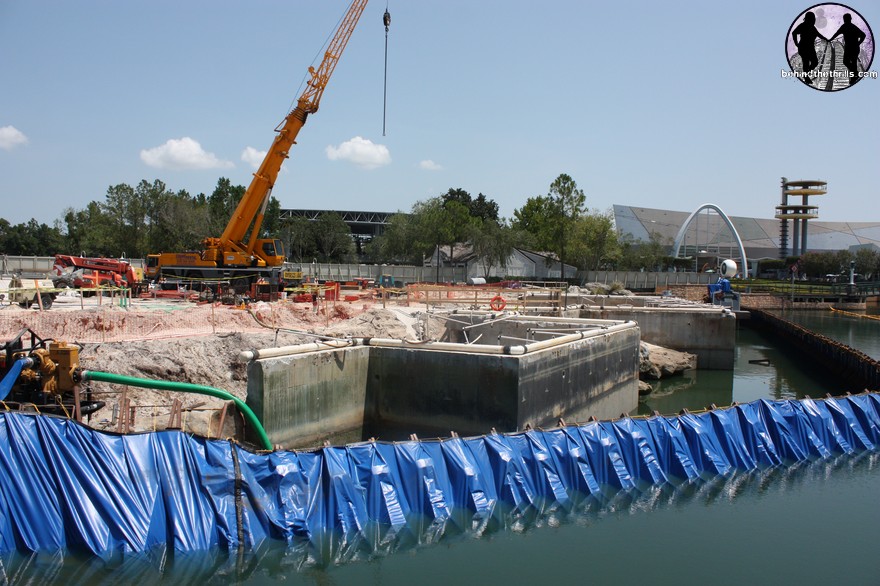 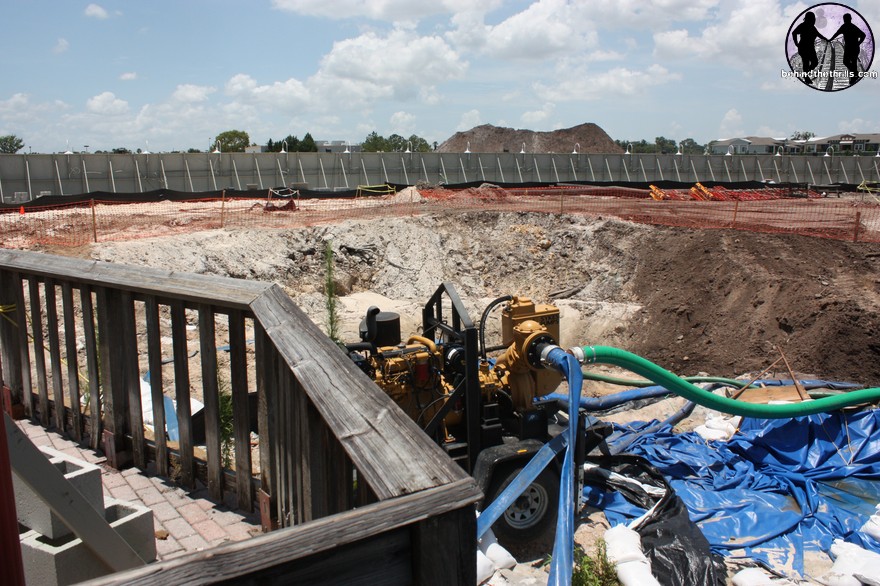 There’s still a lot of work going on here. Water is still being drained around the construction area in the lagoon. It also appears that on the Simpsons side of the lagoon, they are starting to somewhat dig a hole… but the dirt pile on the former JAWS side of the construction wall seems to be getting taller each time I see it. Or maybe it’s because I’m getting shorter?

Second up: the former Soundstage 44. 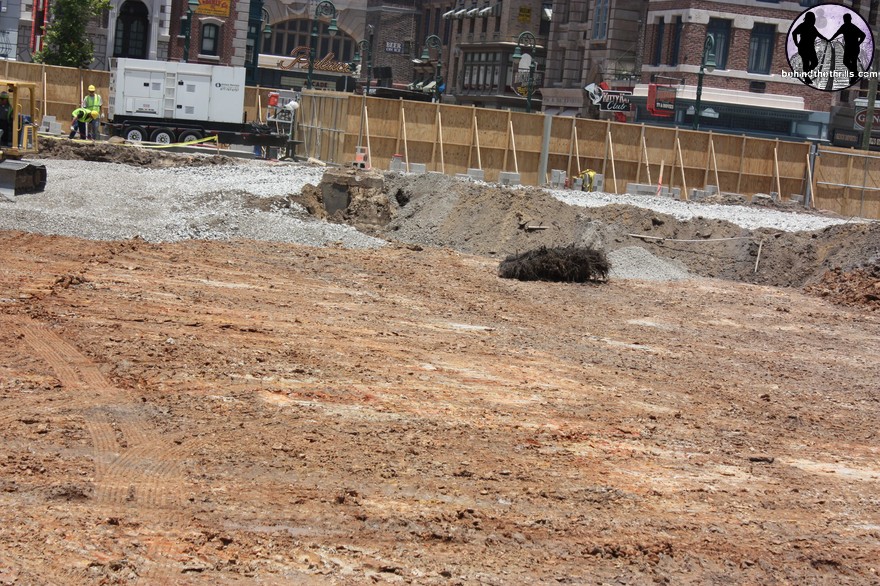 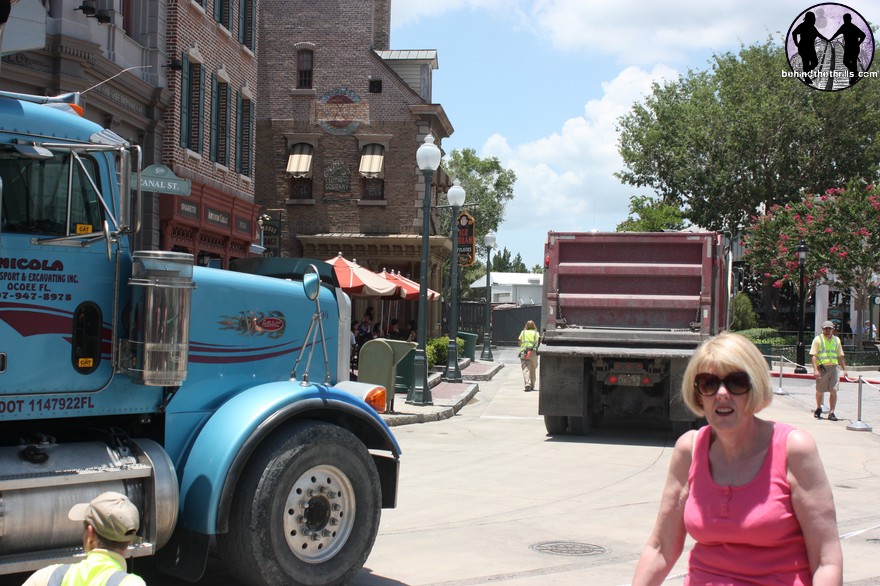 Universal suddenly filed for demolition permits for Soundstage 44… but wait.. I thought they also filed for permits to build a house for Horror Nights here? Guess not. This construction area seems to be by far the most active in the park. Less than a few weeks ago, Soundstage 44 was still standing! We happened to be passing by at the right time. Universal Orlando has been bringing dump trucks into Studios to dump gravel into the area during park hours. It’s not every day you see vehicles driving through a theme park.. let alone dump trucks. You can see areas where they have partially covered the dirt with gravel. 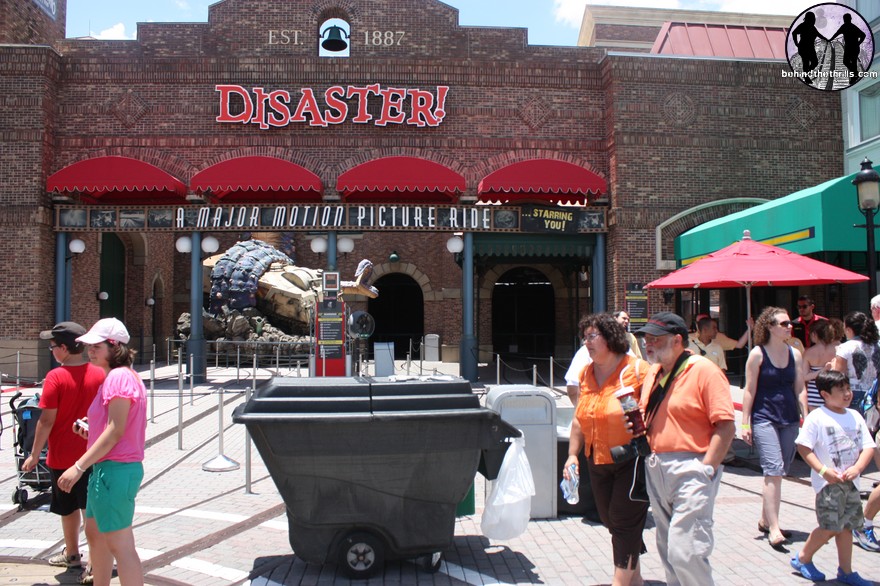 Okay, so some of these pictures are a few days older than others, but construction looks like it’s moving along at a pretty rapid pace in the Disaster extended queue. We weren’t able to get a very long glimpse, but the RV is still sitting back there. Oh, and during our last visit.. that green tarp had been replaced with black tarp.

And we also made a special stop as we wandered by the Simpsons Ride. Universal has put some walls up, but seems to have either forgotten about them or just decided to do nothing more with them. Personally, I think they give a great touch to the facades on the front of the ride. Now if only they would paint some stuff on them to make them actually look like games! 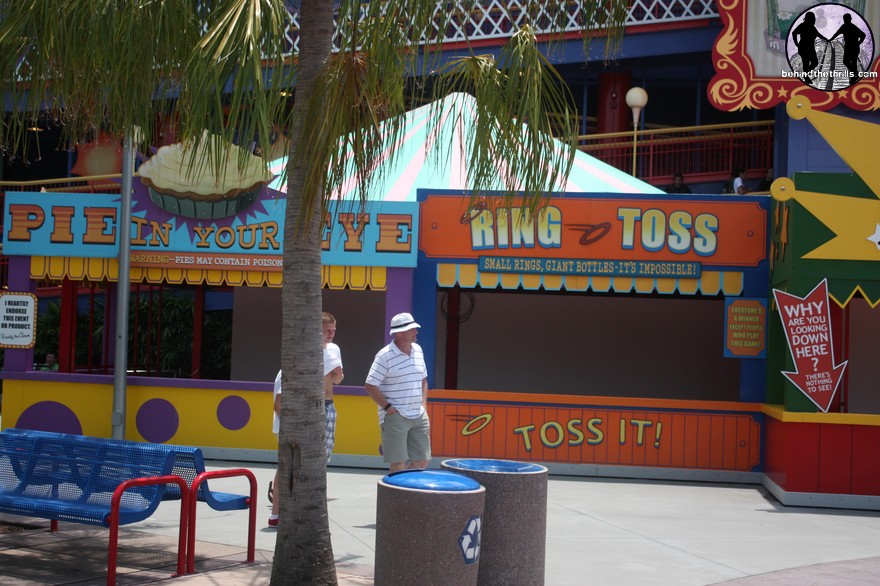 On another note, there is also a new shop opening in Citywalk soon. The shop that was there was Fresh produce… but now it’s gone. Thanks to Omar for identifying what store was there! PYQ coming soon! 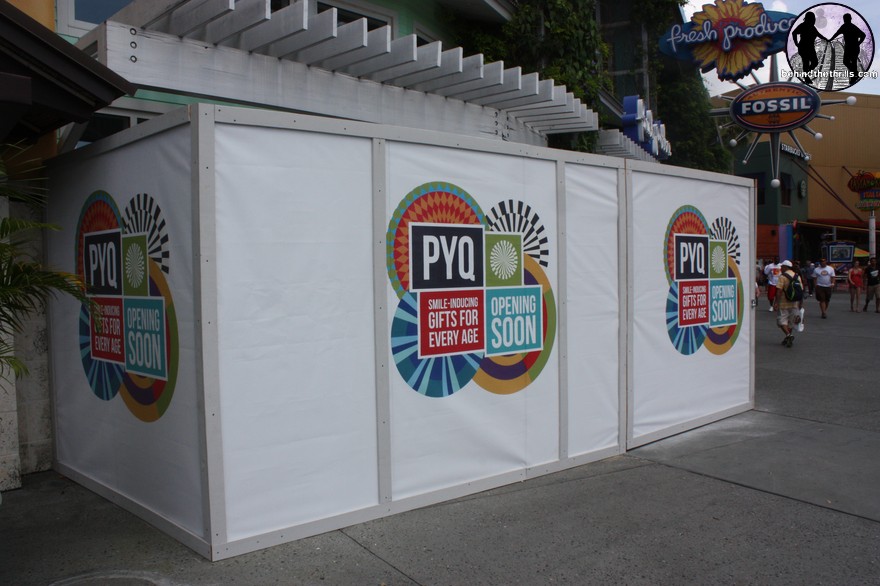