I never understood why their called the “Dog Days” of summer. Apparently it has something to do with Romans, and astronomy. It’s hot, kids are going back to school and Disney is (if you can believe it) getting less crowded. Construction is fully underway in Fantasyland, and wrapping up in some areas, but Test Track seems to be under complete and total devastation mode. 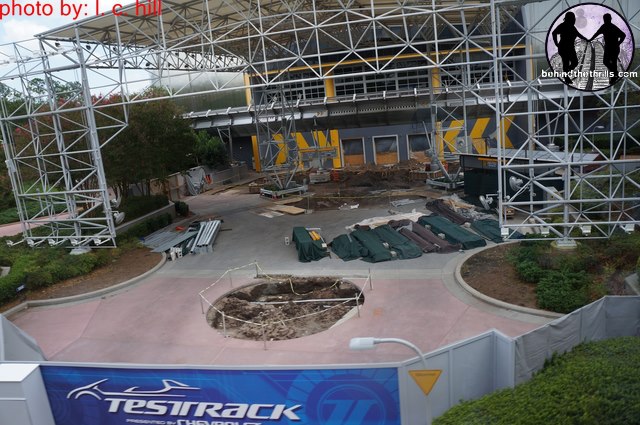 Test Track closed in April of this year, with  the intentions of reopening in December. The huge eight month overhaul is to take out all traces of GM and replace everything with Chevrolet. The cars already started rolling in, but they aren’t just going to be changing the name. They are completely and totally redoing the Test Track Experience. Everything from a way to build your own ride, to even augmented reality have been talked about and rumored. As we wiz by the area on the monorail, you can see that nothing has really changed much on the outside…but then again that is the outside.

Meanwhile over at Magic Kingdom, Fantasyland continues to blossom as finishing touches are being put on rock work, and even more wall turrets are being put into place. 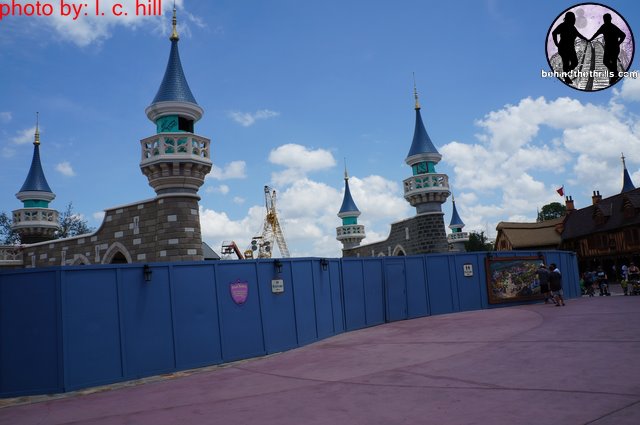 Meanwhile some weird wall has been put up over by the Snow White Mine Train ride. It looks as if Disney is trying to say “Don’t look at me, I’m in invisible!” 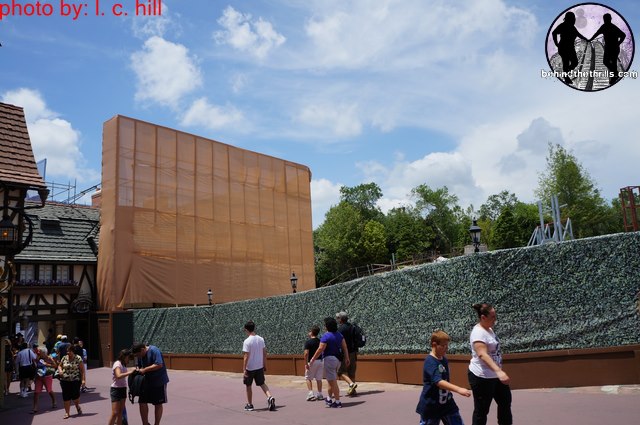 Now let’s rant a little bit. EPCOT was my hands down favorite theme park in the world…ever…..was. It had just that little spark…of inspiration, that’s at the heart, of all creation. From the Living Seas, to Journey Into Imagination, it was simply amazing. But for quite sometime, EPCOT has become the red headed step child of the Disney parks. They have taken out many beloved attractions and replaced them completely. If they haven’t done that, they’ve stripped them of all the charm of anything it had. 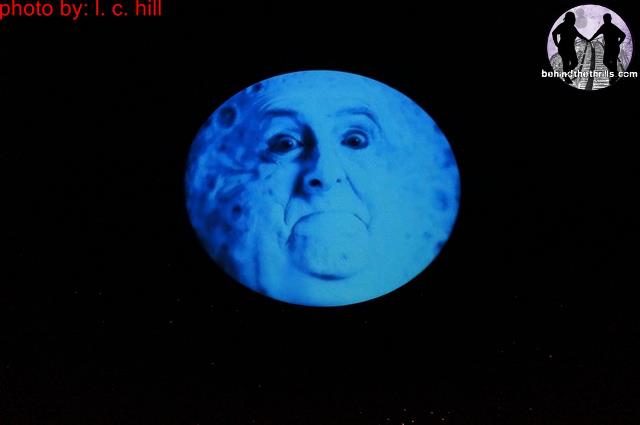 Let’s look at Imagination. I love Eric Idle, I love shrubbery, but to take out DreamFinder in exchange for a Knight that says “Ni” just hurts. Okay, so let’s say we take out Dreamfinder, and we keep Eric…where’s the imagination? Senses are great, and we need them…very important, but imagination and the senses really don’t tend to go hand in hand. We see the world as it is, and yet our imaginations can’t be bound. Now don’t get me wrong, I’m glad that a lot of the attractions are getting updated…but to replace Sea Base Alpha with talking fish….yeah, so not a fan. 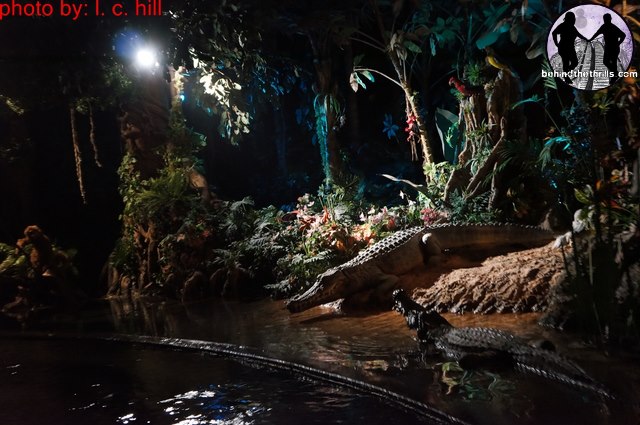 Living with the Land is another one. I love this attraction, but of course I’m older and fat and any excuse to sit down is a good one. I love the greenhouse portions and absolutely love the dark ride elements. With that said, this attraction is very much on the endangered list. People usually tend to bypass it altogether, and if they ride it they’re bored within seconds. 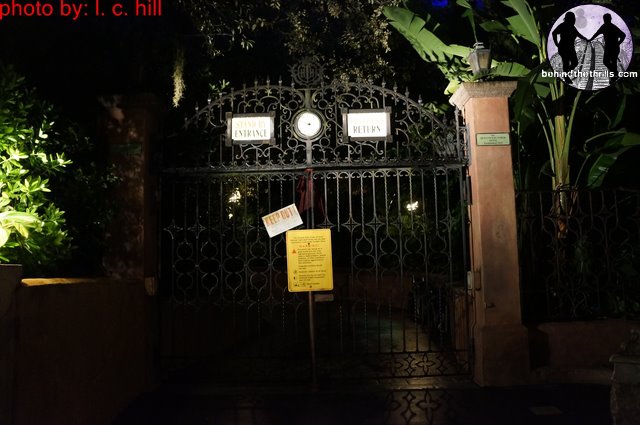 But at the end of the day, it’s all about the details, and Disney gets it right. Take, for example, this entry gate to Tower of Terror. They go so far into the detail of the theme about a haunted hotel that the ride actually has a sign condemning it, and a no trespassing sign. Cool stuff that you won’t see at many Six Flags parks…unless of course the ride is closed, of which there is a good chance.

For more information about Walt Disney World, including the all New Fantasyland, visit the official website!