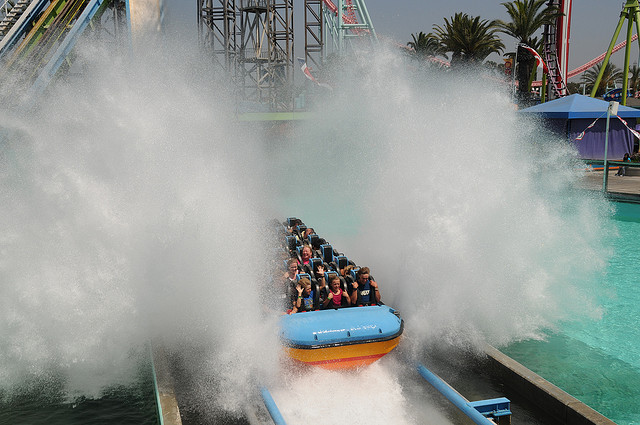 After 12 long and controversial years one of Knott’s largest and most iconic rides will be removed permanently. Perilous Plunge has seen it’s fair share of scrutiny and controversy. With a budget of $9m (based in 2000), the ride was an incredibly ambitious project. For some time, Knott’s Berry Farm was able to boast having the world’s tallest water ride reaching heights of 120 feet in the air and having a near vertical drop of 77.8°. For some time it also compared itself to being similar to riding Niagara Falls. The ride certainly didn’t lack in the overall thrill category.

However in late September of 2001 there was an accident due to a restraint failure causing an obese woman to be thrown from the top of the ride due to the harsh transition from horizontal to vertical angles at the top point of the drop. She unfortunately fell 100 feet to the ground and was later pronounced dead at a local hospital.  That caused some major reworking of the boats and their safety harnesses, first being retrofitted with a 4 point harness, then later having all new boats ordered which created a much smaller splash for onlookers. 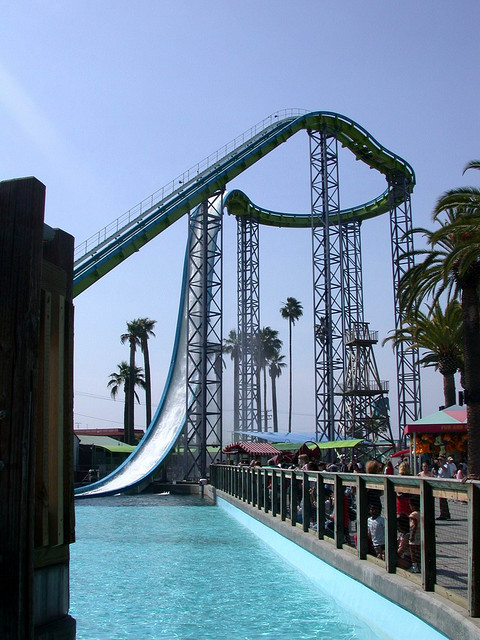 Since 2001 the ride has seen regular downtime, sometimes the ride would miss full seasons causing it to only take up room. Since 2007 the ride has been running more regularly, but is often faced with some regular and rather lengthy refurbishments to keep it up to it’s strict code. 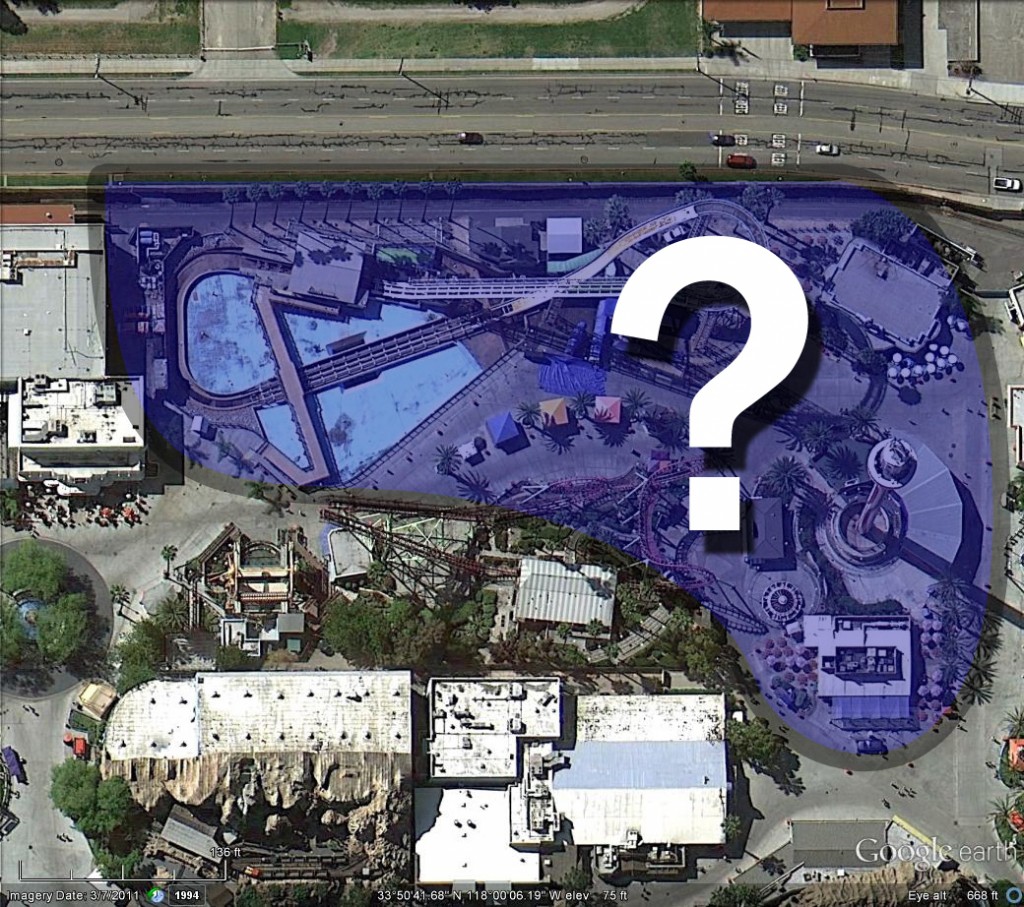 Now this opens up a huge question, what is in store for this area of the park? The rumors of a new roller coaster coming to Knott’s started years ago when markers were found scattered all over the Boardwalk section of the park where Perilous Plunge is currently located. Then it was announced that Windseeker would originally be placed where the Sky Cabin is (adjacent to PP). That was scrapped and Windseeker was moved to a different part of the park which gave fans of the park hope that something much larger was planned for that area. The removal of Perilous Plunge not only opens up a moderate sized footprint, but clears up a lot of much needed vertical space for any sort of sprawling coaster layout. According to the OC register over the past few weeks, the rumors of a new ride have gone into overdrive, and now it’s only a matter of time before something is announced. You may view that article HERE.

A brief release about the closure did not detail why the ride will be shut down except a teaser: “Future plans for the site are scheduled to be released shortly.” Unconfirmed reports of a new ride have worked their way around the park in recent weeks.

We look forward to Knott’s Berry Farms plan to grow and will keep our readers update as soon as an announcement hits!