Outside of Central Florida and the theme parks, other haunts sometimes get over looked. However, there are many great haunts in South Florida such as Fright Nights at the South Florida Fairgrounds, located in West Palm Beach. Fright Nights, which opened in 2001, will be bigger than ever this year with more haunted houses than even before, a midway full of new thrill rides, and plenty of scares to go around. 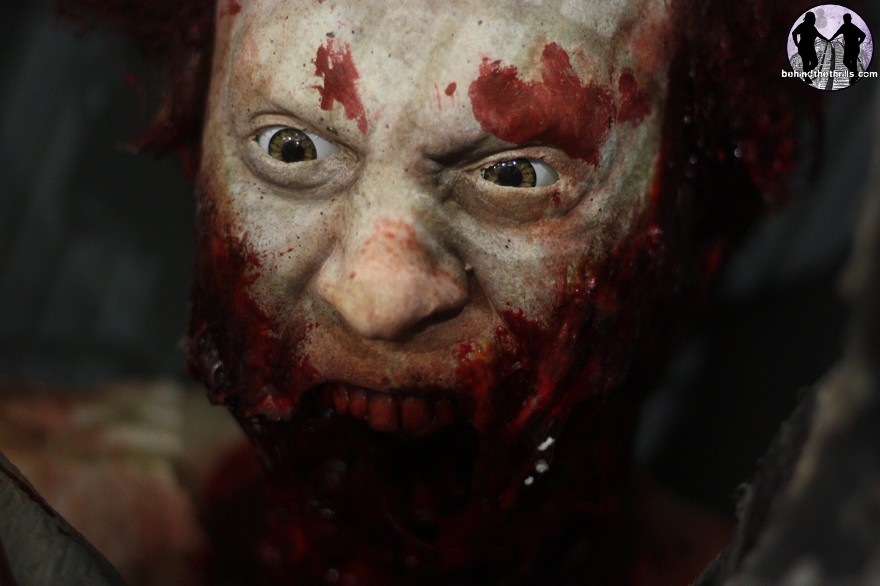 The folks at Fright Nights were gracious enough to let us get a behind the scenes glimpse of what is going into this year’s event to share with you: our readers. While the haunt is still very much under construction, the construction crews are working diligently to bring this year’s haunt together for opening night.

There is still a lot left to do, including: lighting, fabrication, more painting, and of course installing all the props. However, the two haunted houses we were able to tour are starting to look complete in some areas. Although there is still work to be done, we could feel the essence of something horrifying coming to life.

The event will have a total of five haunted houses. Three houses will be in the normal location, one will be located slightly across the midway, and there will be one inflatable house making a return. The event will also have merchandise vendors, lots of favorite fried foods, scares, live music in the queue line, and more.

According to McInnis, “We may not have designated scare zones this year, which some of you scaredy cats will be happy about because we used to make you walk through [them] to get places, but the bad news is that the whole midway is probably going to be a scare zone. You could be getting your cotton candy or Pepsi and a creep could come up behind you and scare you…No scarezones as of right now, but things are still developing.”

For anyone who is looking for employment in the West Palm Beach area, Fright Nights will be hosting a casting call on Sunday, September 16th. Keep in mind you must be 16 years or older to audition. Casting will be taking place through out the day.

Schlitterbahn set to make a splash in Fort Lauderdale