The fog is so thick you can’t see your hand in front of your face, but you hear something creeping behind you. You quicken up your pace, trying to cut through the darkness, hoping to escape the footsteps echoing behind you. You turn the corner, and slam right into a horde of flesh hungry walkers…zombies that haven’t eaten in weeks. Once you’re inside…there’s no way out. Last night marked the preview of Halloween Horror Nights 22 at Universal Orlando resort. The preview was open to employees and their guests, and we were lucky enough to be a guest. 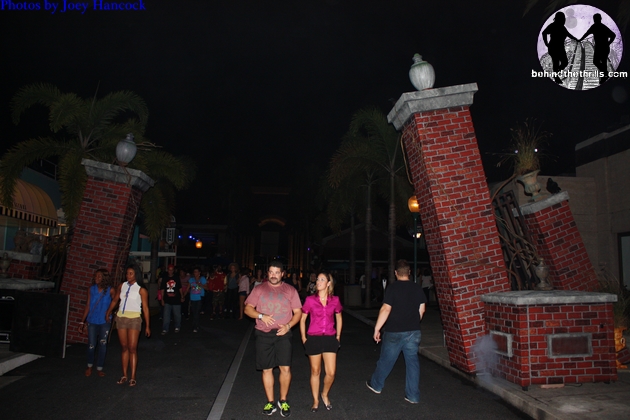 There was only one house on our minds last night…The Walking Dead. We will keep everything spoiler free, but let’s just say that it was good. The thought on everyone’s mind last night, was “will this be just another zombie house or will it be unique”. It was unique. It combined elements of the show with great scares. 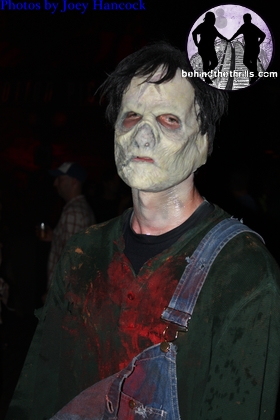 Then there was the street experience, wow. The Walking Dead area is just about the only area where you will see a the same group of monsters in one area. There are walkers there all the time, and when there’s a cast change…look out. 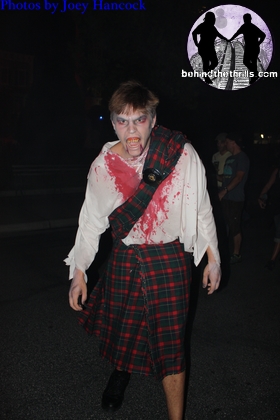 Wednesday was a dress rehearsal, and a lot of things feel like they will be tweaked on the way to Friday night’s opening. As for the overall feel of the event, say what you will about lack of story or theme, this feels like a good ole fashioned HHN. The atmosphere is there, and the fog is definitely everywhere. It’s blinding at times, which makes it all the more fun. 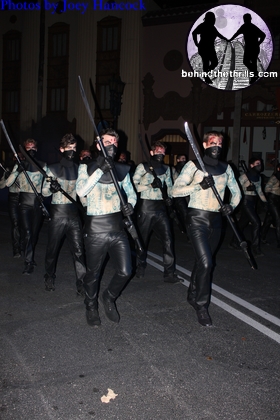 As for the whole idea of no safe zone, it’s there but the bugs are still being worked out of that idea. We did see a few actors dive into Mel’s Drive-In for a good scare, and quite a few being chased on the sidewalks. 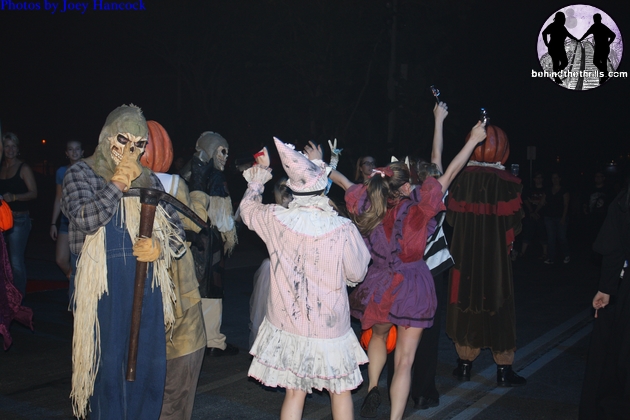 Again, we must stress that this was just a preview, and it was not open to the general public. Also, we wanted to wait to do all the houses and shows. Many things will be added and cut between now and Friday night.

The street experience was a marvel to behold, just with the different types of actors that were out.

The event kicks off officially Friday September 21st. Follow along with us on Twitter as we check out the media preview Friday and hang out with Penn&Teller! We’ll also be bringing you tons of pictures coverage via Twitter during the event! Then check back here for high resolution pictures and video of the event on Saturday, plus a little more detail on what you can expect.