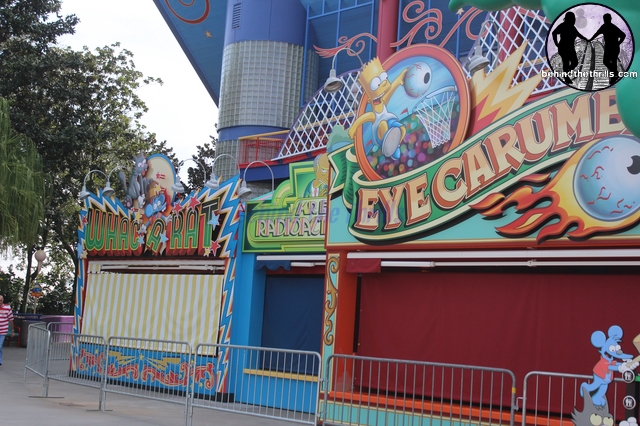 The game facade to The Simpsons Ride has totally changed since I was last in the park. The game facades went from funny, comical displays that once held queue line, to actual game facades. The games aren’t actually open yet, but several of them look ready to go. Take note that Universal has also replaced several benches and the stroller parking area near the exit of the ride with a hoop-shoot game that is now open. 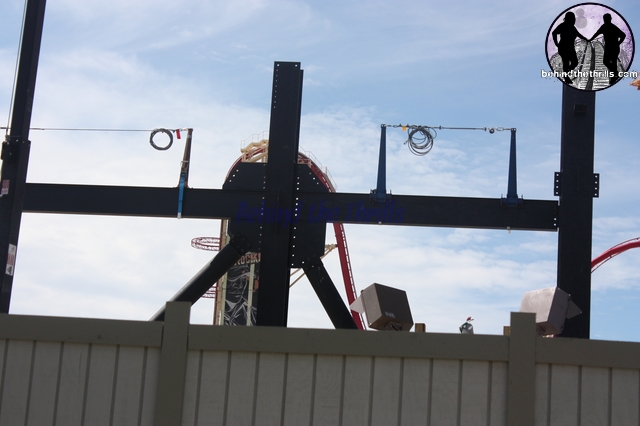 Soundstage 44 construction seems to literally be moving around the clock. During the rain and darkness, construction crews worked through Halloween Horror Nights to get even more accomplished. As you walk through Universal Studios, several steel beams stick up above the construction walls. Looks like they’re going to be working on installing the rest of the support structures for the building and then going from there.

Finally, I wanted to mention the old Amity/JAWS area. I don’t have any photos to show, but the wall around the lagoon is complete and vertical structures are going up everywhere. It also appeared Universal may be pouring cement, possibly to re-route the walkway that takes guests through the construction area.