Sneak preview of Fright Nights at the Winchester Mystery House gives a look at terror, flashlights and doughnuts!


0
Fright Nights returns for a second year at the Winchester Mystery House with new scares and exciting additions. This eerie attraction opens its doors this week, on September 28, 2012. I was invited by Behind The Thrills to take an exclusive first look at the all new maze, The Curse of Sarah Winchester Resurrection and learn what Fright Nights has to offer this year.
At this special sneak peek, Kathrynn Cobbs (the show director of Fright Nights) gave us a daylight walkthrough tour of “The Curse of Sarah Winchester Resurrection”. Ms. Cobbs told guests the chilling back story for this maze and described each scene in gruesome detail as well as potential scares that will occur at night. Scent will play a part in each scene, from rosemary in the church to the smell of cotton candy in Sarah’s séance room. Also the aroma of burned flesh, rotting corpses, whiskey, and swampy marsh will be throughout out the maze. A few actors were spread out through different scenes to give guests only a taste of what the attraction has to offer. 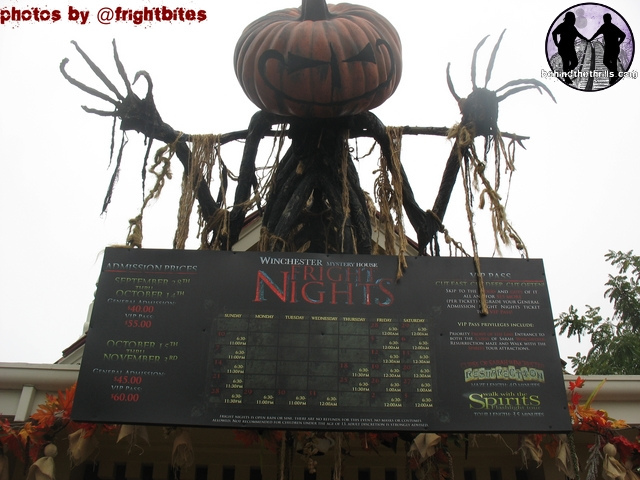 We also spoke with Producer Brett Tomberlin about what guests can expect, and took a look around the area. Of course, it’s much different in the daylight.
httpvh://www.youtube.com/watch?v=sD3AfcCcyZo
One of the many new scares is the slide stunt that occurs in the interior of the greenhouse. In this scene the plants have come to life and are taking over the gardeners, transforming them into trees themselves. The slide stunt will feature a plant like creature that will slide down a clear slide terrifying unsuspecting guests. The slide is not visible at night creating a very effective scare. 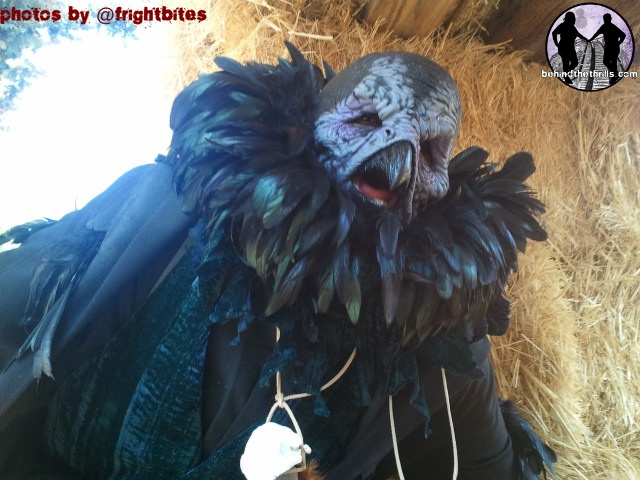 Winchester Mystery House brought in a lot of people from Universal Studios in Southern California to build, create, and bring this maze to life. This is longest maze attraction in the United States at 40 minutes with 30 show scenes and 110 actors. This will be one insane maze. 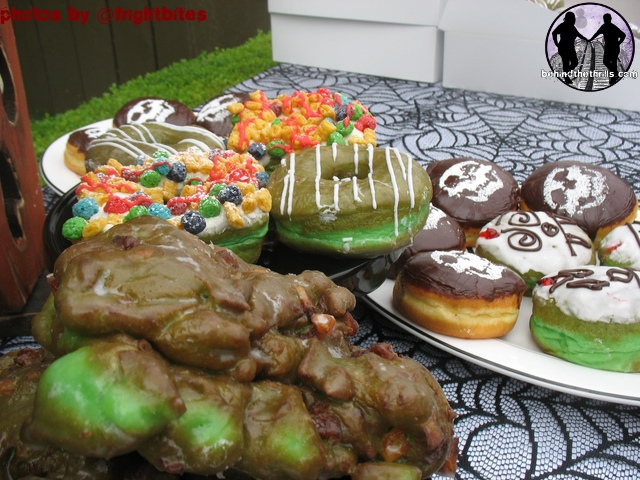 Frights Nights has a great line up of sponsors this year. Ghirardelli, Psycho Donuts, and Dead Dogs are a few to name. Psycho Donuts created two special donuts that will be sold at the event. These creations are “Sarah’s Lucky 13” and “The Winchester Skull”. At the media event guests could taste these ghoulish delights. They were quite delicious and will be a hit at the event.
We urge you to take a look at the Psycho Doughnuts website, and give them a try yourself!
httpvh://www.youtube.com/watch?v=w3E-V8XvjeM
After getting this exclusive walkthrough maze, I can’t wait to see the house come to life at night. With all the new additions and the insane maze length this will be one amazing event that will not disappoint. Fright Nights will also feature an all new Flashlight Tour where guests will venture into this mysterious mansion…on your own. Sounds very creepy indeed.

Fright Nights starts Friday September 28th and runs select nights all the way to Halloween!
For more information on Fright Nights at the Winchester Mystery House, visit the official website! 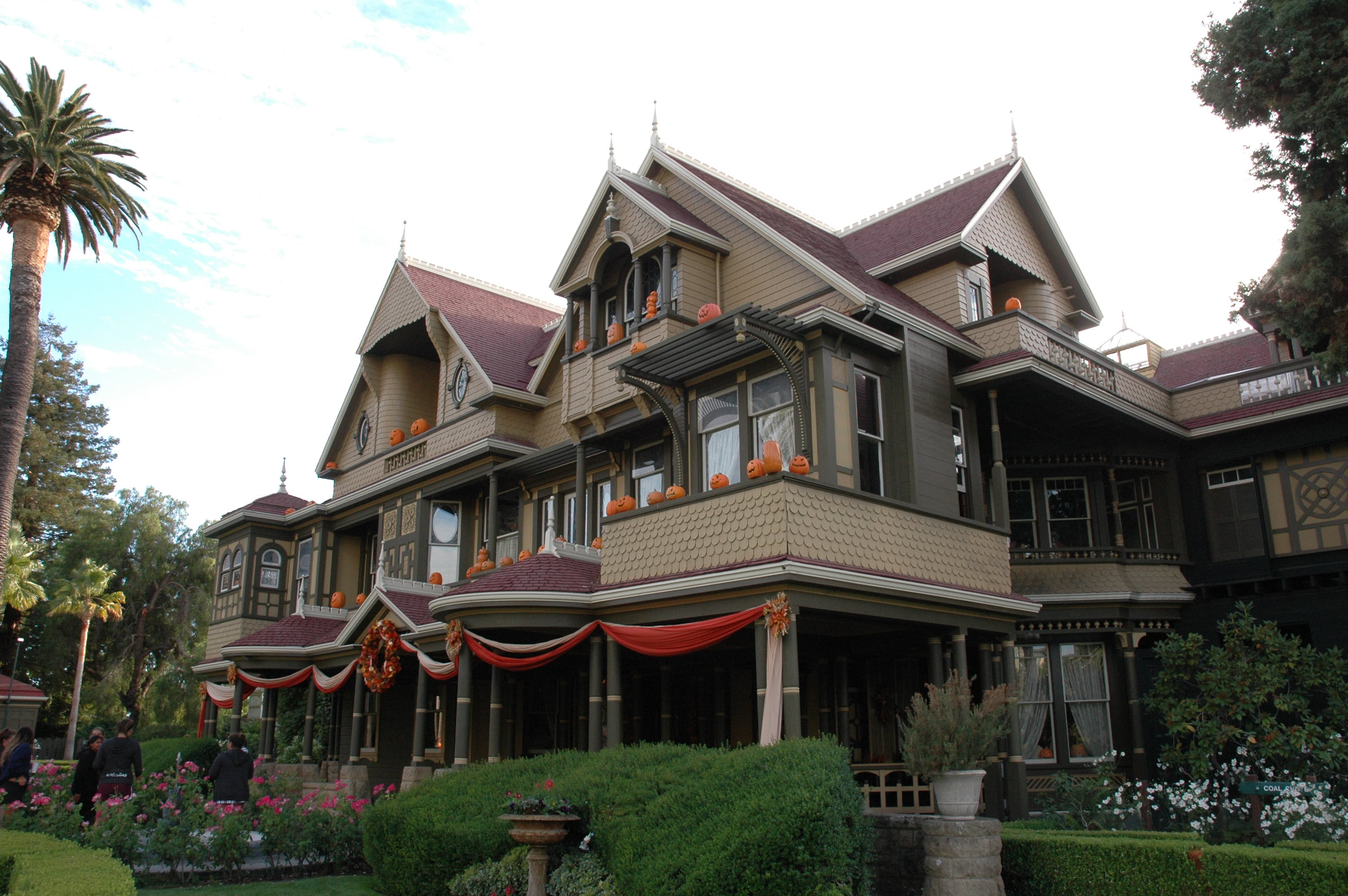 Hammer Films to take on the Winchester Mystery House