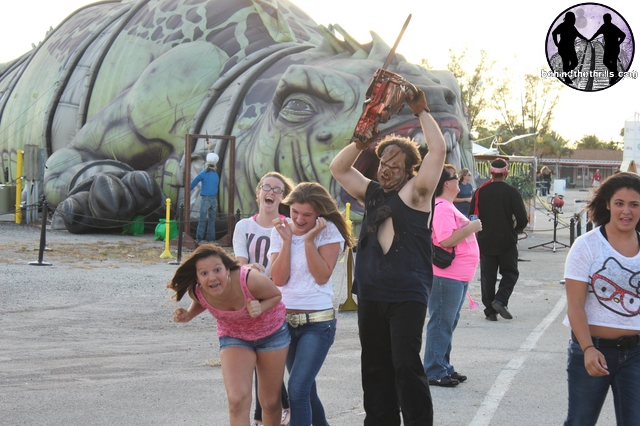 The fairgrounds are not only known for concerts and the fair every year, but it is also known as the home for Fright Nights each October. Fright Nights opened it’s gates earlier this week on October 11th with a total of five haunted houses, roaming scareactors on the midway, 12 rides, merchandise, and more. 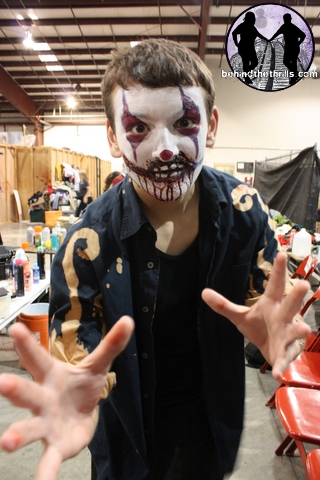 We popped into the Fairgrounds Saturday night to take a look behind the scenes at make-up with the creative director of the event, Craig McInnis, before checking out the event itself. 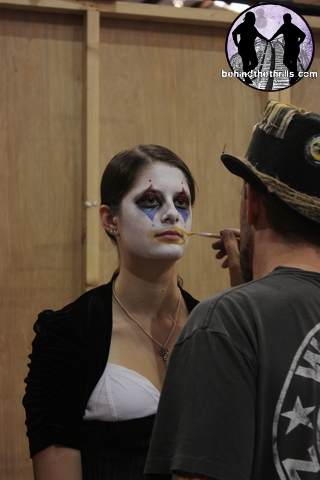 We watched Craig do make up on several different scareactors for the house Carnival of Creeps, which is a clown-themed house. The guys at Fright Nights truly took some very-ordinary house-hold items and turned them into truly something gory. In fact, we learned a few make-up tricks we’re going to try out sometime in the future.

After watching make up, we set foot into the streets as the haunted houses opened. No matter which direction you looked, it seemed like the chainsaw guys were always chasing someone up and down the midway. The midway also offers fair-type food, including hot dogs, funnel cakes, mexican food, pizza, and more. On top of the food, there are also twelve rides that are included with admission (but you might want to try these before you eat). 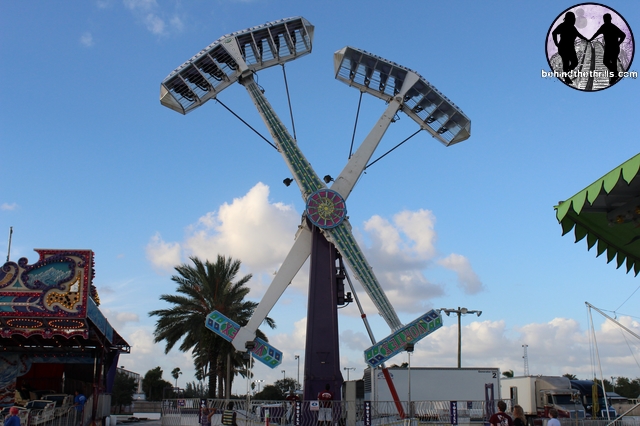 If you can stomach the zero-gravity rides, and the rides that flip and spin you – more power to you! There is also a gentle Ferris Wheel that offers an excellent view of Fright Nights.

Here’s some photos from the midway: 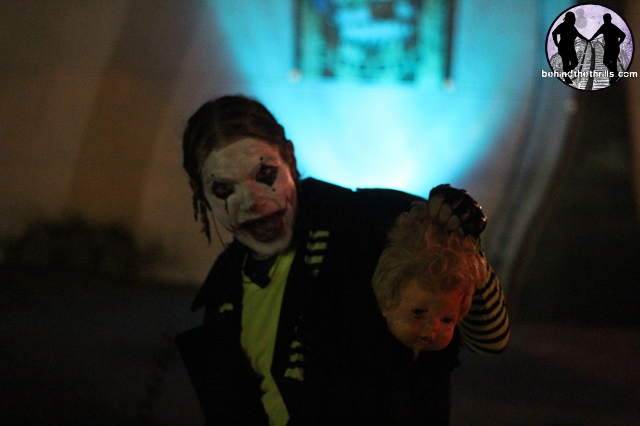 Carnival of Creeps was a lot of fun! This is by far my favorite clown-house that I have been through this year. The house is very long in length, but it doesn’t feel like there are any dead spots. The scareactors really make the house though. They were full of energy and in your face the entire time. These guys weren’t afraid to put on a show and scare the hell out of you! 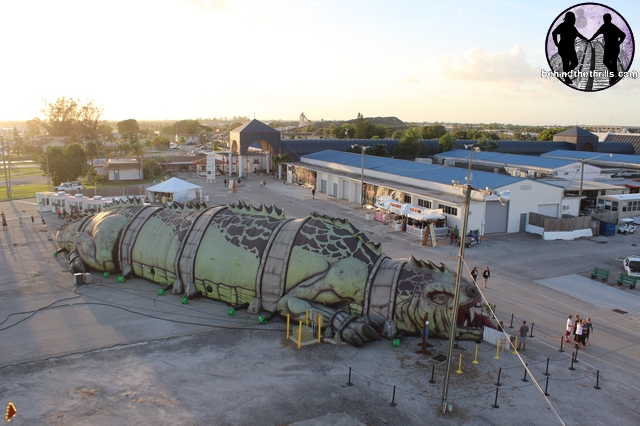 The Creature has deceiving looks. This is an inflatable haunt, and though I have never been inside one, it was a very different and unique experience. Upon entering, it seemed like it was going to be a quick walk through. However, it is set up very well and the walk through was much longer than I expected. Although we walked through during day light, it was very dark inside and the scareactors were on point and ready to scare. My favorite part was the fact that the monster farts you out.. literally.

My only advice if you are visiting Fright Nights is to take your time in this one. The ground is a bit uneven because it is set up in the grass and there are a holes here and there.

Santa’s Workshop is not the place to take your kids if they still believe in Santa. This demented and twisted house shows the dark side of Christmas.. and Santa. The actors inside Santa’s Workshop were also full of energy and in your face the entire time. We actually had one elf follow us just about half way through the house, praying on the guests before us.

Fright Nights is very unique in it’s own way. Unlike other haunts, they pulse the line and send small groups into the house at a time. Before the lines started to get extremely long, the staff at the front of the houses were splitting the line into groups of nine, which made for a scarier experience. Who knows where they’re hiding until they pop out at you?

The Terror ticket at Fright Nights includes unlimited admission to all the rides and a choice of three of the five haunts. Tickets are $25. To purchase your tickets, click here.