Every generation of children, in every city everywhere has that story that parents tell their children to get their children to behave. They were the stories that parents, in a last ditch attempt to make unruly children listen, would tell to kids. The stories usually would keep the kids up all night and keep them in line, listening to every word their parents warned them about…at least for a while. For children in Southern California, it was La Llorona. This year at Halloween Horror Nights in Hollywood, they have once again brought the stories of La Llorona to life with their all new house -La Llorona: La Cazadora de los Niños (The Child Hunter). Universal wants to hear your tales of La Llorona. 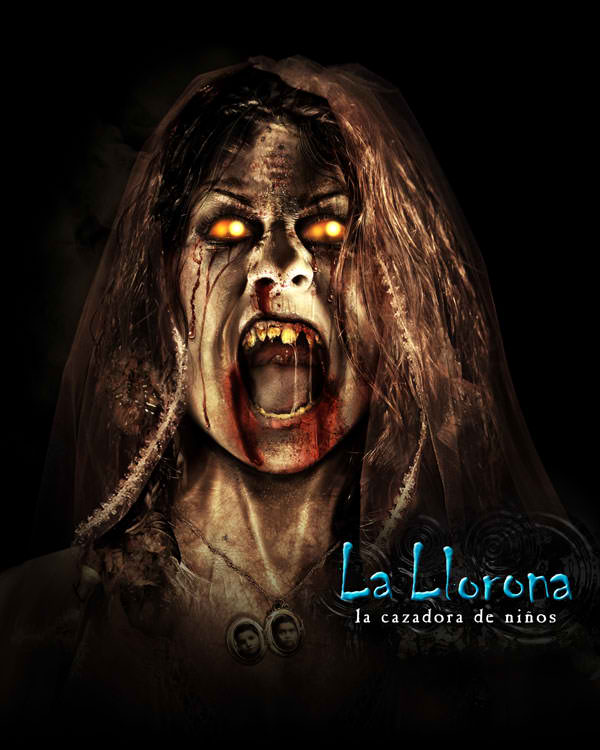 Universal Studios Hollywood has enlisted the help of movie and TV star Wilmer Valderrama to gather your stories of La Llorona.

Personally I grew up in South Florida, so I don’t have any stories of La Llorona. Growing up in Florida, we have several ghosts and legends, depending on who you talked with and where you were at the time. The biggest legend was that of the Swamp Ape. Venture out too far on your own, and you’ll be dinner for the Swamp Ape. My favorite of the stories involved Two-Toed Tom. He started out as a massive alligator, but by the time he got to my generation he was a half man-half gator creation that fed on cows and children that ventured out after dark. Being in the Boy Scouts as I was younger, we went camping in many areas where old Tom was known to be. None of that, however, was scarier than the real life tragedy that happened than that of young Adam Walsh, who was abducted in Hollywood Florida never to be seen from again. Of course, famously his head was found in Vero Beach, my hometown. That was enough to keep most children clinging to mom at all costs.

What are your stories? Do you have any specifically about La Llorona? Were you warned as a child against meeting her? Do you swear that you heard her wails, or saw her ghost? Share them with Universal Studios Hollywood on Twitter, using the official hashtag #LaLloronaDiaries or on the Official Facebook page and your stories could be shared!

If you haven’t already, visit Universal Studios Hollywood on select nights for Halloween Horror Nights, where the spirit of La Llorona comes to life in frightening new tales, as she goes from the wailing ghost to the Hunter of Children.

TAGHalloween 2012 HHN Hollywood Universal Studios Hollywood
Previous PostLegoland Florida celebrates it's first birthday, and gives you the gifts! Next PostFoolish mortals bid on a chance to own their own Haunted Mansion