New Yorkers awoke to a three story tall ice castle looming in the middle of Times Square. There wasn’t an overnight ice age renaissance, but instead it was all part of the huge announcement on Good Morning America for Disney’s 2013 promotion. Limited Time Magic will be miniature week long celebrations held at all Disney parks each week, all year long. Like the ice castle (a replica of Cinderella’s Castle at Walt Disney World in Orlando), the time of each celebration will be short, but the fun and memories that they will provide will last a lifetime. 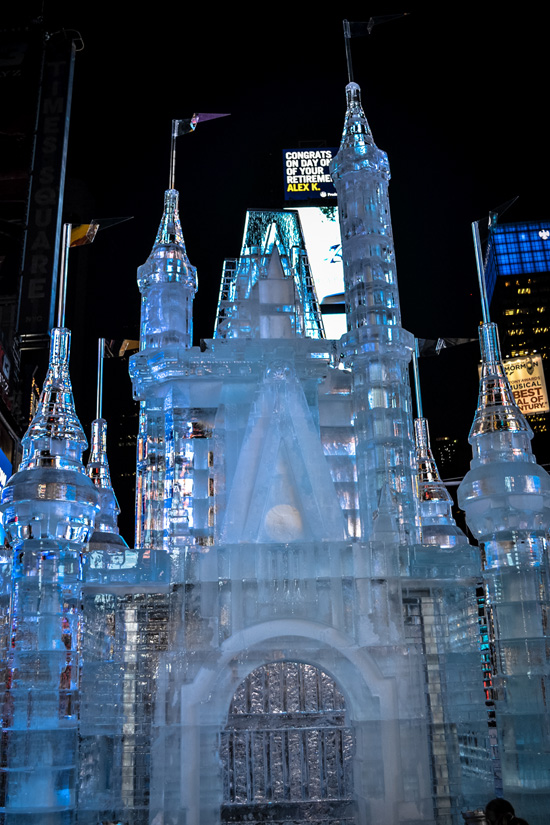 Each week, The Disneyland Resort in California and the Walt Disney World Resort in Orlando will feature extra sprinklings of Pixie Dust induced magic that will last just a short time. The promotion is described as “52 weeks of magical surprises”. Beginning in January 2013, each week will celebrate something different. You may have special themes for the week of Valentines Day, there will be a Villains week, and other special surprises that Disney wants to keep hidden for now.

According to the official Disney Parks Blog here’s just a tidbit of what you can expect at this year long magical celebration:

And that’s just a fraction of the surprises that await guests next year as they make Disney parks their vacation destination. 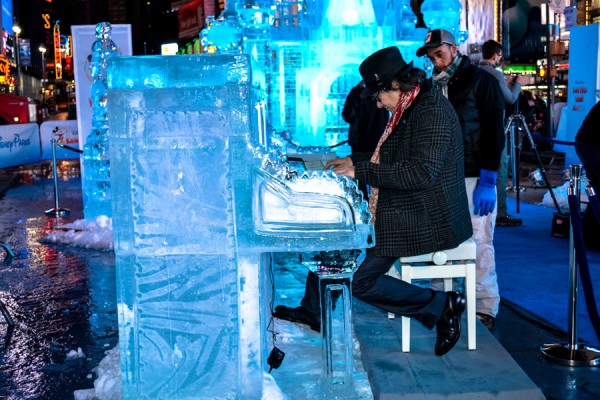 Disney wanted to make a lasting impression, so they constructed a fleeting winter wonderland right in the middle of Times Square. They used over 45,000 pounds of ice to build the 3 story castle, which will stay where it’s at until nature decide it’s time for it to go. For more pictures, visit the official Disney Parks Blog.

Limited Time Magic kicks off January 1st 2013 and will feature tons of new surprises every week! Stay tuned for the latest information.

For more, including tickets, visit the official Disney website!