Disney has been the long standing undisputed king of the “dark ride” with so many of their rides being labeled as classics. When the rest of the amusement industry were building coasters that were built taller and faster and designed to test human endurance, Disney continued to push the envelope with family attractions that offered new ways to entertain and amaze. When rival Universal offered one of the most thrilling and immersive attractions with The Wizarding World of Harry Potter, Disney came back fighting strong with their own huge expansion. At the center of the huge expansion Disney rested it’s hopes on one Little Mermaid. 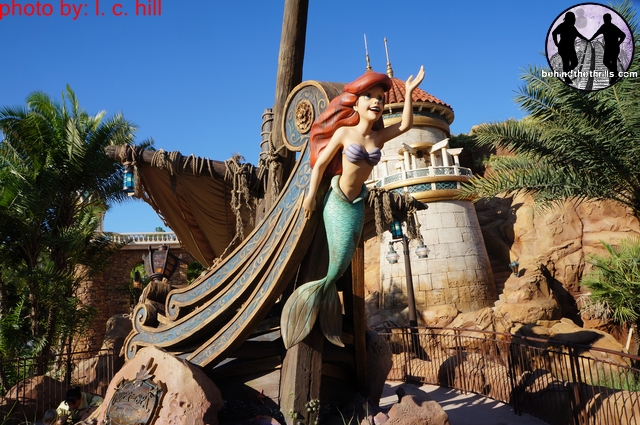 The challenge was obviously to create not only a ride, but an environment that would rival anything that Universal could come up with. Instead of relying on the latest technology and creating some new monster, Disney decided to go back to basics and amp up what has worked for them for years. Enter Under the Sea with The Little Mermaid. The ride is a classic Disney dark ride in every sense of the word.

If you’re unfamiliar with what a “dark ride” is, it’ simply a ride inside a building that takes place on a darkened set. Usually the dark rides have a ride system that moves guests along a track or conveyor of some type, and takes guests through different scenes while watching static and animatronic figures move along throughout the story. Disney has several other dark rides at Walt Disney World such as Pirates of the Caribbean, the Haunted Mansion and of course It’s a Small World. The Little Mermaid, however, doesn’t simply take a dark ride that guests ride through, it creates a world and completely submerges guests into the world of the classic Disney animated film, and it starts as soon as you walk across the bridge towards the ride. 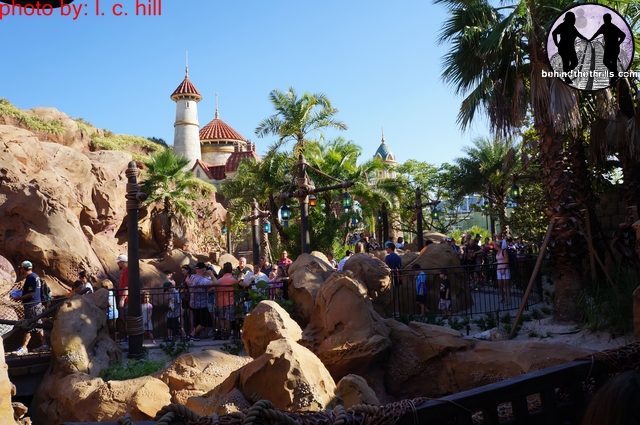 You enter the world of The Little Mermaid and walk through canyons, under waterfalls and even interact with some sea creatures along the beach and in caverns. 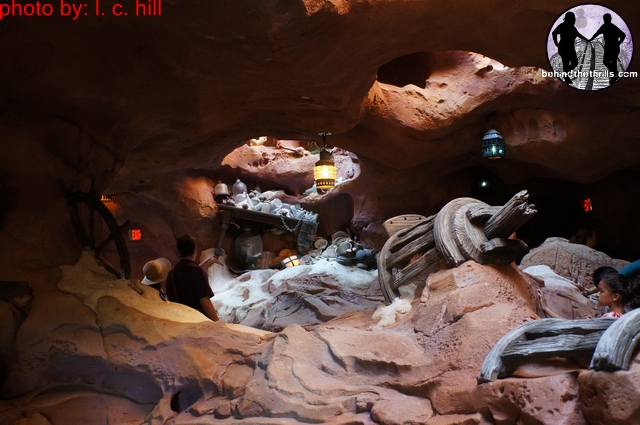 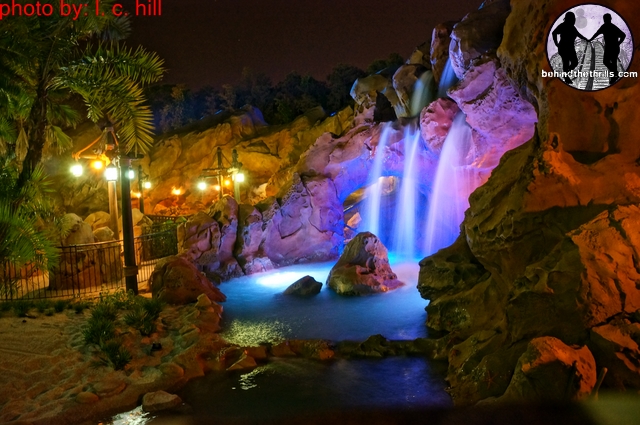 While the queue has lots to discover, it’s the ride that is the main attraction. The ride itself uses the same ride system and technology as the Haunted Mansion, so those with larger dimensions need not worry, you’ll be able to ride just fine. The ride then tells the tale of a mermaid that wishes for more and her adventures on the way to finding true love. While the basic system hasn’t changed, what has changed is the total immersion. Guests are “submerged” under the sea (ha…try getting that song out of your head now!) by a real cool effect involving projectors, and bubbles. 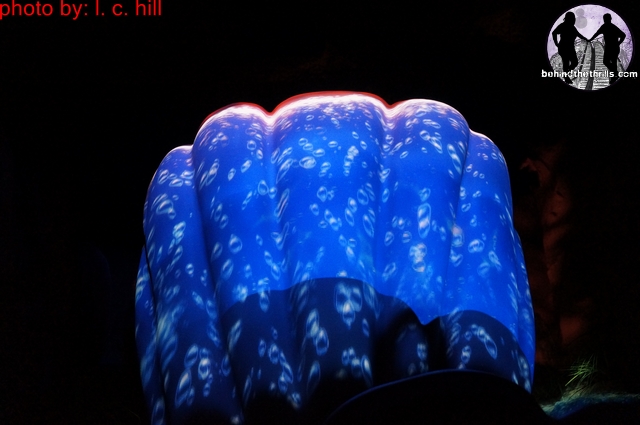 The scenes aren’t anything unexpected, you have several key scenes pulled right from the movie and brought to life right before your eyes. 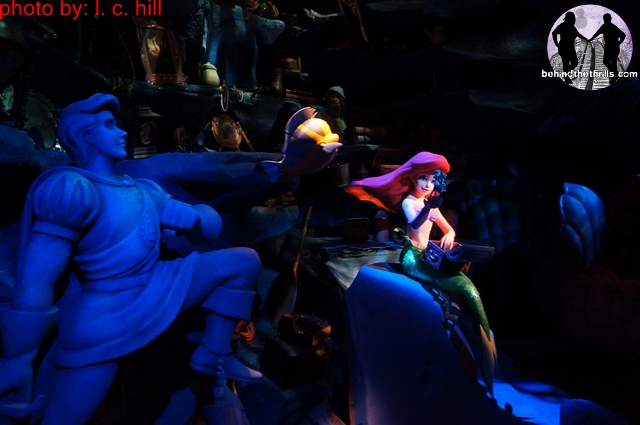 The ride features one of the most articulated animatronics in the park’s history as Ursula The Sea Witch crafts and schemes with the music of Alan Menken, the composer of the original film, who returns to update the score for the ride. 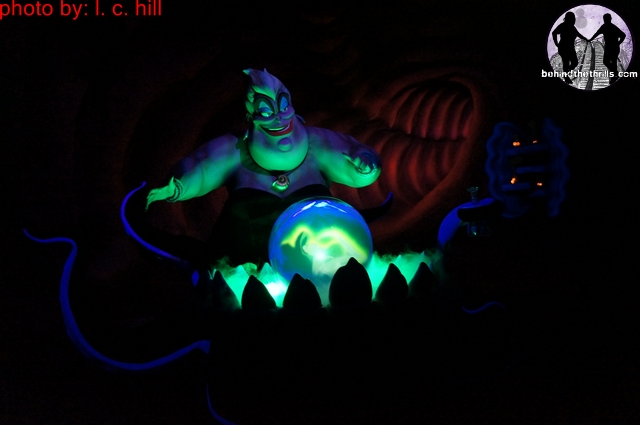 The entire experience is aimed at families and is very kid friendly.

Watch our video below for a full POV of the ride as well as a look at the queue.

The ride is a clone from Disney’s California Adventure that opened last year. While it’s not an exact clone, the ride is fairly similar.

Check out more pictures from The Little Mermaid:

The ride isn’t by any means one of the “most advanced” in history, though it does use some clever tricks to breathe life back into the classic Disney formula. It’s not thrilling, it’s not super advanced and it won’t change depending on your experience. It’s a classic Disney dark ride, and it’s fun for the whole family.

Little Mermaid opens officially on December 6th, but you may catch the ride along with the rest of The New Fantasyland in a “dress rehearsal” from now until then. The area is not currently guaranteed to be open, but many guests have reported the area being open from 10a.m. til 6p.m.(depending on park hours).