Universal Orlando announced last night Transformers: The Ride 3D would be opening Summer of 2013. The surrounding lagoon area roared with cheers of excitement as Optimus Prime took over the Cinematic Spectacular water screens to warn Orlando the Decepticons are on their way to take over. 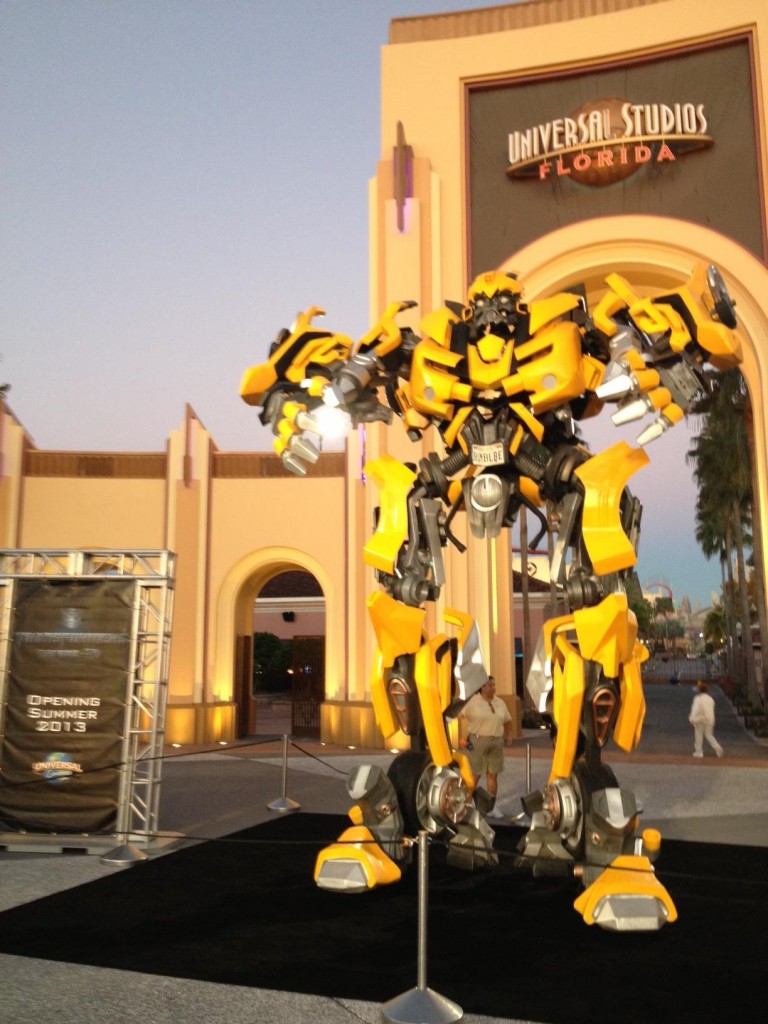 For a limited time, Universal Orlando is offering a special photo opportunity in light of this week’s announcement of Transformers: The Ride 3D. Just outside of the archway leading into Universal Studios is a statue of Bumblebee. Guests will be able to get their photo with the statue this weekend only – so head over quickly before Bumblebee is gone!

Missed last night’s announcement? You can watch it below:

Transformers is slated to open Summer of 2013 at Universal Studios Florida. For more information about Transformers, visit http://prepareforbattle.com.