Concerts, festivals and fun lined up at Busch Gardens Tampa for 2013 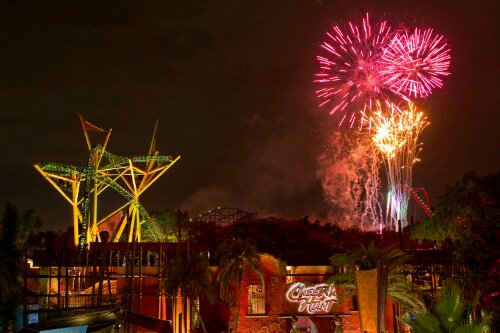 Seasonal favorites return to Busch Gardens Tampa in 2013 with more fun, more bands and more coasters in Florida than any other park in Florida.

Here’s a line up of all the special events coming to Busch Gardens Tampa in 2013:

Jack Hanna: May 18 & 19 Join “Jungle Jack” Hanna for two days of wild animal shows, autograph signings and special meet and greets when he visits Busch Gardens on May 18 and 19. The internationally-known animal expert will share animal facts and his travel tales during animal shows.

Summer Nights: June 8 – August 11 Finale fireworks are back each night of Summer Nights at Busch Gardens, along with an end-of-night show packed with energizing live musicians, singers, dancers and artists from around the world. Their thrilling performance – along with modern music and fire effects – will pump up the crowd every night in Gwazi Park.

Looking for the perfect way to see it all? Busch Gardens is once again bringing back their very popular Fun Card. For just $85 dollars guests can get unlimited admission to Busch Gardens Tampa from date of purchase until December 31 2013. If you want to add SeaWorld Orlando you can get a two park Fun Card for just $149 dollars.

For more information, including tickets and schedules visit the official website.