It’s the End of the World as we know it….Top Ten MUST SEE theme park attractions of the Apocalypse!

The Mayans are back after hundreds of years with a vengeance! They are back to kill not only us, but the whole world by ending their calendar. Yes, we are all going to die in some kind of fiery (and quite frankly, uninspired) last big boom of the apocalypse. While dying is always a bad time, theme parks have come up with new and much more exciting ways to bring about the end of the world. Some of these rides make you survive an apocalypse, while others will put you through apocalypse like conditions and show you what the world would be like if one little thing was changed or introduced. Hell, if we had to go out this way, maybe it wouldn’t be so bad after all. 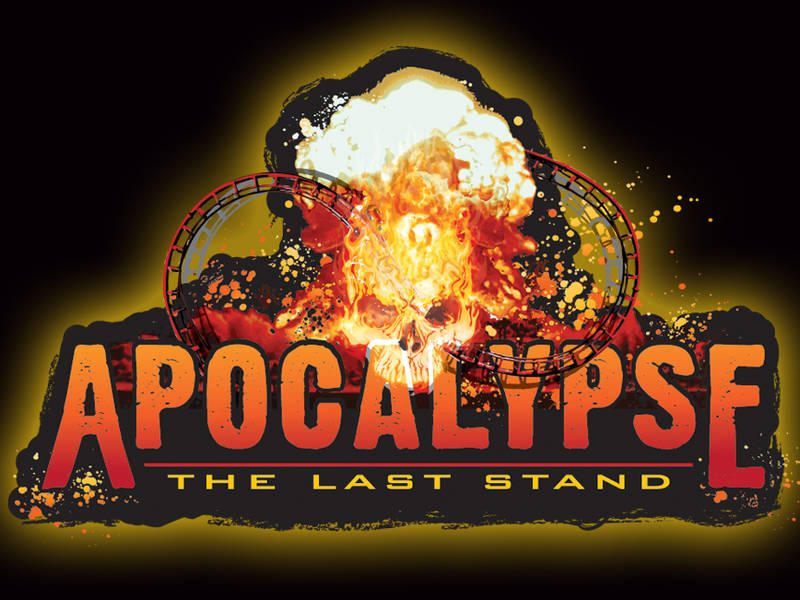 10.Apocalypse at Six Flags America-The first, and most obvious ride of the apocalypse is of course Apocalypse at Six Flags America. It’s a stand up roller coaster that takes you through the end of an apocalypse. The world is gone, and the only thing that survived is this effing roller coaster. Fire, a wasteland, and zombies make this a fun and unique coaster, and a great way to celebrate your impending doom.

9.Apocalypse at Six Flags Magic Mountain-This wooden coaster started it’s life as Terminator:Salvation, based on the big bomb at the box office. Once the film tanked, the coaster was changed. The coaster takes “survivors” through a hellish wasteland filled with pyrotechnics, and fog effects. The wooden coaster was the first to include on ride audio, but like the real apocalypse, Six Flags let the audio on the coaster fall into disrepair and just has the coaster operating as a shell of it’s former self.

8.Apocalypse at Drayton Manor-We hop across the pond for our third and final (I promise) ride named after the death of all humanity. This is a completely different ride. Instead of a coaster, it’s a drop tower in which you are hoisted up, and then dropped. The theme is that of a scientific operation gone horribly wrong. Riders can choose to ride in one of three ways. Sitting down, standing up, or standing up with no floor. You are lifted up and dropped into oblivion, never to be heard from again

7.Oblivion at Alton Towers-From a drop tower that drops you into oblivion, to a coaster that shatters your soul to oblivion. Oblivion at Alton Towers is the first dive coaster in the world. It was the first coaster to drop riders face down, 90 degrees. It’s since become a bit of an antique, with other bigger, badder faster dive coasters but it’s still the only one that drops you straight down into the pavement…and sends you straight to your doom.
http://www.youtube.com/watch?v=8MxRPwpwirQ

6.Primeval Whirl at Disney’s Animal Kingdom-This ride is a bit of fun, but still manages to try and kill you (figuratively of course). Primeval Whirl is a pair of wild mouse spinning coasters at Disney. The coaster sends you back in time to the age of Dinosaurs, right before the meteor that killed the dinosaurs hits. It’s all tongue and cheek fun, and gets you back to your time before you become a fossil.

5.Dinosaur at Disney’s Animal Kingdom-This ride was originally called Countdown to Extinction, but was rethemed and renamed to match the Disney film of the same name. The ride puts you back in time to the age of dinosaurs, right before the meteor hits wiping them all out. Your job is to bring one back. This ride is in the dark, and has you facing all kinds of mean, scary dinos who want to eat you. Oh yeah, you almost die by getting hit on the head with an asteroid.

4.Twister at Universal Studios Florida-Twister is more of a show than a ride, and it’s based off of the hit film starring Bill Paxton and his ego…I mean…Helen Hunt. Twister puts you right in the path of an F5 tornado. F5’s are often called the finger of God because of the destruction they leave behind. Twister uses special effects, and technical wizardry to make you feel like you’re walking outside during the middle of a tornado.

3.Nemesis Sub-Terra at Alton Towers-This ride is a sequel of sorts to another ride at the park…Nemesis. Nemesis is a coaster in which a giant alien terrorizes the earth. This one is a very well themed drop tower in which you are invited to see a “contained” egg of the alien that was wreaking havoc. Of course, the egg hatches and all hell breaks loose. Once you think you’re safe, you get into an elevator which is then tore to shreds by the beast.

2.Jurassic Park River Adventure at Universal’s Islands of Adventure-What happens when DNA researchers bridge together humans and dinosaurs for the first time in 65 million years? “Ooh and Ahh” that’s how it always starts, but then there’s running and screaming! Okay, maybe not running…since it is a river adventure. You board a boat for a tour of the Jurassic Park facility, and of course things go wrong and you’re sent straight for the raptors. You escape…barely through the legs of a giant T-Rex.

1.Disaster at Universal Studios Florida-In a world blinded by greed, an ancient elemental force awakens to take her revenge! It’s the latest film by Disaster Studios, and a complete and total blast of movie making magic as you are put through some of the effects that major motion pictures go through. If an earthquake, fire, and fake trailer isn’t enough…maybe Christopher Walken is..you’re welcome!

So what if the Mayans are coming, theme parks have thought of better ways for decades to destroy the world! Whether it be by coasters, dinosaurs or Christopher Walken, we hope you die with fun and style!

Thanks for reading with us, and here’s hoping the Mayans have great theme parks on the other side!